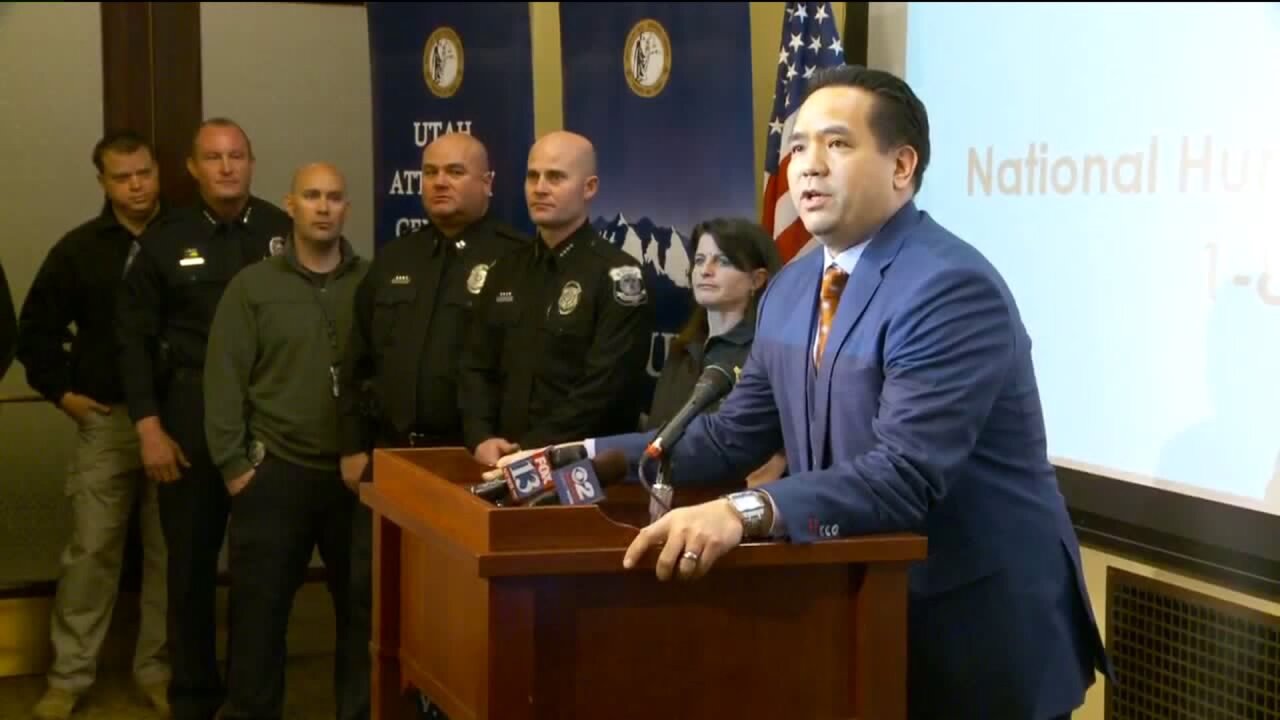 SALT LAKE CITY — The Utah Attorney General's Office has postponed a rally to draw awareness to human trafficking and child exploitation after questions were raised about potential links to the fringe online conspiracy theory QAnon.

The Saturday event was to feature Utah Attorney General Sean Reyes, who has been a longtime activist against human trafficking. Rep. Angela Romero, D-Salt Lake City, who has passed legislation to combat the problem, was also a featured speaker.

But questions were raised about whether "Freedom for the Children" had links to QAnon. The attorney general's office initially said it had no connection with separate "Save the Children" events that were also facing scrutiny about ties to the far-right online conspiracy theory. NBC News reported the events have some links.

The Wall Street Journal reported the unsubstantiated QAnon conspiracy theories "center around the idea that a cabal of Satan-worshipping pedophiles—mainly consisting of what they see as elitist Democrats, politicians, journalists, entertainment moguls and other institutional figures—have long controlled much of the so-called 'deep state' government, which they say seeks to undermine President Trump."

The Republican attorney general's office and Rep. Romero were tagged in tweets raising concerns about the event and whether it was being hijacked by QAnon supporters. Rep. Romero was the first to bow out, saying that after doing some research, she no longer felt comfortable participating.

In a statement issued late Friday, Reyes' office announced the event would be postponed.

"The postponed event was a partnership between the AG's Office, 3Strands Global Foundation, members of the Utah Trafficking in Persons Task Force, government officials, other non-profit organizations, and concerned citizens. Most of these groups and individuals are integrally involved in human trafficking legislation, education, investigation, prosecution, and trauma-informed aftercare in Utah," the statement said.

"However, upon receiving further information, including careful investigation of citizen input, event organizers determined that there were too many questions about one of the partners, and rescheduling this event would prevent public confusion with unassociated agendas and political causes."