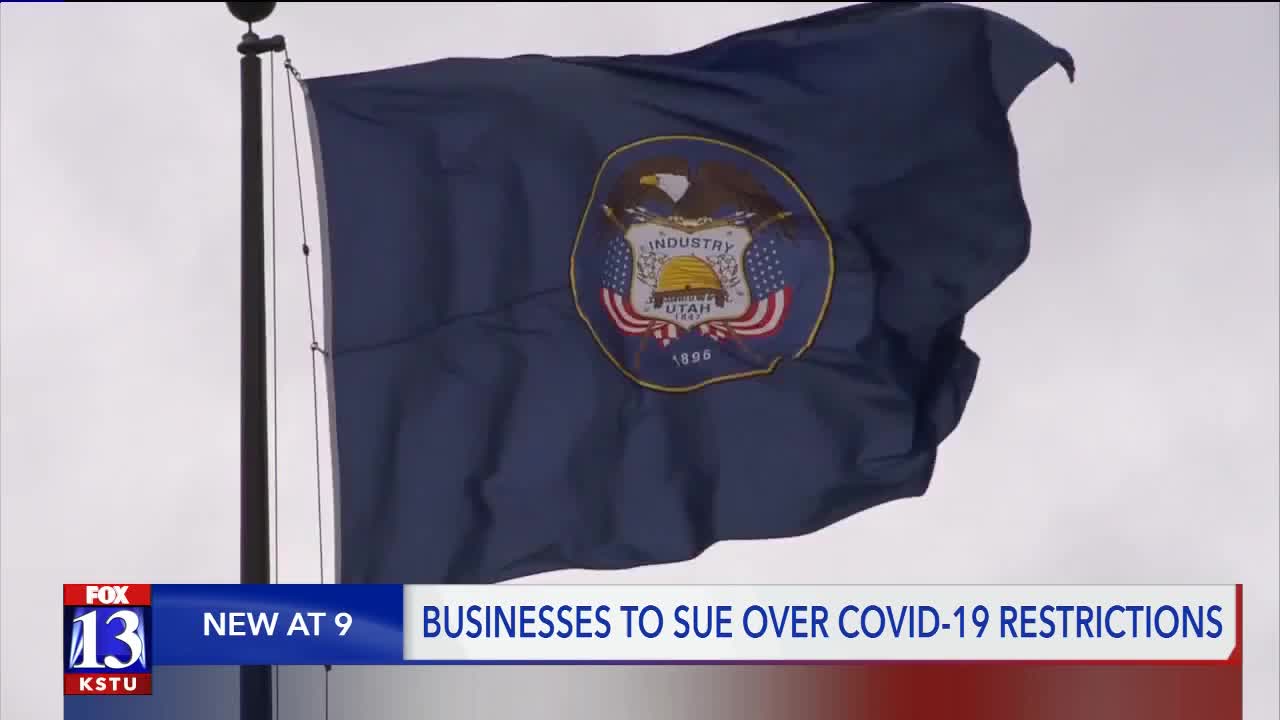 Multiple businesses in the state have joined together with lawyers to soon file a lawsuit against leaders who placed COVID-19 restrictions on Utah companies.

SALT LAKE CITY — Multiple businesses in the state have joined together with lawyers to soon file a lawsuit against leaders who placed COVID-19 restrictions on Utah companies.

Among those named are Governor Gary Herbert and Lt. Governor Spencer Cox.

“Utah attorneys are filing a class-action lawsuit against Utah Governor Gary Herbert and Lt. Governor Spencer Cox on behalf of Utah businesses devastated by their decisions to shut down many of the state’s small businesses, especially in Salt Lake and Summit Counties, in alleged violation of plaintiffs’ state and federal Constitutional rights," the press release sent out on Friday read. “Utah’s infection and death rate were among the lowest in the nation, Herbert and Cox chose to extend draconian restrictions that have devastated tens of thousands of Utah businesses, and cost the state 10 percent of its jobs so far.”

One of the companies involved is Epic Party Events owned by Kerby Barker.

“We wouldn’t have minded if we lost customers because they felt like they didn’t want to do it. Once the restriction of 10 or smaller hit, we lost everyone,” Barker told FOX 13. “The restrictions each time were literally the thing that cut our business.... and we went from doing well too zero overnight.”

Barker doesn’t want this to be about money, but instead he told us it's about starting the conversation over what happened to businesses because of Utah's restrictions.

He has even received negative reviews online because of the lawsuit.

“[Companies] get bad reviews, like literally what’s happening to me… And so I’m willing to take it because I know that more people need to understand what happened to these small businesses," Barker said.

Barker struggled through the last few months, maxing out his credit cards to keep the company afloat and through it all having his third child during the pandemic.

“We did get a PPP advance which was not nearly enough to keep us afloat,” Barker said. “They declined our loan because of our credit score, and our credit score went down because they maxed out our credit cards because we couldn’t be in business.”

Governor Herbert’s office and Lt. Governor Cox’s office both have policies to not comment on ongoing litigation when asked about this lawsuit.

The case is expected to be filed sometime before the end of the month.