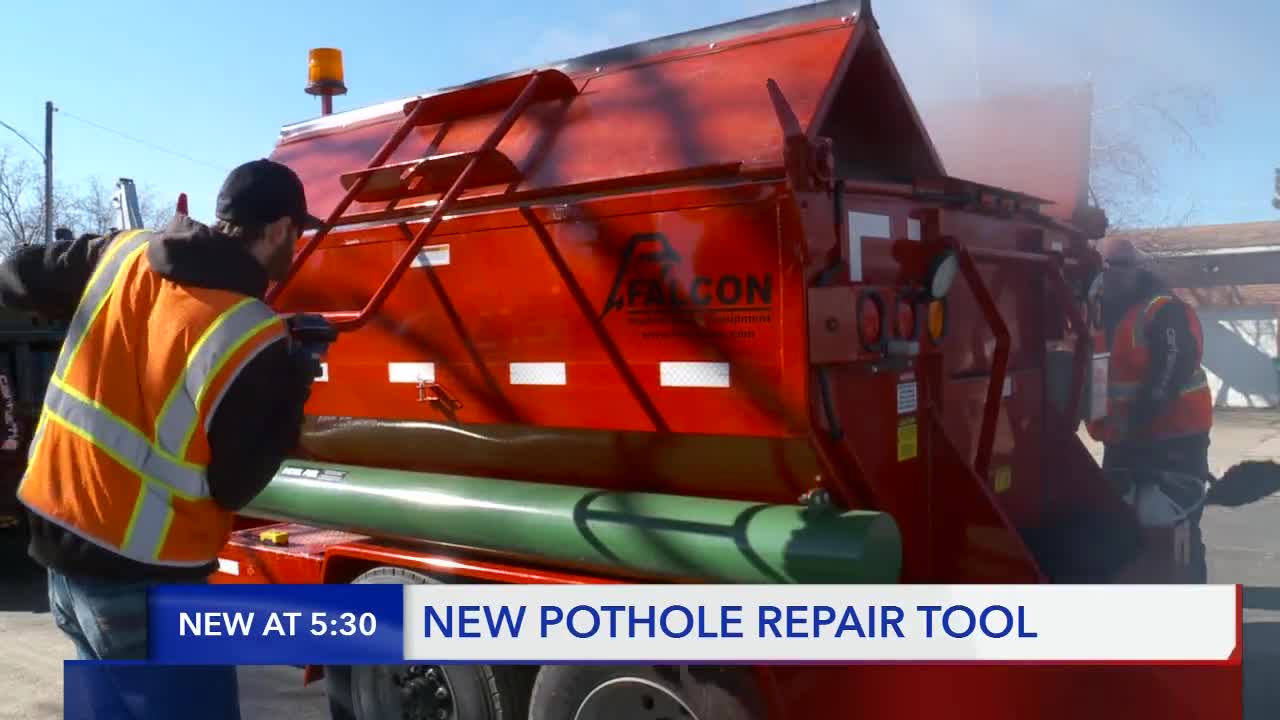 LAYTON, Utah — As Utah enters the season of potholes and road repairs, one city has a new way to patch up the streets that is cheaper and faster.

The machine is about the same size as the truck that pulls it. Inside the bright red metal basin, hot asphalt that dumps out onto the street at 300 degrees Fahrenheit.

“If we’re not plowing the snow and it’s dried up enough, we’re using it several times a week,” Garside said.

Once crews have a pothole cleaned and ready, they tilt the bed of the reclaimer and open a door to let the hot asphalt out. As soon as it hits the pavement, crews use shovels and rakes to spread it evenly across the open space. Once the hole is filled, they bring in a steam roller to pack it down and smooth it out.

The process only takes about ten minutes. But it brings the city long term results, and it’s a fraction of the cost.

“We’ve used historically, what’s called a cold mix, we’ll put that in as a temporary fix and the material is pretty expensive,” Garside said. “This now will give us the option to heat our own asphalt, to make it a more permanent fix in the road, and believe it or not it’s a lot less expensive than the cold mix.”

The machine cost the city about 45-thousand-dollars. However, given the amount they save by using hot asphalt over the cold mix (hot asphalt is about a third of the cost) they expect to have their investment paid off in a couple of years.

“It’s great,” Garside said. “We know this is at least going to get us through those first couple of critical months.”

Residents can report potholes in need of repair to Layton City Public Works at 801-336-3720.