Utah DCFS: Number of reports of children being abused and neglected on the rise 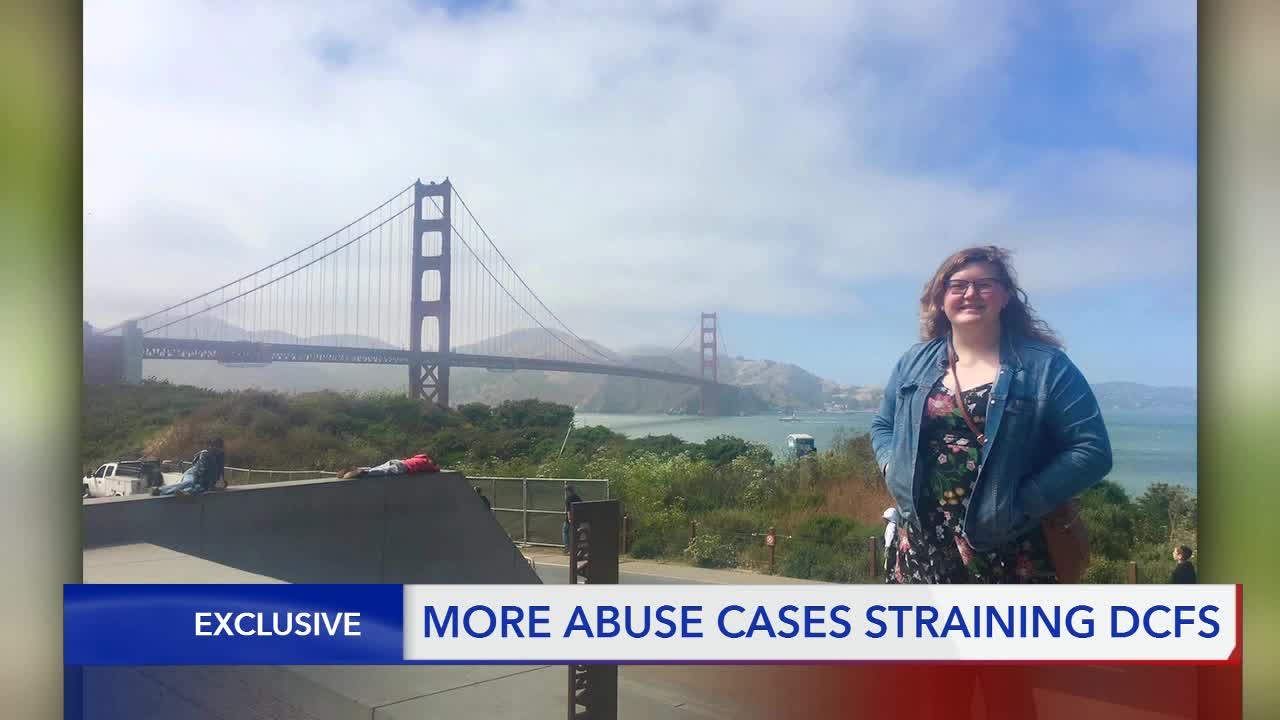 During the 2019 fiscal year, there were almost 4,600 kids in Utah’s foster care system. Many of them have experienced unimaginable pain.

Just over a year ago, Elizabeth Affolter, was one of those kids.

“My story is a little bit complicated. It’s got a lot of twists and turns to get to where I am today,” she said.

Affolter grew up in Morgan, UT where she endured years of abuse. She was pulled out of school at a young age after a teacher noticed Affolter had bruises. It wasn’t until she was placed in foster care that she was able to get her education back on track.

“My childhood was pretty rough,” the 20-year-old admits.

Last fiscal year, the Utah Department of Child and Family Services (DCFS) reports receiving 42,428 reports of child abuse and neglect. That is a more than seven percent increase from the average number of cases between the 2014-2018 fiscal years. The number of confirmed child victims in Utah during that same time period was 10,828, an increase of six percent.

After Affolter tried to take her own life twice, at just 16 years old she entered the foster care system. Life was better, but she still struggled to see her own self-worth, never imagining she would be adopted or find a family who loved her.

“Am I going to find someone who thinks that I’m worth it,” she remembers asking herself.

Then, one day Shawn Davis and Matt Affolter, walked into her group home to volunteer.

“We met Ellie and she was so amazing that we were like, ‘let’s get our foster license’,” Davis said.

Davis and her husband met Elizabeth, or Ellie as her friends call her, a handful of times as they worked to become foster parents. Time passed, and they were approved to be foster parents but didn’t even know Ellie’s last name.

“We finally got our foster license and I posted on Facebook and Ellie messaged me and she was like ‘well, maybe you can foster me’ and we were like, ‘I don’t know if we are supposed to tell you this but we are actually going to try for you’,” Davis said as she laughed at the memory.

Shortly after, Ellie moved in and about a year later, she was officially adopted.

When asked what she wished she could tell her younger self, during those first few months of foster care, Ellie knew just what her younger self would have needed to hear.

Now, Ellie knows love every day. Not every day is easy, Davis said, but they are getting through it together, as a family.

Davis can’t help but smile when talking about her daughter.

“She is kind of like the highlight of everyone’s day,” her mom, Davis, said.

Unfortunately, not every child in the foster system story ends up like Ellie’s but it can with some help, Chelsey Winegar, Intensive Recruitment manager for the Utah Adoption Exchange, said

“It’s pretty easy to find families for babies, but families to step up and take youth into their home, we have a huge need for it. There are a lot of kids that are waiting out there that need a family,” she said.

Seeing endings like Ellie’s are the moments Winegar works so hard for. Ellie is planning to graduate this year and then plans to go to college.