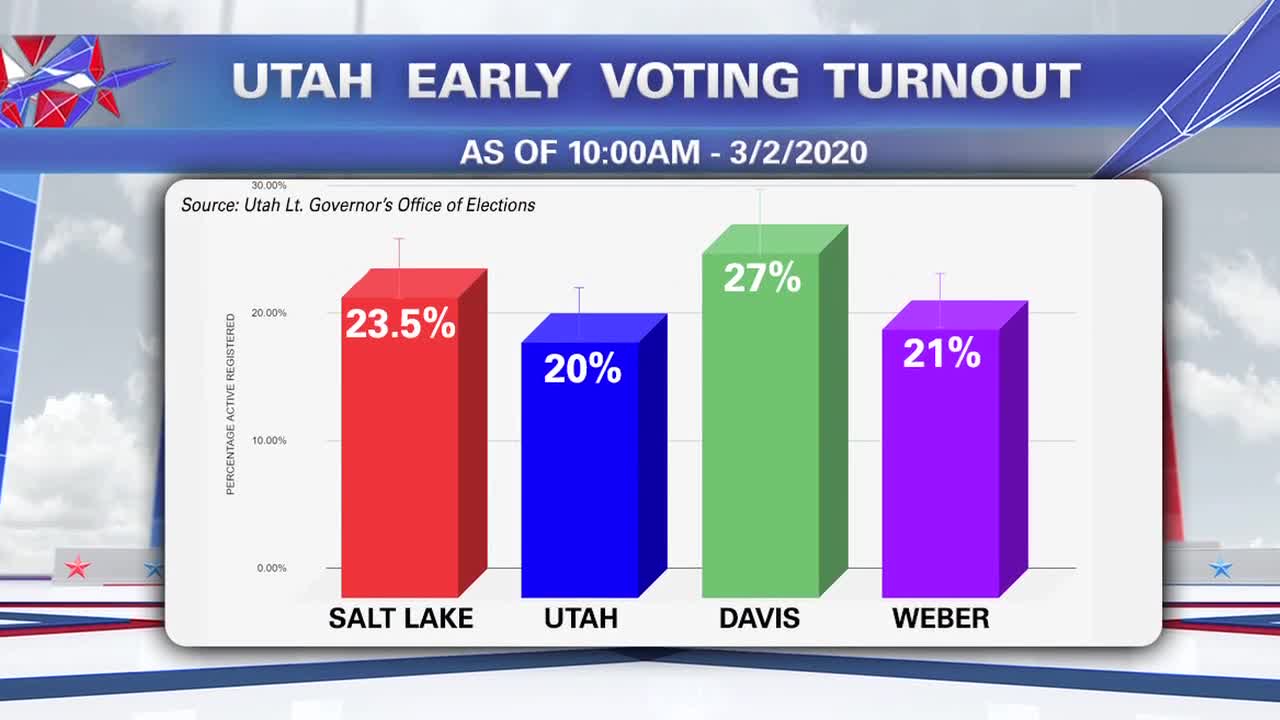 Numbers from the Lt. Governor’s office of elections suggest Utah will have a significant turnout for the Presidential Primary held on Tuesday, March 3.

SALT LAKE CITY — Numbers from the Lt. Governor’s office of elections suggest Utah will have a significant turnout for the Presidential Primary held on Tuesday, March 3.

As of 10 a.m. on Monday, 353,000 Utahns’ early ballots had been received by county clerks around the state.

The last time Utah held a presidential primary election was in 2008. The total number of votes that year was 428,000, with no early voting.

Utah’s elections director says all of the mail in ballots may add to the suspense and the wait this year.

“It will take some time to get those ballots counted, so don't be surprised if we don't know who won in Utah for a few days,” said Justin Lee, Director of Elections in the Lt. Governor’s Office.

If you still haven't voted, every county will have polling stations available from 7 a.m. to 8 p.m. tomorrow. You can also go to those locations or to an official drop off box and turn in your mail-in ballot. The time to put it in the postal system has already passed.

For more information on how to cast your vote, click here.