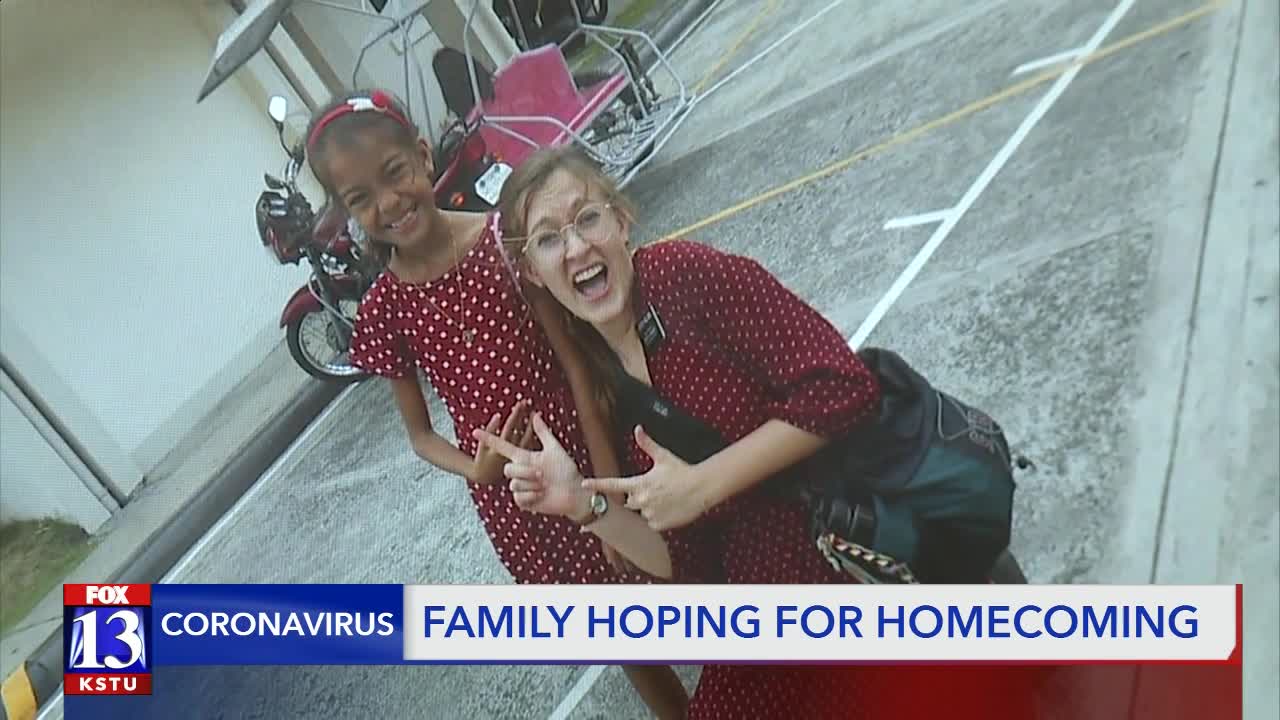 A lot of missionaries for the Church of Jesus Christ of Latter-day Saints are being sent home from their missions all across the world because of the COVID19 outbreak.

CACHE COUNTY, Utah — A lot of missionaries for the Church of Jesus Christ of Latter-day Saints are being sent home from their missions all across the world because of the COVID-19 outbreak.

Shelli and Darin Nielsen’s daughter has been serving in the Philippines since November of 2019 and everything was going good until this week.

“On Monday she said all was well,” said Darin. “All of a sudden, just really quickly things started to change there.”

The Nielsens received an email, just a few days ago, from their daughter’s mission president.

The email stated all foreigners were to be sent back to their home country and indicated the mission president was doing all he could to make that happen before the government closes all travel indefinitely.

The deadline is Saturday.

“There would be some possibility that some foreign missionaries wouldn’t leave the country and they wouldn’t be able to get them out on time,” said Darin.

If his daughter ends up stuck in the Philippines, Darin said he’ll likely hear that communication from the Church first, instead of his daughter.

All communication the Nielsens have had with their daughter has been through internet cafes in the Philippines.

“We’re not clear that we’ll have the normal communication with her if she does remain in the country,” said Darin.

One thing they are certain of—no matter what happens to their daughter, the Nielsens know she’s being cared for.

“I have this belief inside that she actually is really relishing the adventure she’s involved in and will have quite a story to tell in the future,” said Darin.

Shelli said it’s normal to feel anxiety but she compares this riding an rollercoaster—instead of put your arms and feet in, Shelli said keep your knees bent and your arms folded, have faith and enjoy the ride.

“I think because of our beliefs and the knowledge that we have, that brings a great peace and we have to rely on that,” said Shelli.

The Church is working on a country to country basis, analyzing the travel an restriction and the spread of COVID 19 in determining whether or not they send their missionaries home.