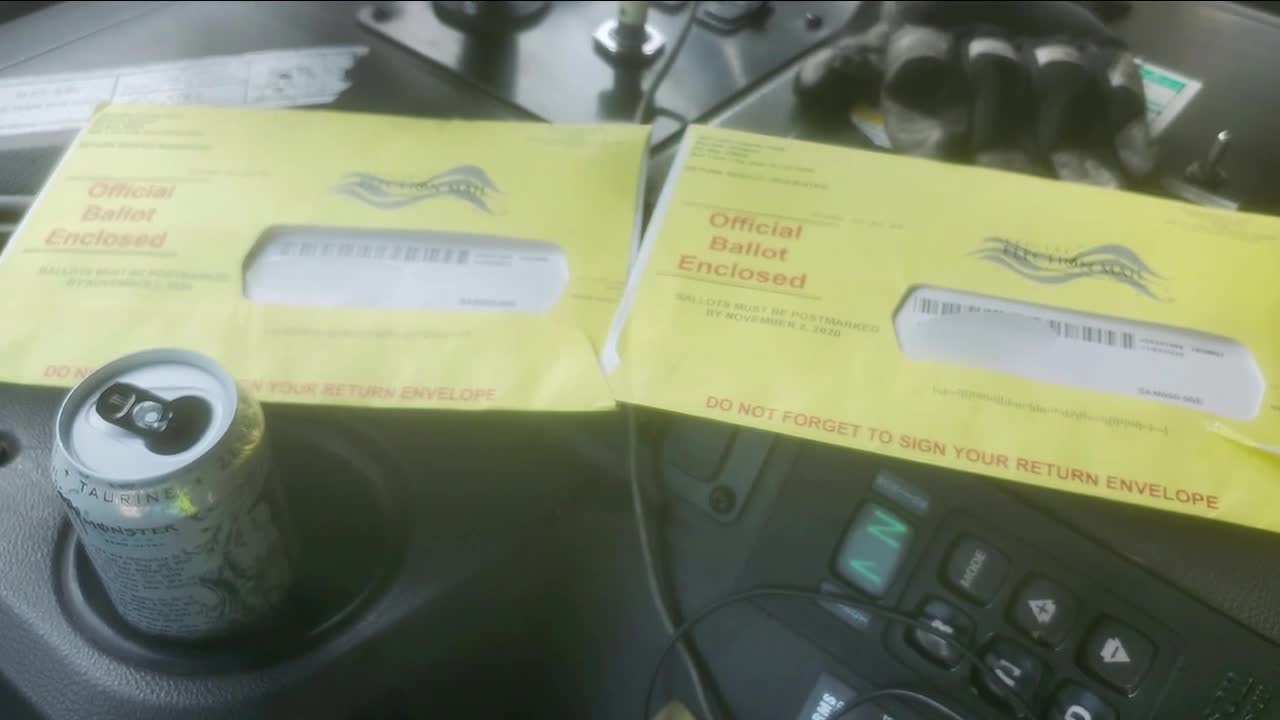 SANDY, Utah — A waste collector tells Fox13 he came upon voting ballots when emptying a dumpster along his typical trash route in Sandy on Thursday morning.

“I dumped a can today and I’m finding F***ing ballots in the garbage can, pardon my french, just mad,” said Charles West in a video shared with Fox13.

Charles claims when he was disposing of the trash and waste into his truck, some items, including mail fell out of the dumpster and onto his vehicle. When we went to pick up the items, he collected at least two voting ballots with Sandy addresses.

Salt Lake County is working to reach the individual listed on the ballots, as is Fox13. As of Thursday afternoon, neither had returned our phone calls.

Charles says he finished his shift and returned the ballots to a U.S. Postal Service worker.

“I had to meet up with the mail lady and give her the ballots that I had, she informed me that it looks like they were all stolen from a neighborhood and then they were dumped illegally in that dumpster,” said West on Thursday afternoon. “So someone, people are it’s not the mailman but people are going around stealing ballots out of the mail.”

He believes people should be voting in-person, citing this could be related to fraud or a lack of security. However, county clerks and state of Utah elections officials are asking people to not vote in-person during the election and instead use drop box locations and the vote-by-mail option due to the pandemic.

“We’ve been doing vote-by-mail, not just since 2012 when the first county went vote-by-mail but even before that we had 25 to 30 percent of voters depending on the county,” said Justin Lee, the State of Utah’s Director of Elections. “We don’t want people congregating, especially with these spikes we have in COVID at polling locations, we don’t want that to be a super-spreader kind of event.”

If you haven’t received your ballot as of 10/15/2020, county clerks recommend waiting a few additional days before reaching out to inquire. If you have questions regarding your ballot, visit your specific county website.