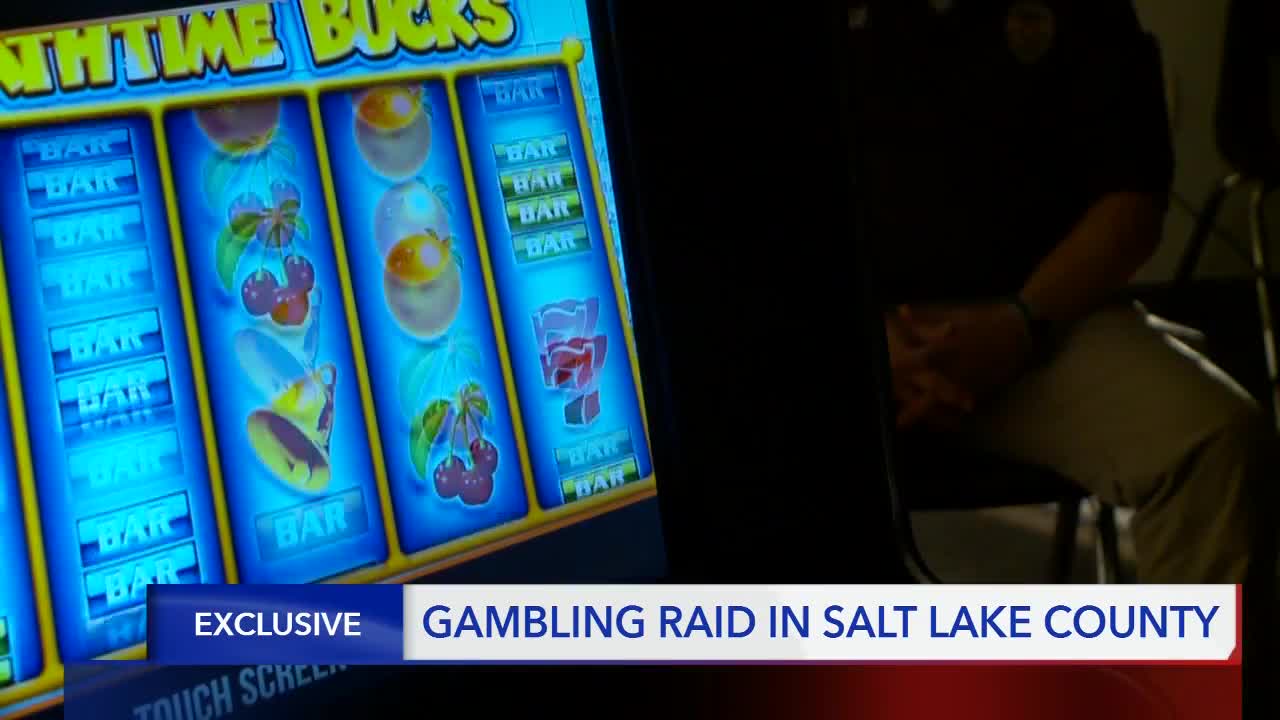 For the first time, we’re getting a look at a gambling raid performed by multiple police agencies in Salt Lake County.

For the first time, we’re getting a look at a gambling raid performed by multiple police agencies in Salt Lake County.

Police said the owner of businesses with multiple locations across the county, was making eight million dollars a year in cash—just from his gambling machines.

For months, detectives with the Millcreek Street Crimes division of Unified Police have played the slots, undercover.

“Once you enter that room, the atmosphere is dark and it feels like a casino,” said Detective Two.

Each time a customer would win, they had to walk up to the cash register for a cash payout.

“We were receiving information that there were payouts of upwards to $200, $300 at a time,” said Detective One. “It became very entertaining for somebody to go to these locations and take a risk to see if they can become a winner.”

Not all customers would win.

Detective One said in his conversation with one patron, she told him she was going to those locations in hopes to win Christmas money.

“She actually spent her children’s Christmas money hoping she could get more and lost it all,” said Detective One.

The business owner, though, was winning big.

“Where is the money going? These are elicited funds, are they paying taxes on these?” asked Detective Two.

The owner fled police when multiple agencies raided his business locations and his residence in downtown, Salt Lake City.

“It was shocking,” said Detective Two, as he explained listening to his police radio and hearing two guns were thrown out of the business owner’s apartment window.

At least four guns, a taser, drugs and 50 gambling machines were confiscated.

“Simply owning a machine by itself is not a criminal charge,” said Detective One. “Anyone could have these machines. It’s how they operate the machines, turning it into a gambling operation.”

“We were seeing hand to hand drug deals,” said Mays. “We were stopping vehicles with narcotics inside the vehicle or within possession with people.”

As for the business owner, detectives are working with his attorney, asking him to turn himself in to police.

Police are investigating the owner for potential tax evasion and money laundering and said his employees could face criminal charges ranging anywhere from a Type B misdemeanor to a Felony.