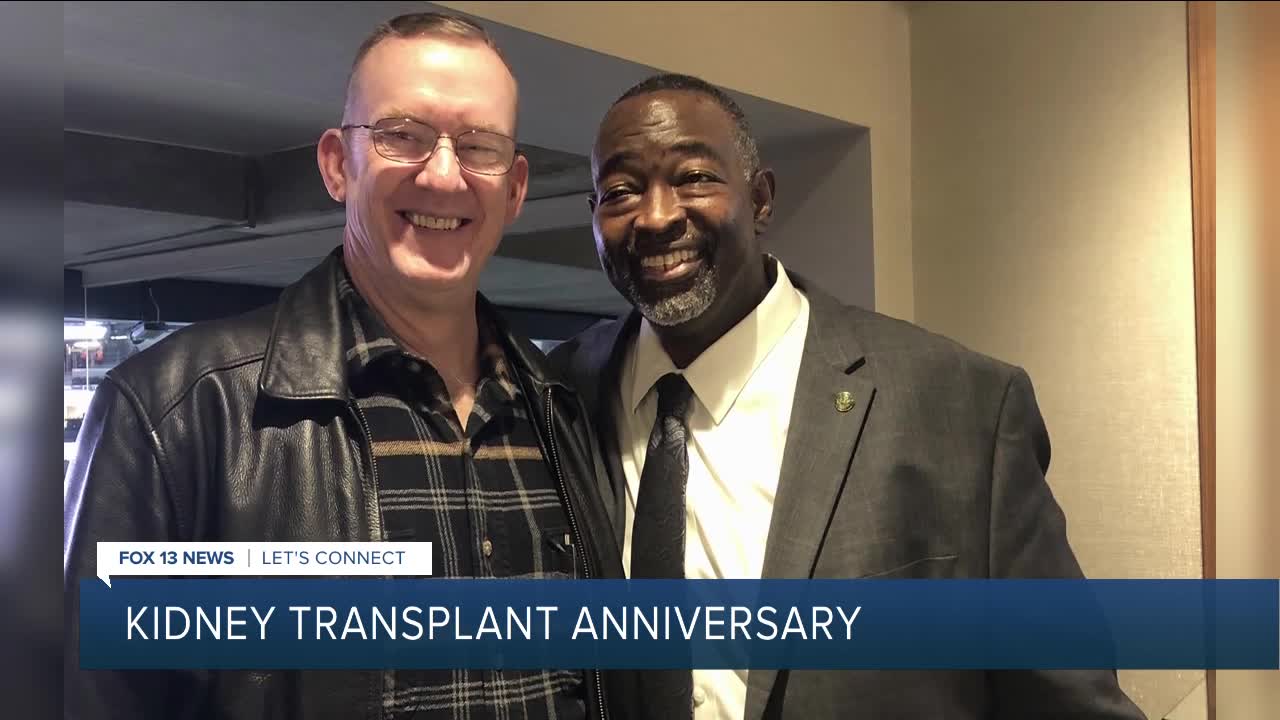 Friday was the second anniversary for two men — the day one gave his kidney to the other so that he could live.

SALT LAKE CITY — Friday was the second anniversary for two men — the day one gave his kidney to the other so that he could live.

Not all memories fade with time, and sometimes there are no words to describe moments like the one that happened on Nov. 20, 2018.

Cellphone video shows Ed Cameron awaking from surgery to find his friend on the other side of the room.

To which Spencer Cannon replied: “You made my life better.”

Cannon is a sergeant and public information officer with the Utah County Sheriff's Office.

The two have been friends for the past 20 years.

They’ve seen each other through some of the worst times. They even served in the military in Germany during the same years — without actually knowing each other.

Later, they celebrated Cameron’s marriage together.

“I was near death,” said Cameron. “I probably would’ve died that week.”

While talking with Cannon on the phone and explaining his situation, Cameron said Cannon instantly told him he could help.

“He offered me his kidney as if I was borrowing a cup of sugar,” said Cameron

Cannon said he didn’t think about it and had to later ask his wife if she was okay with it.

“If Ed hadn’t received a kidney from anybody, he wouldn’t be here today,” said Cannon.

Both men in their 50s underwent thorough medical examinations.

When Nov. 20 finally came, the transplant was successful.

“I saw him walk in and I was completely stunned,” said Cameron, explaining the moment he saw Cannon walk through the door.

Cameron had just awakened with Cannon’s kidney in place.

It was a moment neither will ever forget.

“I still remember exactly how it felt walking in that door, giving him a hug and kissing him on the forehead,” said Cannon. “It was just pure joy and relief.”

They shared that joy in a new life and new memories as both have recovered well.

Two weeks ago, Cameron and his wife had a son. They named Cannon the godfather and gave their newborn a middle name after him.

Two weeks old today! Baby Jax is a new life and joy to his family, one they never thought they could experience.

How what happened two years ago on this date, made Jax’s life even possible.

An absolutely incredible story I feel honored to share tonight on @fox13 at 5/9 PM. pic.twitter.com/QFkQBvUCd8

“To look at him every day is a reminder of how blessed we are and the good things that are in this world,” said Cameron. “He would not be here if it wasn’t for the sacrifice of Spencer, giving me that kidney.”

Cannon was recently medically cleared while Cameron still has a year left of visits.

Both said they hope their story inspires someone else to donate a kidney.