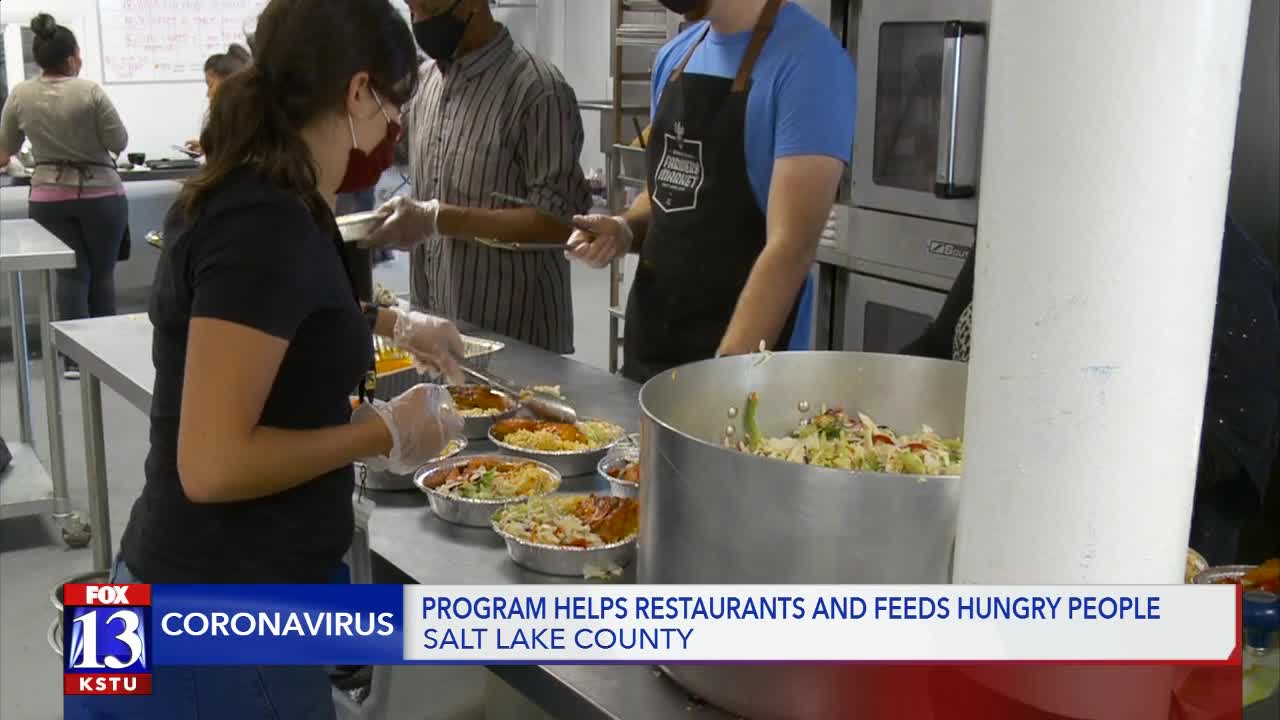 The Utah Restaurant Association tells FOX13 almost one in ten eateries have closed for good during the pandemic.

Yet, on Wednesday, 75 meals were on their way to feed refugees and new American families. It’s a spicy chicken dinner with a Swahili influence.

“It’s a support system for them to have something familiar and delicious at the same time while they may be struggling to make ends meet,” said Spice Kitchen Incubator Jackie Rodavaugh.

Soon, nine restaurants will be making 5,000 meals a week, distributed through 11 non-profits.

“It allows them to keep producing food. It allows their employees to remain on the payroll. But at the same time, it will give the food, in the end, to somebody in need as opposed to a paying restaurant customer,” said Salt Lake County Mayor Jenny Wilson.

The restaurant industry has been decimated during the pandemic, losing an estimated $2.8 billion in Utah since March.

Families that were food insecure before face an even higher risk of missing meals, now.

“People of color, especially new Americans, are being impacted disproportionately in a lot of different ways. Being able to help them access things that mean to them like nutritious foods from their homes, their roots, is really important right now,’ said Radavaugh.

Salt Lake County pledged $450,000 to help both groups. It’s an idea from the Lightspark Foundation which set a goal of providing $60,000 meals by the end of the year.