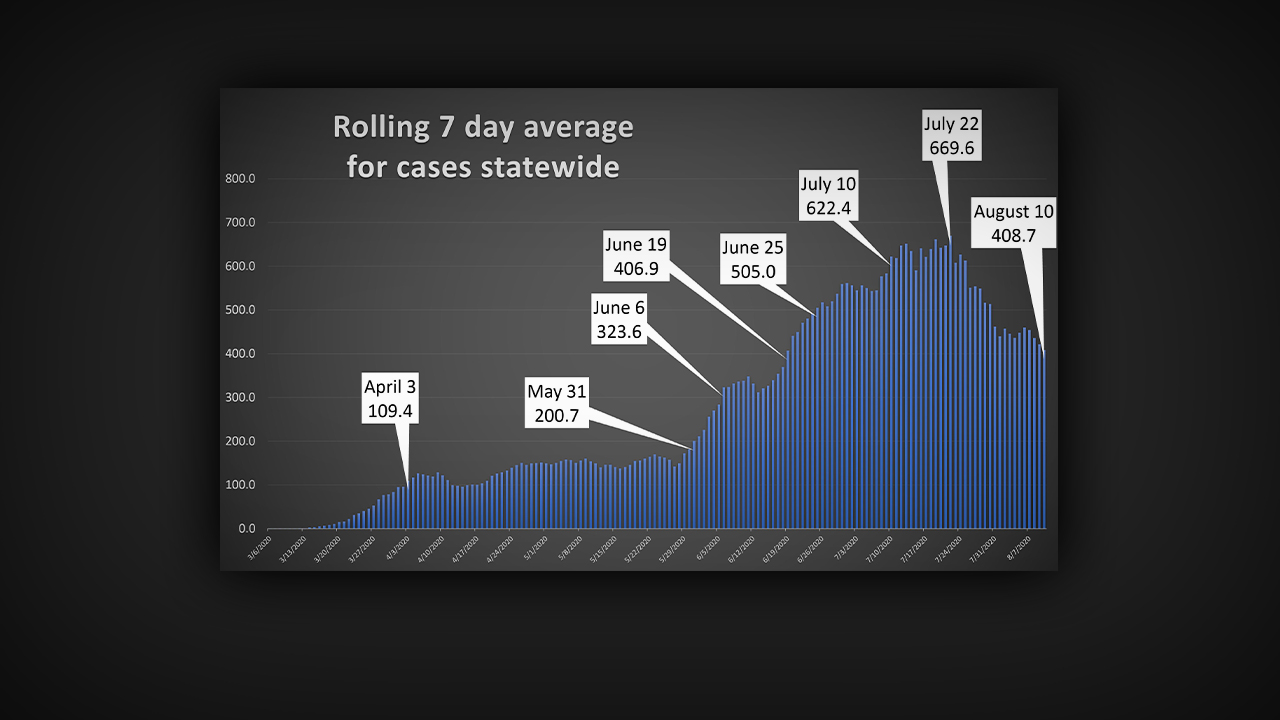 The trend is clear now: Cases are going down in Utah.

SALT LAKE CITY — The trend is clear now. Cases are going down in Utah.

That doesn’t mean they’ll stay down, because public health decisions seem to have played a role in a huge case spike in June and the current decline.

Utah made its biggest step away from a lock down on May 15, when the governor moved most of the state from moderate (orange) to yellow (low) risk status.

Two weeks into yellow, cases started a climb that pushed the average daily confirmed case count from 200 on May 31 to over 500 on June 25.

June 25 is when the governor said he would let Salt Lake County Mayor Jenny Wilson mandate face masks in public.

It’s too early to say deaths are on the decline right now, but they may be.

Our average daily death toll hit a peak of 5.42 on July 24th. They are now at 4.4, but with such small numbers the average fluctuates from day to day.

And, of course, statistics can never capture the significance of each number.