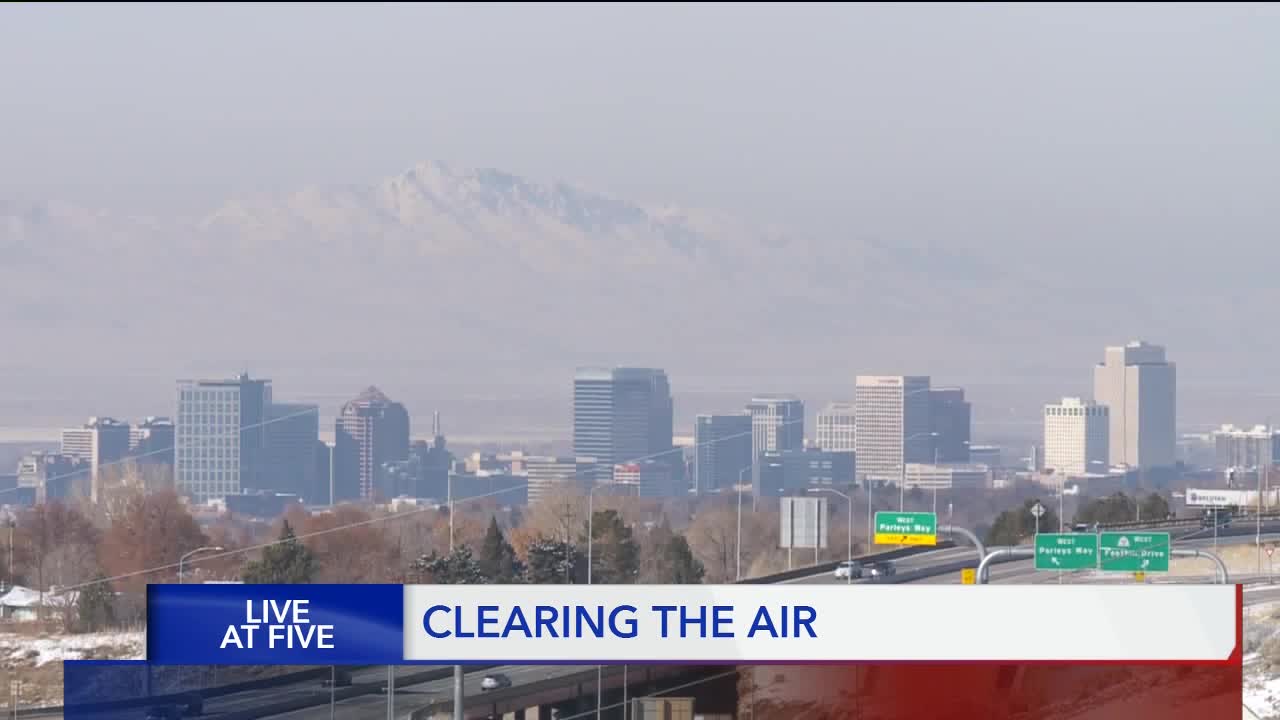 SALT LAKE CITY — Tuesday's air quality in the Salt Lake Valley was in the good-to-moderate range.

While that is by no means the worst that residents see, several things are currently being done to chip away at the problem.

"Legislatures want to learn how to improve our air quality, and we are learning from the experts," said Rep. Patrice Arent, founder and co-chair of the caucus.

Most of the bills are aimed at efforts for less vehicle pollution and push toward more electric vehicles.

One example is The Rosenbaur Concept Fire Truck.

The truck will be on display Wednesday at Fire Station 3 in Sugar House at 11 a.m.

Put on by the Salt Lake City Fire Department, they hope it serves as an example of their commitment to clean air resources in their department.

At the University of Utah campus, turning on the lights will now be significantly greener.

The University announced Tuesday that they will now be getting 50% of their power from a geothermal source in Nevada.

"The project came online a little earlier this year... started delivering energy to the university... and so far it’s been an incredibly successful project," said Nick Goodman, chairman and CEO of CYRQ Energy.

Even though there are a lot of examples of good projects aimed at the problem, Arent admits there is still is a lot more work to be done.

"We have to keep chipping away at it," she said. "We have to keep working at it, and it's going to take significantly more work before we can get to that perfect pristine clean air."