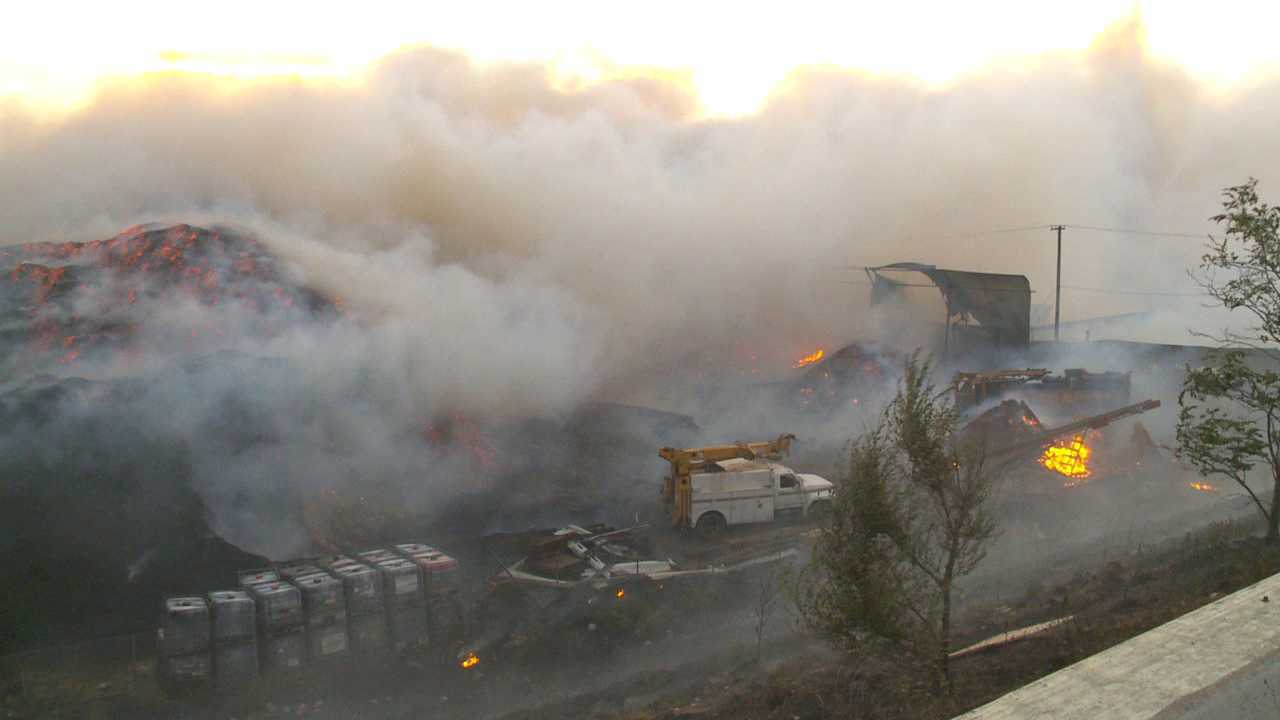 SALT LAKE CITY — A divided Utah Supreme Court is allowing a firefighter to sue over injuries he sustained fighting a massive blaze at a mulch pile in 2014.

In a 3-2 ruling, the state's top court declared that "a person does owe a duty of care to a professional rescuer for injury that was sustained by the gross negligence or intentional tort that caused the rescuer’s presence."

David Scott Ipsen suffered permanent lung injuries while fighting the fire at Diamond Tree Expert's mulch pile, and he could no longer work, the Court said in its ruling.

"In the week before the mulch fire, there had been at least two other fires on the property. And ten days before the mulch fire, a representative from the Salt Lake County Health Department told Diamond Tree that the mulch on its property was piled too high and that Diamond Tree needed to reduce it. Diamond Tree did not comply, meaning that at the time of the fire, it was in knowing violation of several ordinances— including the fire code—and of industry standards regarding the safe storage of mulch," Justice Deno Himonas wrote.

The South Salt Lake mulch pit experienced a massive fire on July 10 2014, shutting down I-15 and prompting a sizable response from firefighters. It took more than 12 hours to extinguish. Ipsen was a South Salt Lake firefighter at the time, according to court documents.

Ipsen sued Diamond Tree Experts for gross negligence, intentional harm and negligent infliction of emotional distress. Diamond Tree argued that under Utah's professional rescuer rule, "a person does not owe a duty of care to a professional rescuer for injury that was sustained by the very negligence that occasioned the rescuer’s presence and that was within the scope of hazards inherent in the rescuer’s duties." A lower court agreed with Diamond Tree and dismissed Ipsen's lawsuit. He appealed to the Utah Supreme Court.

While not offering an opinion on Ipsen's accusations against the company, the Court essentially said the rule has limits.

"Our holding is based on the vast difference in culpability and the considerably greater deterrence considerations gross negligence and intentional torts present compared to ordinary negligence," Justice Himonas wrote.

The Court acknowledged fears that some who are negligent might be reluctant to call for help if they knew they could be liable for rescuers' injuries, but insisted there is a line between negligence and gross negligence.

"But because people who act with gross negligence or intentionally are an order or two of magnitude more culpable than those who act negligently, they are unlikely to call professional rescuers in the first place. Imagine the emergency call: '911, I was utterly callous about setting (or deliberately set) my neighbor’s house on fire, and I’d like to report myself.' Pure fantasy," Justice Himonas wrote. "Thus, we are not seriously concerned that appreciably fewer of these individuals will call for help if we do not extend the professional rescuer rule to their situation."

But Associate Chief Justice Thomas Lee and Justice John Pearce disagreed. In a dissent, Justice Lee argued that a firefighter isn't going to stop and ask the egregiousness of negligence.

"A firefighter’s 'relationship with the public' anticipates that he will be asked to fight fires set by a wide range of acts of carelessness. And there is no room for a conclusion that a fire like the one at issue here—set by careless disregard of the fire code and other regulations in a business that surely desired not to have its merchandise go up in smoke—is somehow outside the 'scope of those risks inherent in' firefighting," he wrote. "The fighting of such fires is surely a 'seemingly usual activity' for a firefighter."

The case will now go back to a lower court to be litigated.

"We’re pleased that a majority of the Court agreed to limit a prior ruling to cases of ordinary negligence and allow rescuers to pursue claims when more severe misconduct of gross negligence is involved (like in Scott’s case)," James Ahlstrom, Ipsen's attorney, said in a statement to FOX 13. "The case presented complex philosophical issues, and this result is a win for rescuers who are harmed by egregious misconduct that should be deterred."