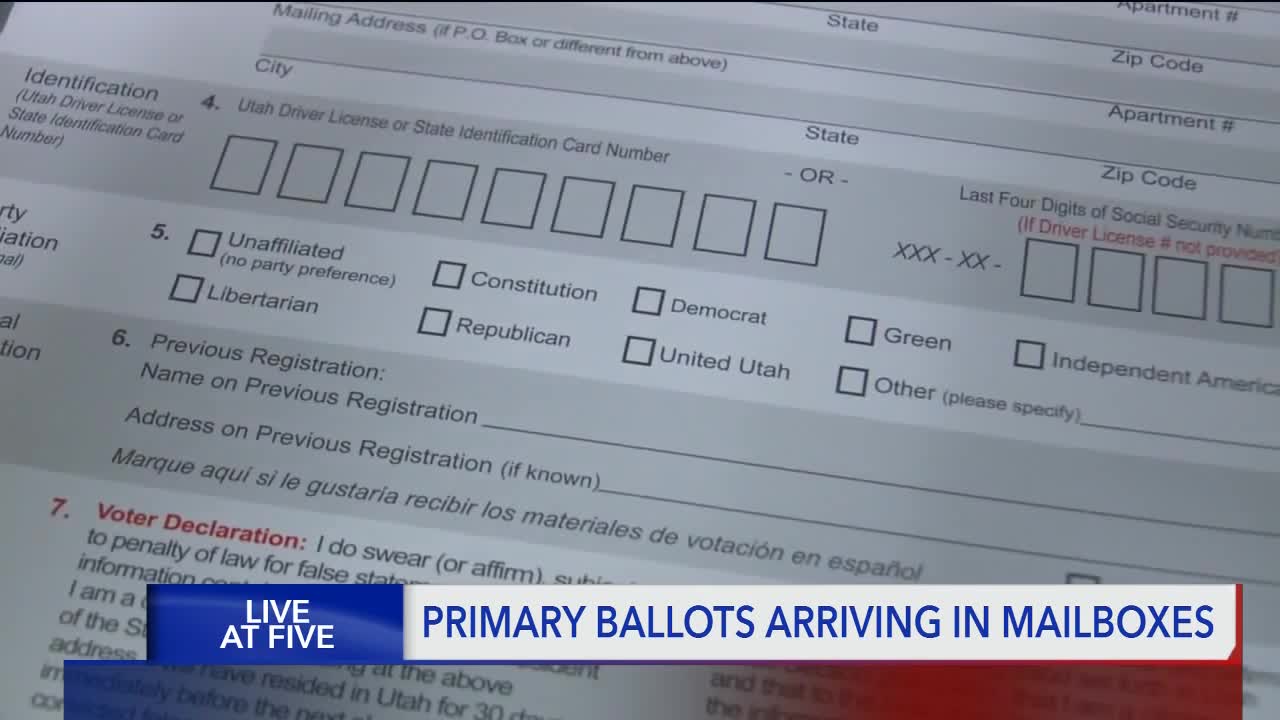 In Salt Lake County, approximately 300,000 ballots went out. Voters need to keep an eye out for the yellow envelopes if they want to skip the voting line on Utah’s first Super Tuesday election on March 3.

On his route in Taylorsville, USPS postal worker Tony Cooper will deliver twice the amount of mail than a typical day. Thirty-five thousand pieces of mail will be delivered; the yellow ballots make up a significant portion.

"There are a lot of ballots. Usually two or three per house," Cooper said.

"They call it an election, but it's really a nomination for the candidate to represent the political party," Salt Lake County Clerk Sherrie Swenson said.

Swenson said voter registrations are up in 2020. She credits the contentious primary and the tax referendum for the increase.

In 2008, the presidential primary turnout was at 36 percent. This year, it’s expected to be higher with the ease of mail-in ballots.

“We are hoping that we can exceed a 40 percent turnout of those who are eligible. We don't know, this is really an unknown,” said Swenson.

After voting, ballots can be placed in a county drop box or mailed to the county elections office with pre-paid postage.

Voters are urged to cross check their ballot with the county clerk’s office to make sure their candidate of choice is still in the running. Some candidates dropped out after the cut-off date to print the ballots and are still on the ballot.