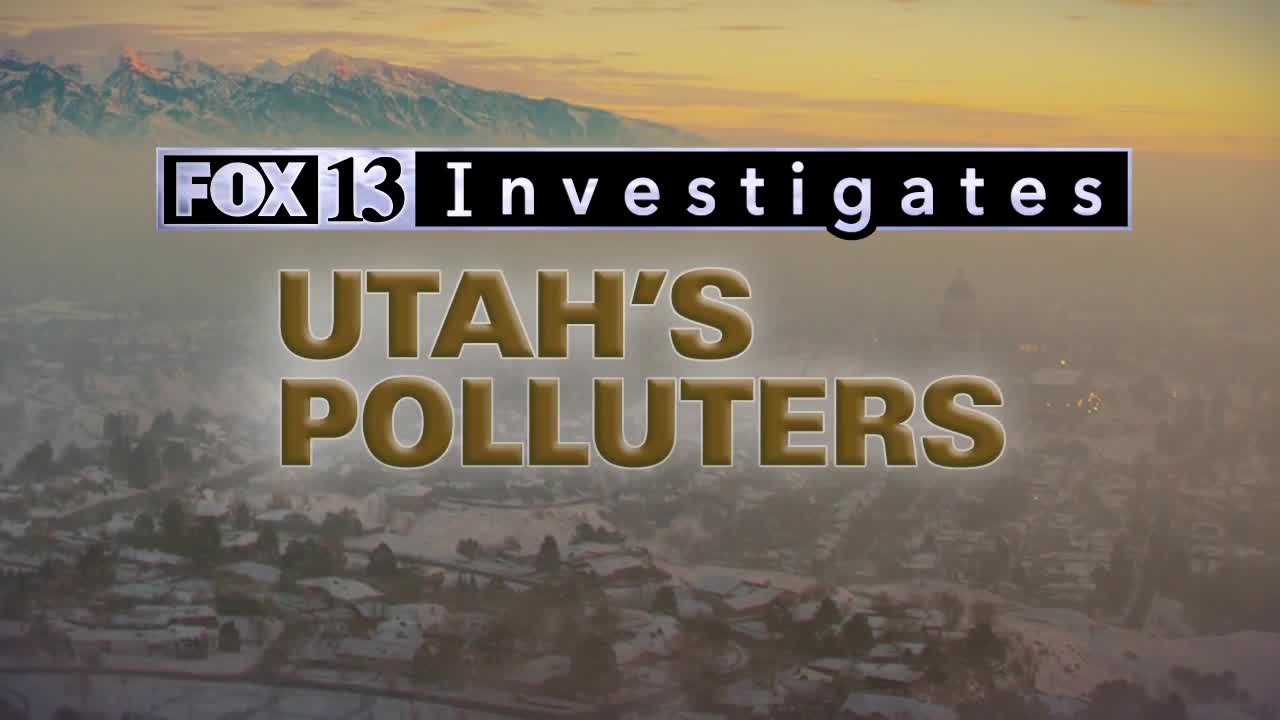 SALT LAKE CITY — Not all tailpipes are created equal.

It's true that tailpipes emit more than half of the pollutants that cause dangerous smoggy days in the urban areas of the Wasatch Front.

46 percent is the number you get if you combine emissions of all the mobile tailpipes. Another 9 percent of pollution comes from non-road machines that also have tailpipes (We'll get to those later.).

Randy Martin, Associate Professor of Environmental Engineering at Utah State University spends much of his professional life studying what comes out of our tailpipes, and he keeps learning new reasons why his work is important.

Martin's tailpipe studies are focused in part on diesel's these days.

He's not anti-diesel, for good reason. Every one of us counts on the giant trucks to deliver our stuff.

"There's a trade off because they contribute more individually to the economy," Martin said.

That said, diesels are a big part of our air quality problem.

That 2019 SIP forecast shows diesels make up 29 percent of our tailpipe pollution.

Clunkers and vehicles modified illegally to be loud or to add horsepower account for almost as much.

"Even studies that we've done in the past have shown that between 5 and 10 percent of the vehicles are responsible for as much as 25 to 50 percent of the emissions," Martin said.

Let's go easy on the clunkers and cheaters and estimate 10 percent emit 25 percent of the tailpipe gunk.

There are about 115,000 diesels on Wasatch Front roads and that clunker estimate amounts to about 150 thousand vehicles.

The rest of our cars and trucks...about 1.35 million of them, are responsible for about 46 percent of mobile emissions.

Those non-road vehicles mentioned above, nine percent of our overall winter air pollution problem, are things like tractors, trains, cranes, planes, and other big moving machines that don't drive the highways and byways.

Before you get on your high horse, though, Randy Martin wants you to hear him:

"Everybody is part of the problem and the more people we have that are ignoring the problem, the worse it can be," Martin said.

Unless you think the population will shrink instead of grow (new to Utah?), we're going to have a lot more people and we better not all drive all the time.

So the point is, yes we should drive less, but just driving less won't fix things.

We have to hope that folks like Jack Hedge, the new director of the Utah Inland Port Authority, puts his money where his mouth is.

"We aren't asking anyone to trust us. The proof is in the pudding," Hedge said.

In an interview with Fox 13, Hedge acknowledged he faces an uphill battle with public opinion, especially in Salt Lake City.

Hedge says people need to realize the Port Authority exists to put some order to development that is inevitable for Salt Lake City, as it sits at the center of the American West's railroads and interstates.