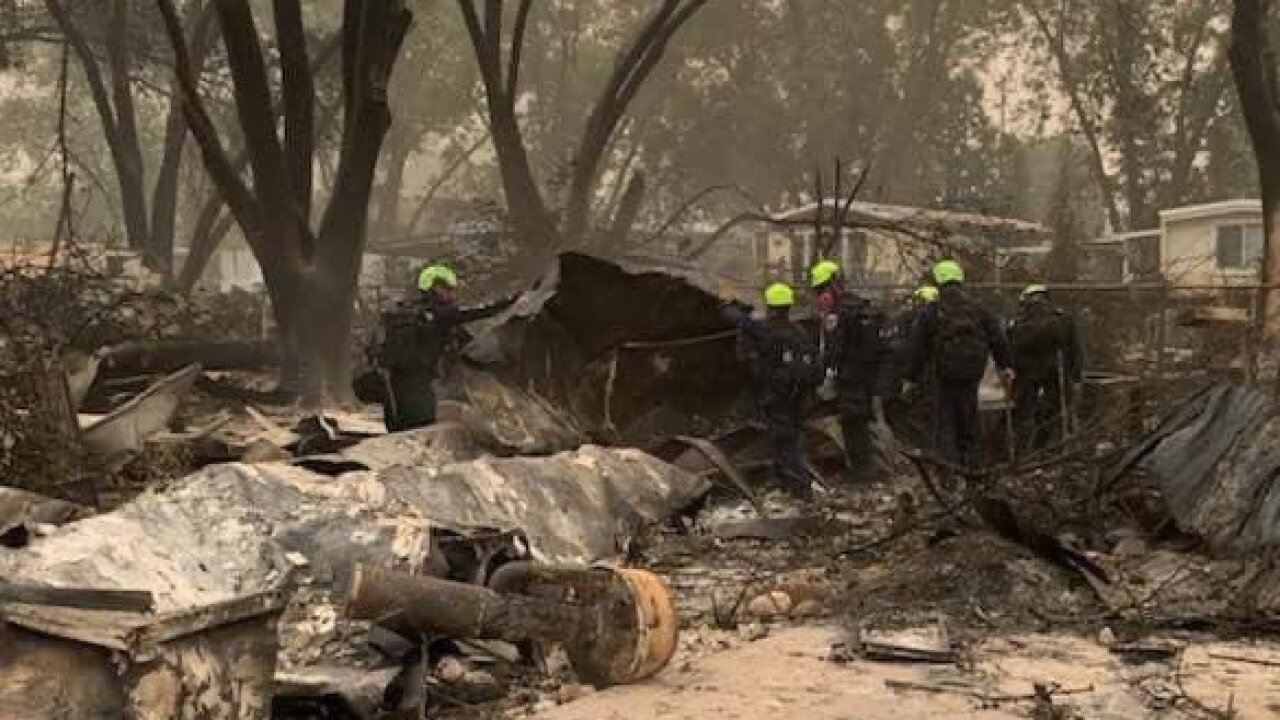 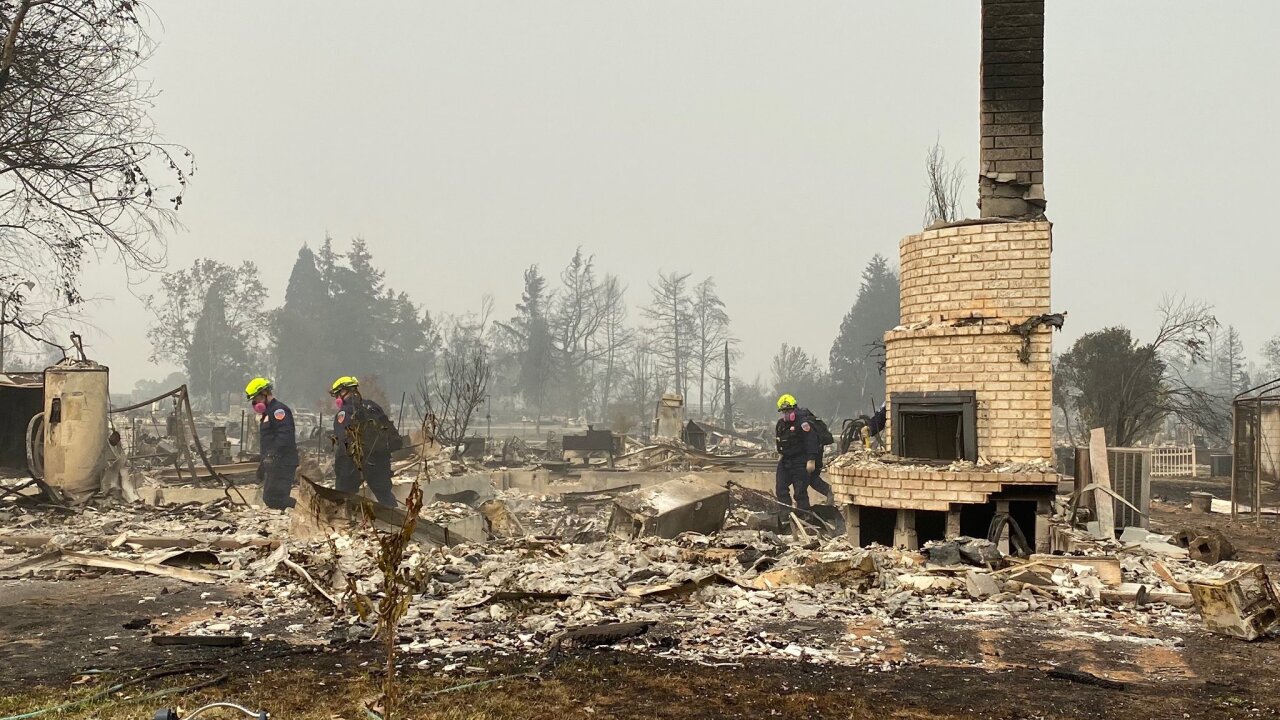 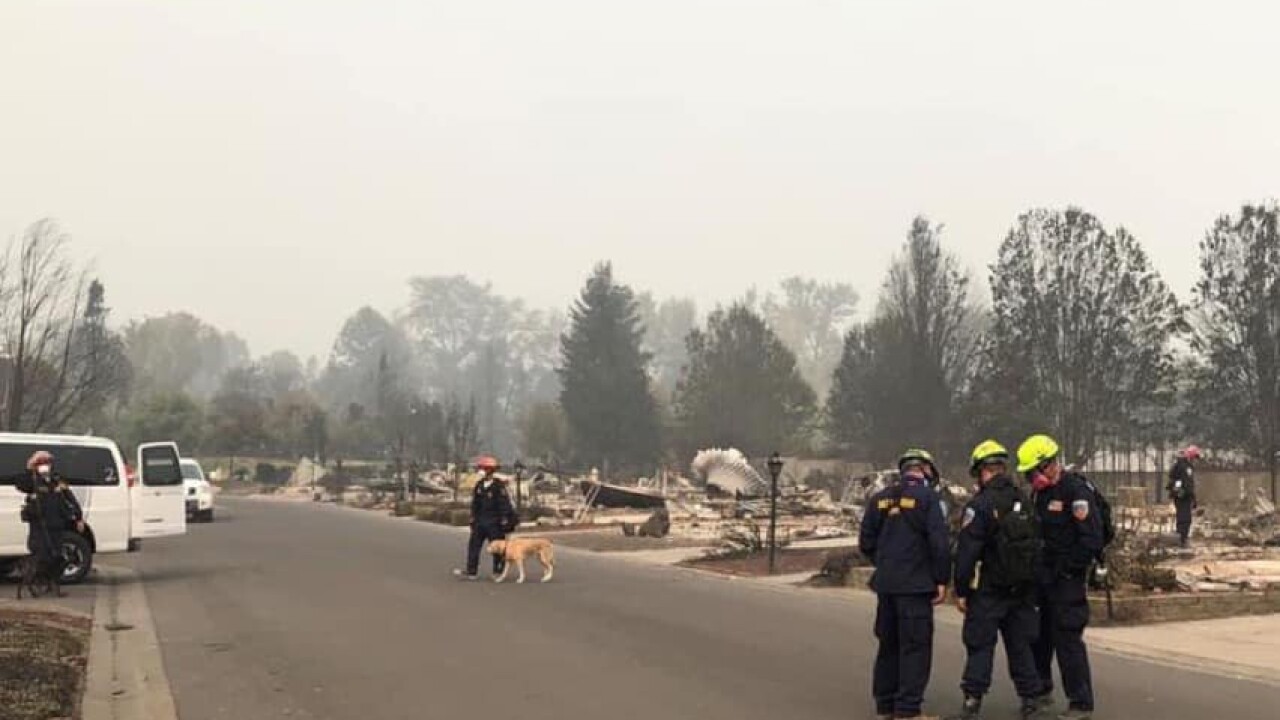 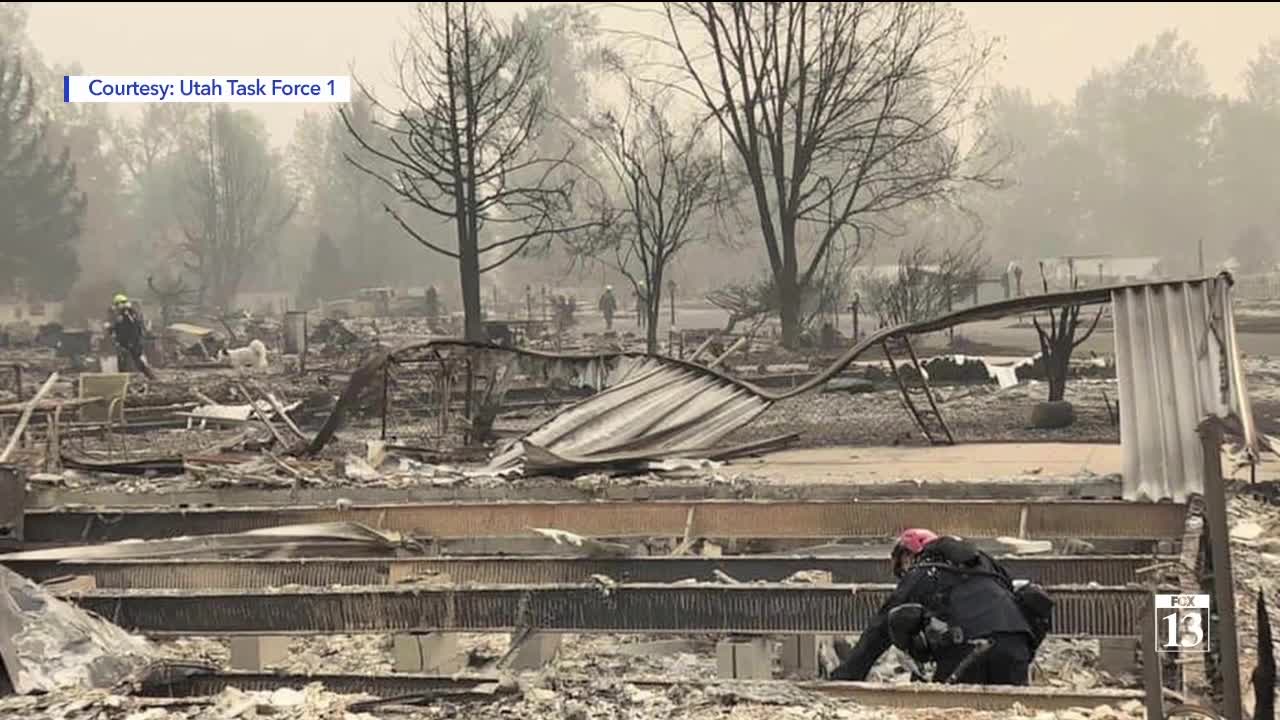 Utah’s Task Force 1 USAR team left the state this past weekend and has been in southern Oregon surveying the damage left behind by the Almeda Fire, which ripped through parts of Phoenix and Talent, Oregon.

“We’re here at the request of the state of Oregon with search and recovery efforts here basically just helping out with the local jurisdictions,” said Utah Task Force 1 Leader Wade Russell. “We’re doing some structure assessments, capturing stuff on survey 1, 2, 3 and so we can see what is damaged what is destroyed.”

Various reports have indicated more than one thousand homes and businesses were destroyed in the fire. Utah Task Force 1 is also using K9’s to detect for human remains.

The team is one of 28 FEMA USAR task forces in the United States. They’re made up of firefighters from six Wasatch Front/Back fire departments, as well as civilian engineers, doctors and K9 handlers.

As of Wednesday evening, 162 Utah-based personnel are working in five groups out-of-state.