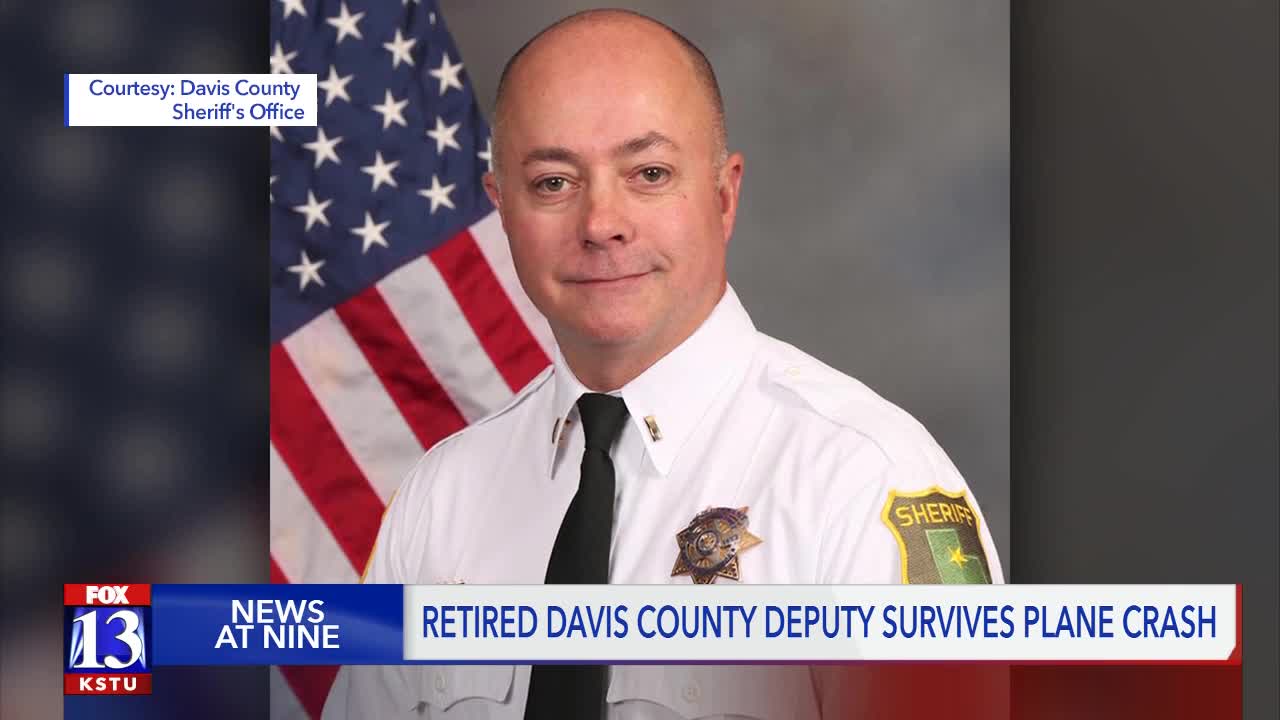 When Davis County Sheriff's deputies responded to the scene of a small plane crash last week, they discovered the severely injured passenger was one of their own: Recently retired Lt. Jason Sorensen, who worked by their side for more than 20 years.

When Davis County Sheriff's deputies responded to the scene, they discovered the passenger was one of their own: Recently retired Lt. Jason Sorensen, who worked by their side for more than 20 years.

After he was pulled from the wreckage by bystanders (who also sustained injuries in the process), he was so badly burned the responding law enforcement officers didn't immediately recognize him.

"For our officers to show up on scene and to treat him, you can imagine the emotional burden that puts on them and the trauma that they went through," Davis County Sheriff's Capt. Taylor West said. "It's tough seeing deputies working on one of their close friends, mentors and coworkers that has been in a severe, severe accident."

Deputies called for a medical helicopter, and Intermountain's Life Flight responded — an agency that Sorensen also worked for as a hoist paramedic and pilot for 15 years. The medic on board was also a county deputy and one of Sorensen's close friends, West said.

As Sorensen was in the intensive care unit, deputies had to tell his wife and two children about the crash.

"His family has been strong. I don't know if I could be as strong during something like this," West said.

Both of Sorensen's legs had to be amputated from the knee down, and he has endured numerous surgeries, now facing a long and painful road to recovery.

A charitable account under Sorensen's name has been set up to help his family with the expenses — America First Credit Union account number 9116393.

The Davis County Fraternal Order of Police has also set up an online fundraiser that can be found online here.