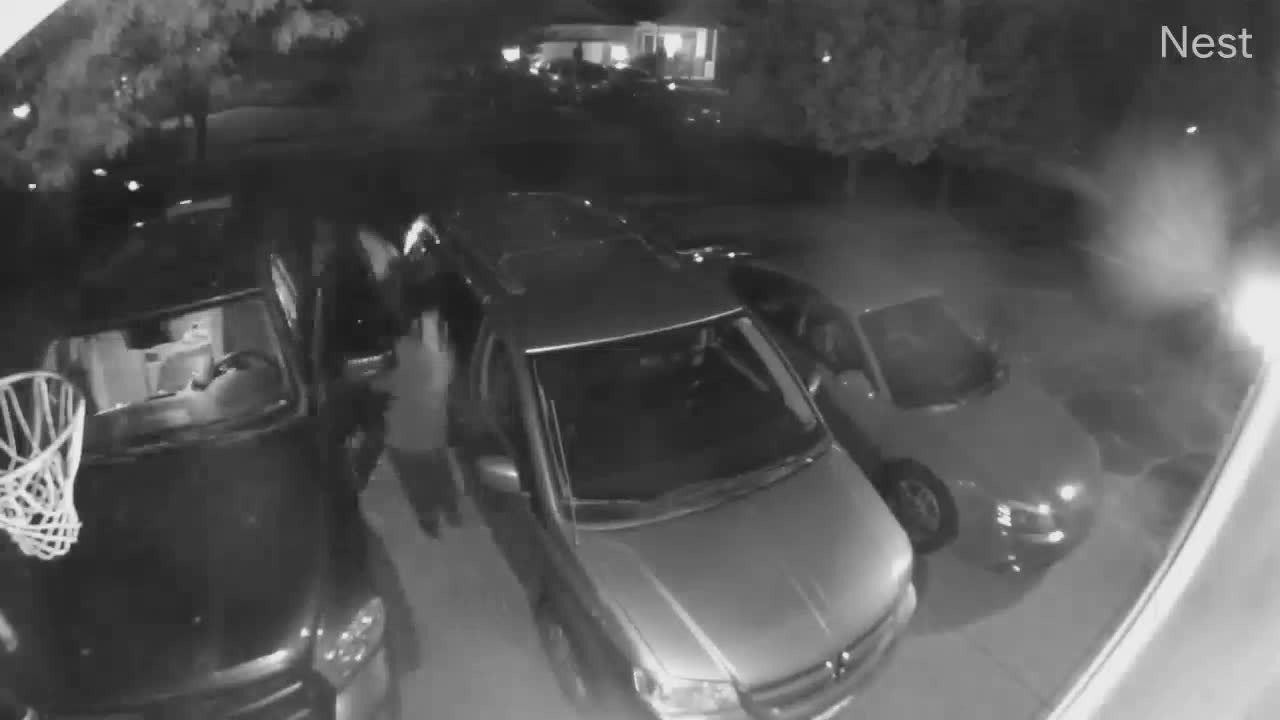 HERRIMAN, Utah — A car burglar better choose his next target a little more carefully next time. Maybe a vehicle without a security camera focused on it.

Early Monday morning, Kara Casorla was inside her Herriman home when she noticed someone creeping around her front yard. On the Nest security camera, the man could be seen making his way inside Casarola's unlocked Dodge Ram.

Having been robbed in 2019, Casorla wanted to make sure it didn't happen again. So after calling on her husband, Matt, the Casorlas went outside to confront the unwelcome visitor.

As she approaches the car, you can hear Kara politely ask the burglar, "Can I ____-ing help you?" At that moment, Matt grabs the suspect from behind and drags him to the ground.

While the action is going down, the suspect's accomplice is seen in the video driving away in the getaway vehicle.

Police later arrived and took the 20-year-old suspect into custody.