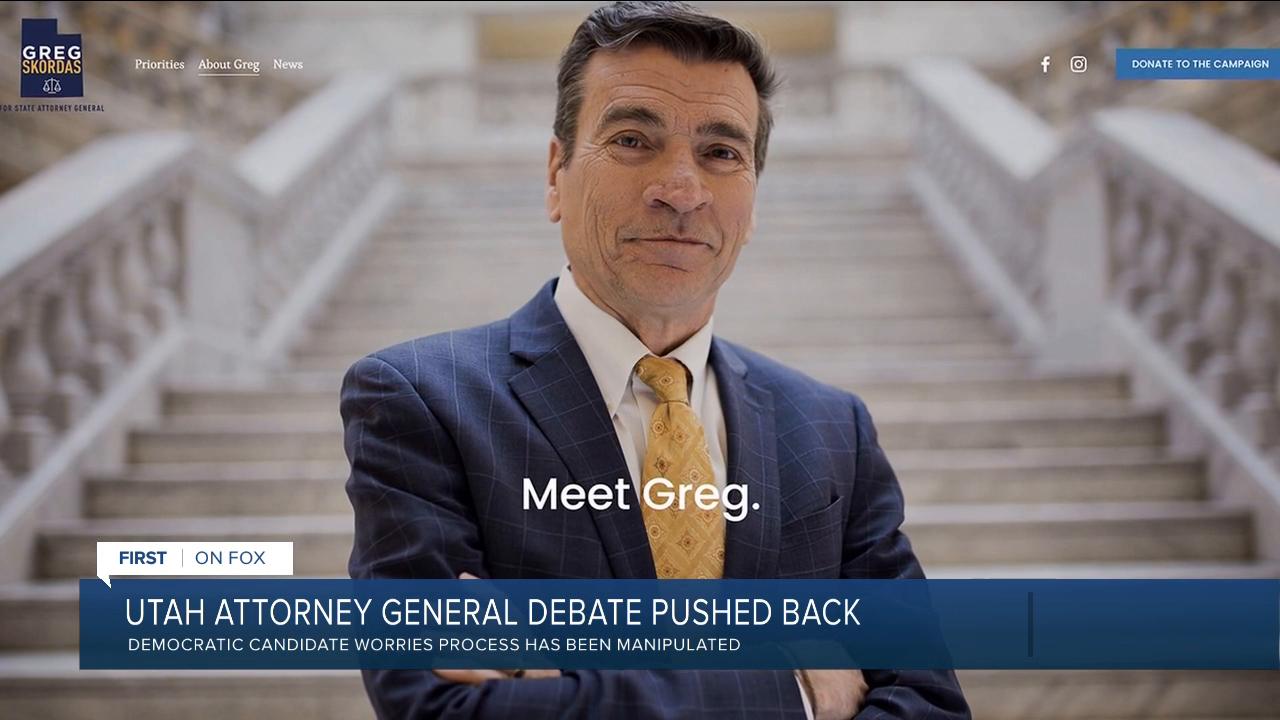 SALT LAKE CITY — The Utah Attorney General Debate will be hosted by the Utah Debate Commission Oct. 21, almost three weeks after it was originally scheduled for.

“We had a request to change the date. We don’t change dates, only in extreme circumstances. One of them is death of a family member,” he said.

In a statement to FOX13 News, Alan Crooks, general consultant for the Reyes campaign, said the Utah Debate Commission picked Oct. 1 without asking if the date would work for either candidate.

"When we realized the date they came up with might be in conflict with the possible timing of the Attorney General's father's funeral, which had been delayed since spring due to Covid, I asked for additional dates from the UDC. We wanted the debate so I also mentioned to the commission that if they could not make any dates work, we'd work to find an alternative organization to host an AG debate. There was no misrepresentation,” he said.

The Utah Debate Commission only changes dates if there are extreme circumstances, Niederhauser said.

“We worked hard with UDC to make sure the debate went forward. We hope that everyone will take time to watch the AG debate, as well as all of the debates including the others happening this week and next before they vote,” Crooks said.

The two campaigns agreed on the new date, but it now appears Reyes was not in Hawaii during the original debate date, Niederhauser said.

“Later we found out that Mr. Reyes was here in town holding political events during the time he said he was going to be in Hawaii at a memorial for his father,” he said.

Everyone had to give Reyes the benefit of the doubt but it was pretty obvious what Reyes was doing, Attorney General Democratic Nominee Greg Skordas said.

The new debate is now scheduled after mail-in ballots have gone out.

“I think it’s clearly a benefit to an incumbent to have mail in ballots to go for a week and a half before a debate because historically in Utah, about 25 percent of voters will cast their ballots within the first week,” Skordas said.

Skordas said he knew this would be a tough race going in but feels his team and the UDC were manipulated by Reyes.

“We hoped for a fair contest, I don’t believe we got that, but we are going to go forward and see what the voters decide on Nov. 3rd,” he said.

You can watch the debate on FOX13 News Oct. 21 at 6 pm. View the full schedule of debates here.