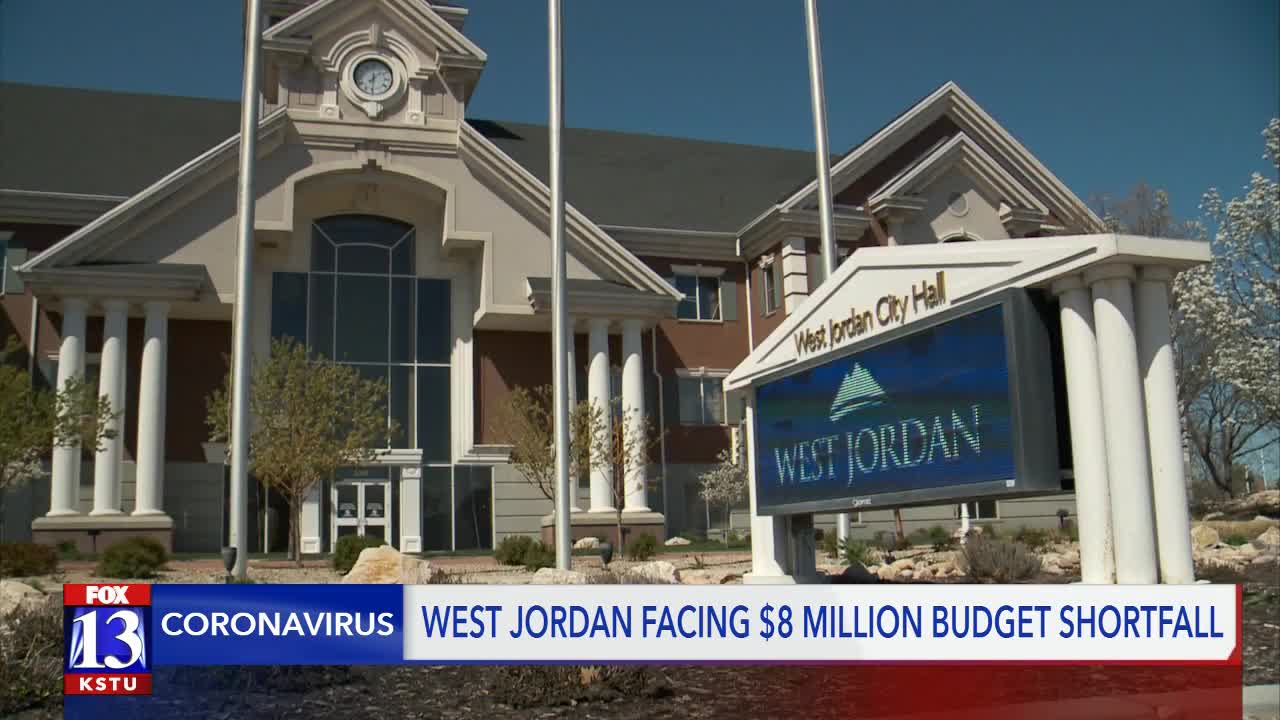 The city of West Jordan is asking government employees to consider giving up their job due to economic challenges.

WEST JORDAN, Utah — The City of West Jordan is asking government employees to consider giving up their job due to economic challenges.

West Jordan is facing an $8 million budget shortfall because of the novel coronavirus.

"Unfortunately, we are facing a budget that requires a major restructuring and will need to include a reduction of personnel," wrote Chief Administrative Officer Korban Lee in a letter to employees. "We want to proceed with such an action in the most compassionate way possible."

The city was already dealing with budget challenges prior to the COVID-19 pandemic. The problem has gotten worse due to the city's reliance on sales tax revenue.

"There’s always concerns with the city budget -- particularly in our city which has a very large growing population -- but not to the extent that we’re seeing now," said Tauni Barker, the director of community engagement for West Jordan. "Our sales tax has taken a real hit."

Barker said the city expects approximately 12-24 employees will volunteer to be laid off in exchange for a three-month severance package and health benefits or an equal COBRA health insurance bundle.

"It’s already hard enough to get a job in this time right now, so to take a severance would be alright but it wouldn’t be consistent money," said Dustin Peña, a consumer who shops for his grandmother in West Jordan. "They're lining up to get jobs if they can, not the opposite!"

It's unclear whether the voluntary layoffs will be enough to protect workers who want to stay employed.

"It really depends on the employee’s position, their current salary," Barker said. "The positive side of human nature is the employees that have stepped up and said, 'You know, I wasn’t planning to retire for another 6 months or a year, but if this will save the job of one of my coworkers, my friends, my family, I’m going to take the voluntary cut now,' which really indicates how close our employees are to one another."

The city would like employees to notify them of their intentions by Monday, April 13 in preparation for May budget discussions.