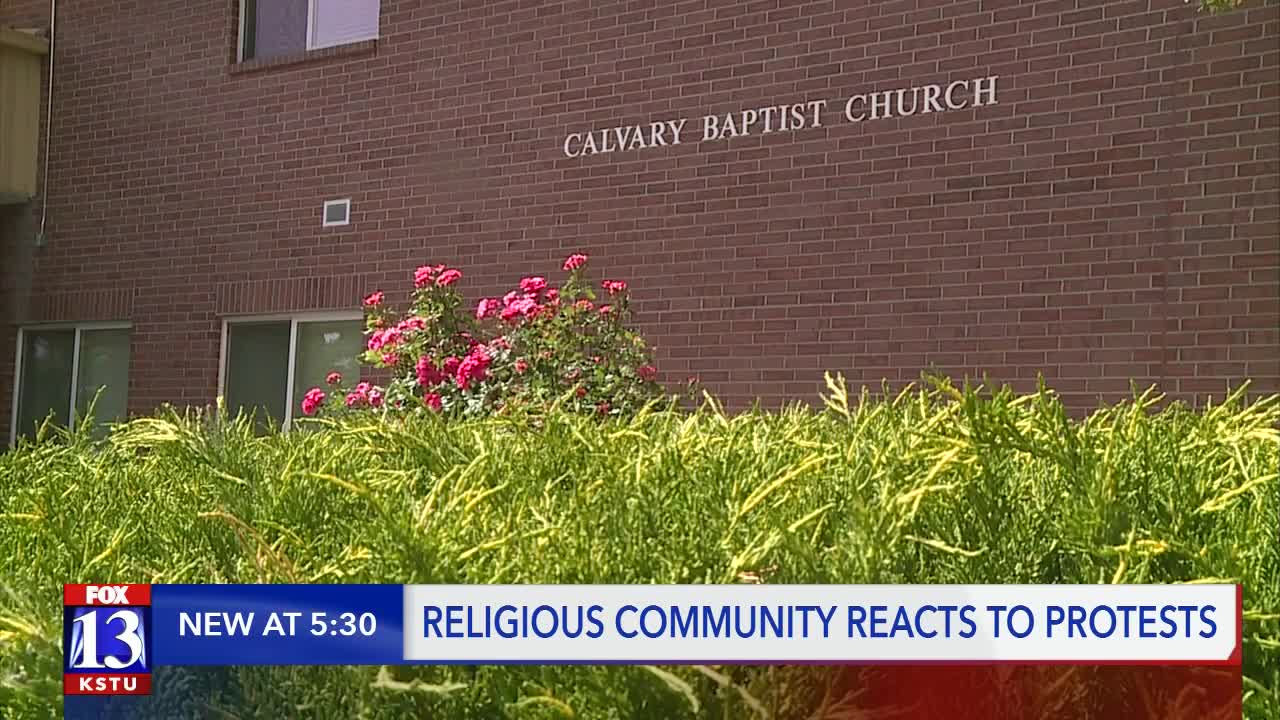 Rev. Oscar Moses says the feeling of racism is more subtle in Utah than in other areas he has lived.

SALT LAKE CITY — Rev. Oscar Moses is the pastor at the Calvary Baptist Church. He’s an African American, and before becoming a pastor, he was a police officer.

Tuesday, Rev. Moses shared with FOX 13 his perspective on racism.

That feeling of racism is more subtle in Utah than in other areas Rev. Moses has lived.

“It is more passive-aggressive — not blatantly out in your face, but you can feel sometimes when there is tension,” said Rev. Moses.

Tension that was likely felt by some during the protests over the weekend.

Rev. Moses does not support rioting and looting, but he does support action.

“This is what it feels like everyday, I just had to give you a piece of me,” said Rev. Moses. “So how do we move people with privilege from sympathy to empathy?”

It’s not just enough to feel bad, Rev. Moses said, but it’s time to do something, collectively as both white and black Americans.

“If we don’t take the intentional steps, these protests will be revisited very soon,” said Smith, the Department Chair for Education, Culture and Society at the University of Utah.

Smith has lived in Utah since 1999 and said racism is covert throughout the state — a tension that builds up over time.

“You have stress just dealing with your job, but once you put racism on top of that and knowing that you have to deal with that on a day to day basis, that becomes wearing,” said Smith.

It’s called “racial battle fatigue,” something Smith said people of color experience from as early as pre-school and into adulthood.

“Until we tap in to see what the experience is like for people of color — boys, girls, men and women — we won’t know the pain that they’re dealing with,” said Smith. “We won’t be able to deal with trying to break down systemic oppression.”

Oppression in the government system and culture is the biggest change Smith hopes for.

“From sexuality, to class, to gender, to race,” said Smith. “We need to understand that if you’re going to oppress one, all are interrelated.”

In a message shared by Salt Lake City Police Chief Mike Brown to the Calvary Baptist congregation on Sunday, Brown expressed a similar desire — to love one another.

“I stand here today to tell you that I love you, my brothers and sisters,” said Brown.

That same message is the one Rev. Moses extends to all.

“Black or white, it doesn’t matter what color,” said Rev. Moses. “That they will know who we are by our love.”