NewsWhat's in the Basement?

What’s in the Basement? An item removed from the Utah State Capitol building for questionable imagery 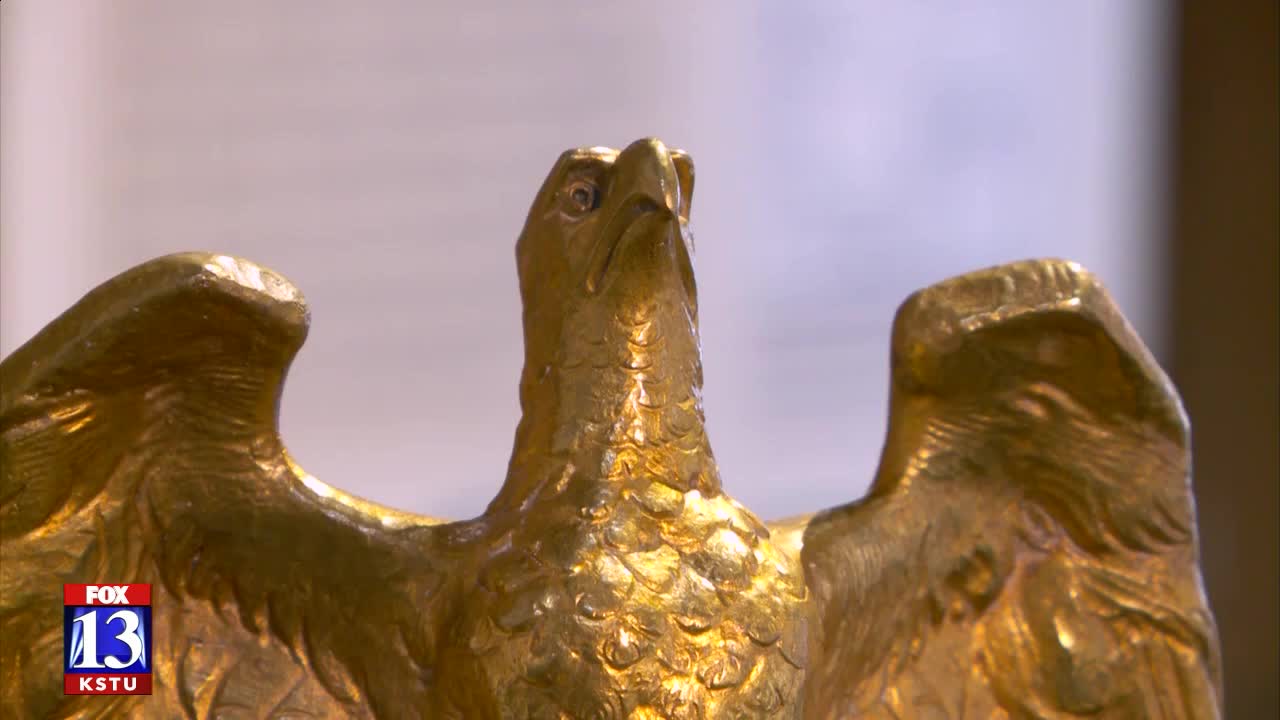 What’s in the Basement? An item removed from the Utah State Capitol Building for questionable imagery.

The Capitol had opened less than two years prior, and the eagles, roughly a foot high, had sat atop the massive light fixtures in the grand staircase.

As World War I raged, many people, including Utah’s then-governor Simon Bamberger, thought the eagles looked too much like the eagles seen in the German coat-of-arms and called for their removal.

It’s unclear what happened to three of the four original eagles, but one of them has been stored in the basement of the old Rio Grande train station along with other items collected by the Utah State Historical Society.

It’s currently on loan to the Fort Douglas Military Museum which is temporarily closed due to the pandemic.

Watch the video to learn more about the eagle, and the history, and perhaps even the future of today’s questionable images that are being removed from public spaces.