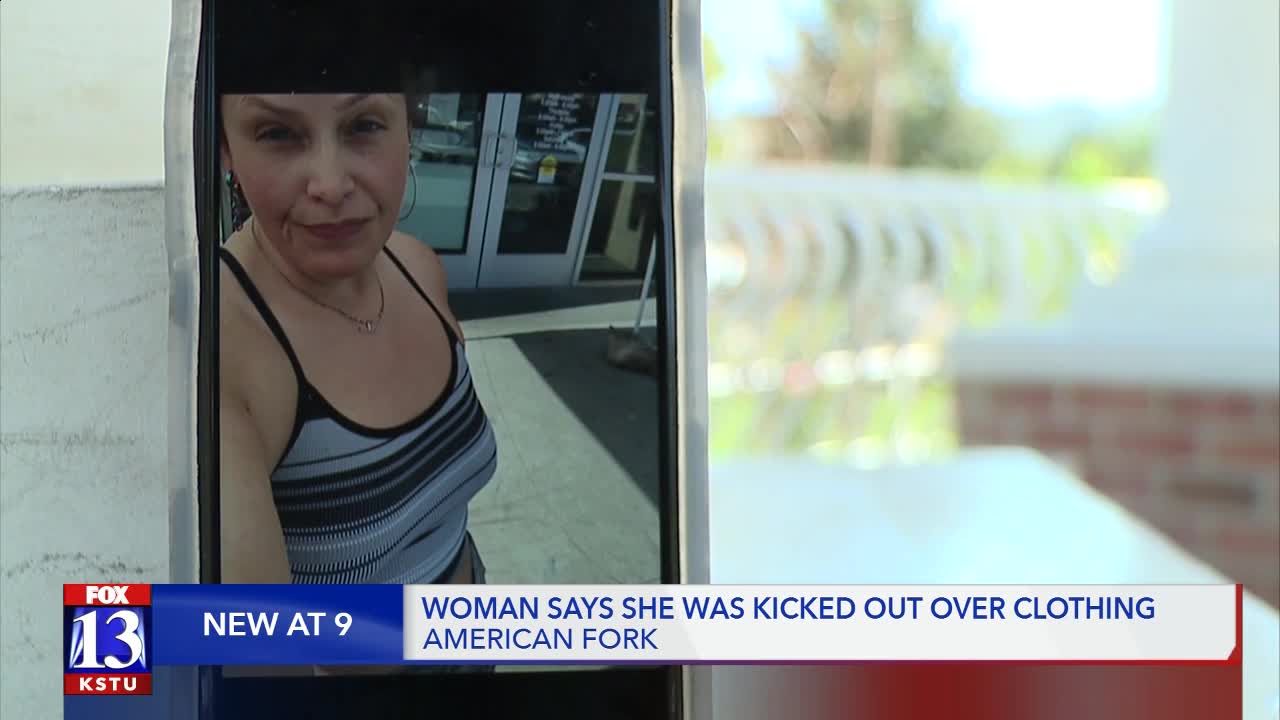 AMERICAN FORK, Utah — A woman claims she was kicked out while trying to donate plasma in Utah County, because of the way she was dressed.

Rebecca Ortinez has come to the BioLife Plasma services in American Fork twice a week for the past three weeks.

“I never felt like I made anybody uncomfortable,” said Ortinez.

On Tuesday, Ortinez told Fox 13 that the manager at BioLife told her her outfit was distracting to employees and other plasma donors.

“The manager actually said your nipples are poking out, it’s very distracting,” said Ortinez. “You’re not even wearing a bra and that’s not even considered a shirt.”

The conversation made Ortinez feel uncomfortable.

Ortinez also said the manager mentioned to her that a lot of return missionaries for The Church of Jesus Christ of Latter-day Saints are donors at BioLife — Ortinez said she walked out.

“I was thinking about it and I was like, you know that’s really not right,” said Ortinez.

Walking back into the facility, Ortinez said she asked the manager to write down what she had been told.

“She says no, I will not do that at all,” said Ortinez.

Refusing to leave without a written note, Ortinez said she was fine if they called the police.

When the American Fork Police arrived, officers said they informed Ortinez if she returned to the facility again she would be charged with trespassing.

When Fox 13 spoke with officers, they indicated that their role was simply to make sure nothing got out of hand when they asked Ortinez to leave.

In a statement, a spokesperson on behalf of BioLife wrote, "Our goal is to ensure BioLife standards are clear to both our employees and donors visiting the center.”

The spokesperson indicated that they are reviewing protocols across all of their facilities, "to ensure that they are being communicated effectively and applied consistently.”

For Ortinez, she said she hopes this will bring awareness.

"I don’t think she was necessarily being mean and trying to make me not give plasma,” said Ortinez. "I just think it’s ignorance.”