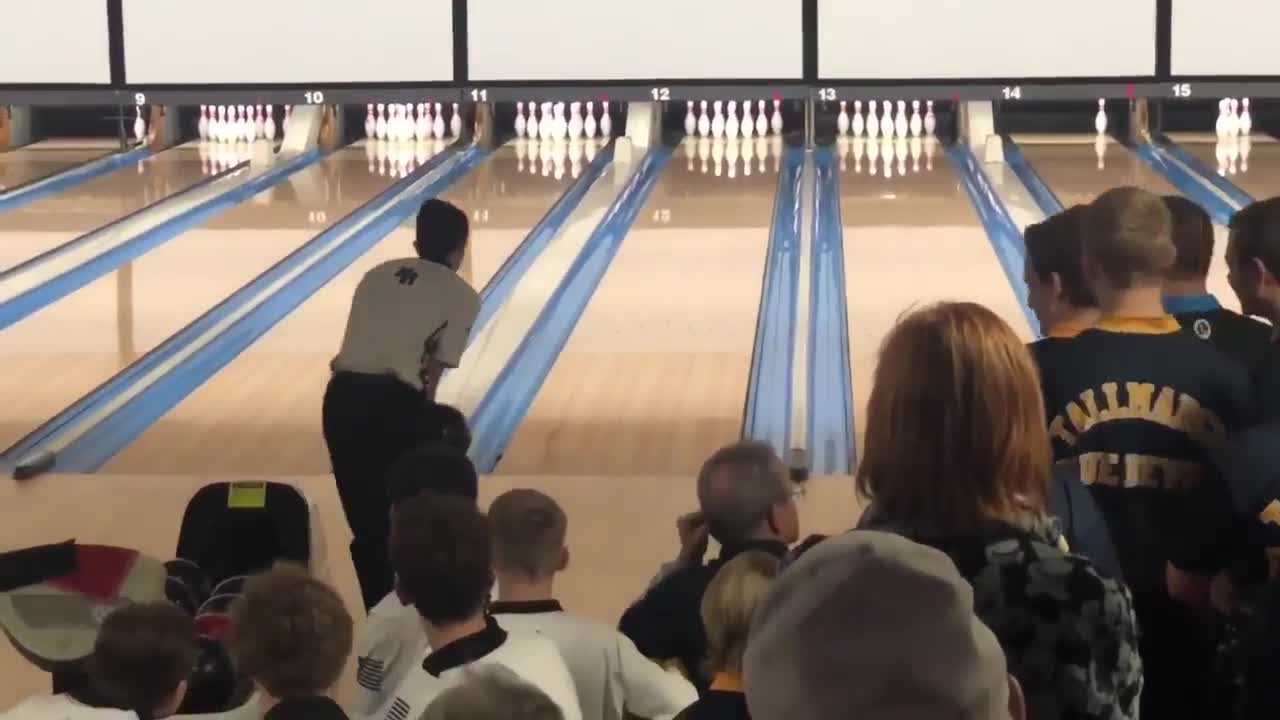 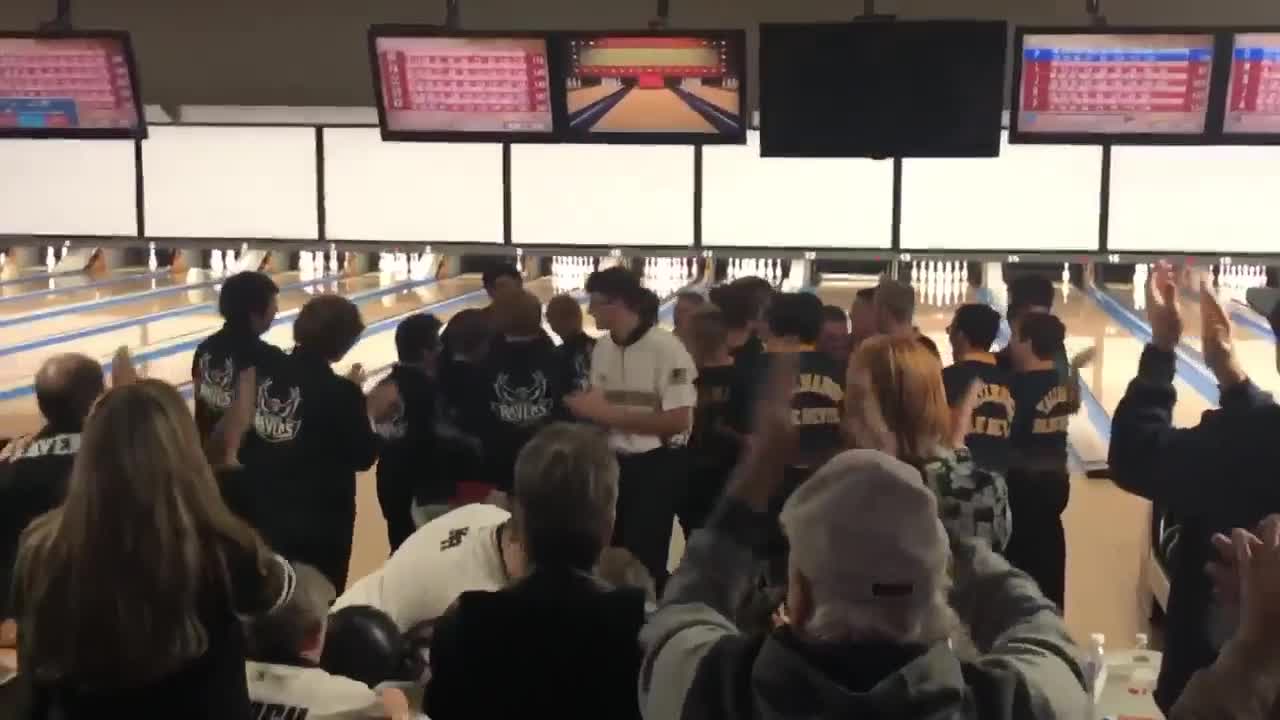 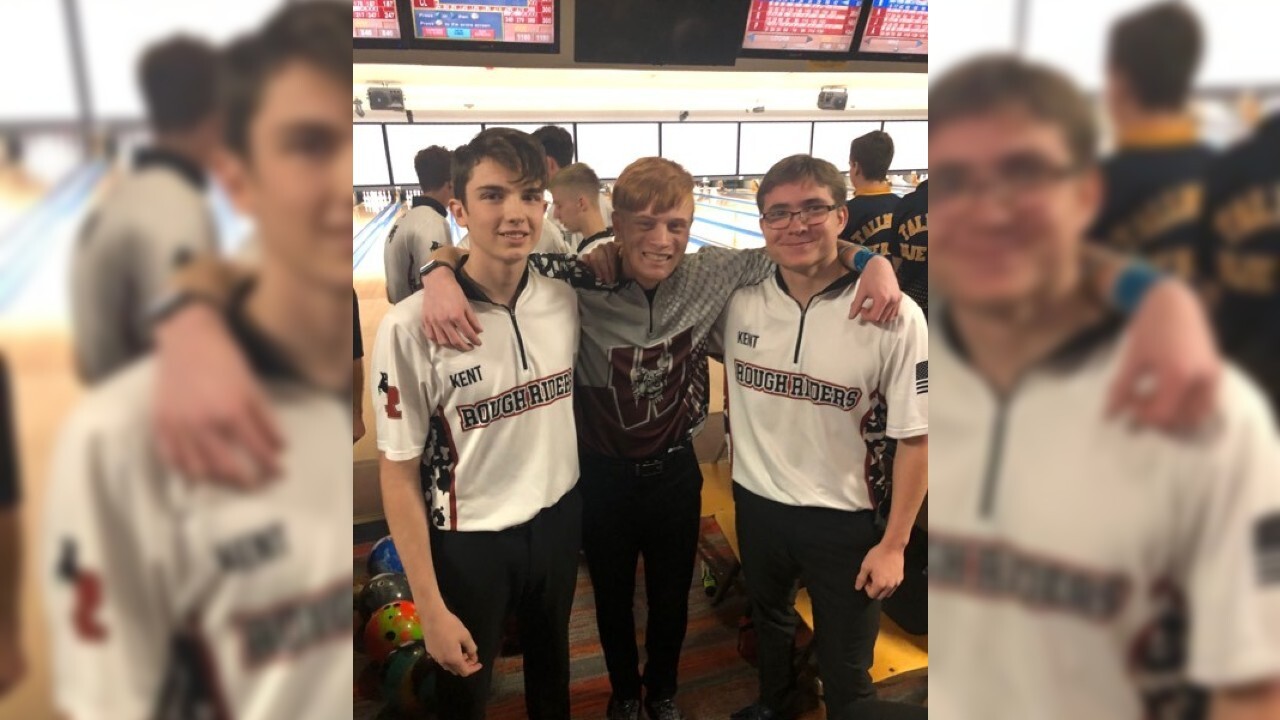 Matthew Richards, 15, and Chris LeSueur, 16, are members of the Kent Rough Riders bowling team. The whole team was bowling well at the Ravenna Ravens Invitational Tournament, but Matthew and Chris did something special during their games.

After their nine straight frames of strikes, Matthew and Chris bowled their tenth frames back-to-back.

Chris, a junior at Theodore Roosevelt High School, shot first, getting the last three strikes he needed for a perfect game. Immediately after Chris’ impressive game, Matthew, a sophomore at the same school, joined his friend in bowling a perfect game.

Within minutes of each other, the two boys bowled consecutive 300 games, an incredible feat for two friends to do at the same tournament.

At around the same time the boys were bowling their perfect games, another bowler was following suit.

On the other end of the bowling alley, Bryce Oliver, who is a senior on Woodridge High School’s bowling team, bowled a 300 game at the same time as Matthew and Chris.

At the end of the Ravenna Ravens Invitational Tournament, three teens had bowled perfect games, all within five minutes of each other.

“The whole alley stopped,” Matthew’s mother Julie Richards said. “It was a great experience for them, it was just so rewarding. It was overwhelming, I don't think something like this has ever happened before.”

According to Richards, Bryce is set to attend the University of Pikeville in Kentucky next year.

Both Chris and Matthew have received college scholarship money and plan to continue their bowling careers at the collegiate level, but the two have a few years before that day comes. In the meantime, the two friends can relish in the excitement of their back-to-back perfect games.

This story was originally published by Camryn Justice at WEWS.