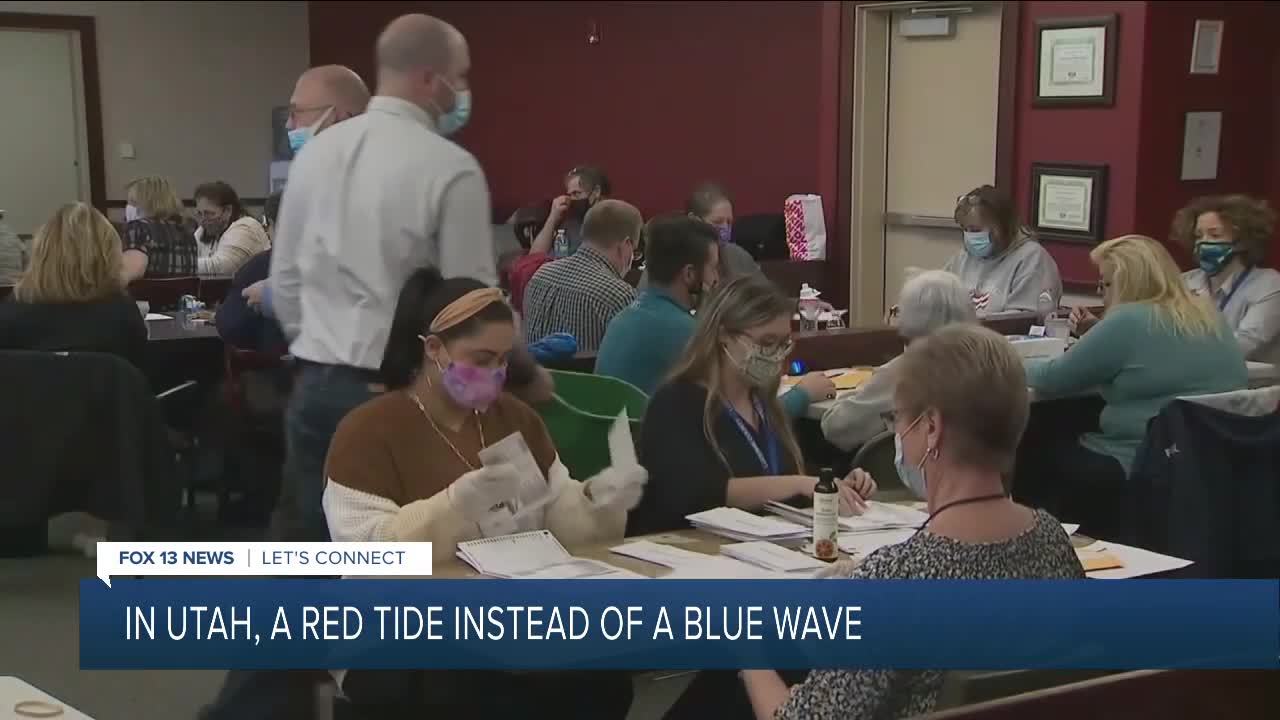 SALT LAKE CITY — We call elections "races," and Republican Burgess Owens didn't look like he had a full head of steam in his race against Democratic incumbent Congressman Ben McAdams for Utah's 4th district seat in congress.

Wednesday morning after the election, McAdams had a lead nearing 8,000 votes.

But in Utah, it was a red tide rather than a blue wave. Owens won 11,000 more of the remaining votes than McAdams, who conceded the race on Monday, Nov 16.

In places like Pennsylvania and Michigan, in-person ballots showed a lead for President Donald Trump, but that turned out to be an illusion created by laws that didn't allow the counting of mailed-in ballots until election day or later.

In Utah, the opposite happened. Mail-in ballots are processed early and the initial vote counts made it look like Democrats swept through a number of close races in Salt Lake County.

But despite a long history of mail-in voting, the in-person vote was overwhelmingly Republican, suggesting Utahns were at least to some degree swayed by President Trump's skepticism of the mail-in process.

In the story above, we use data from Salt Lake County to show the unexpectedly partisan difference in the manner of voting chosen by Utahns.