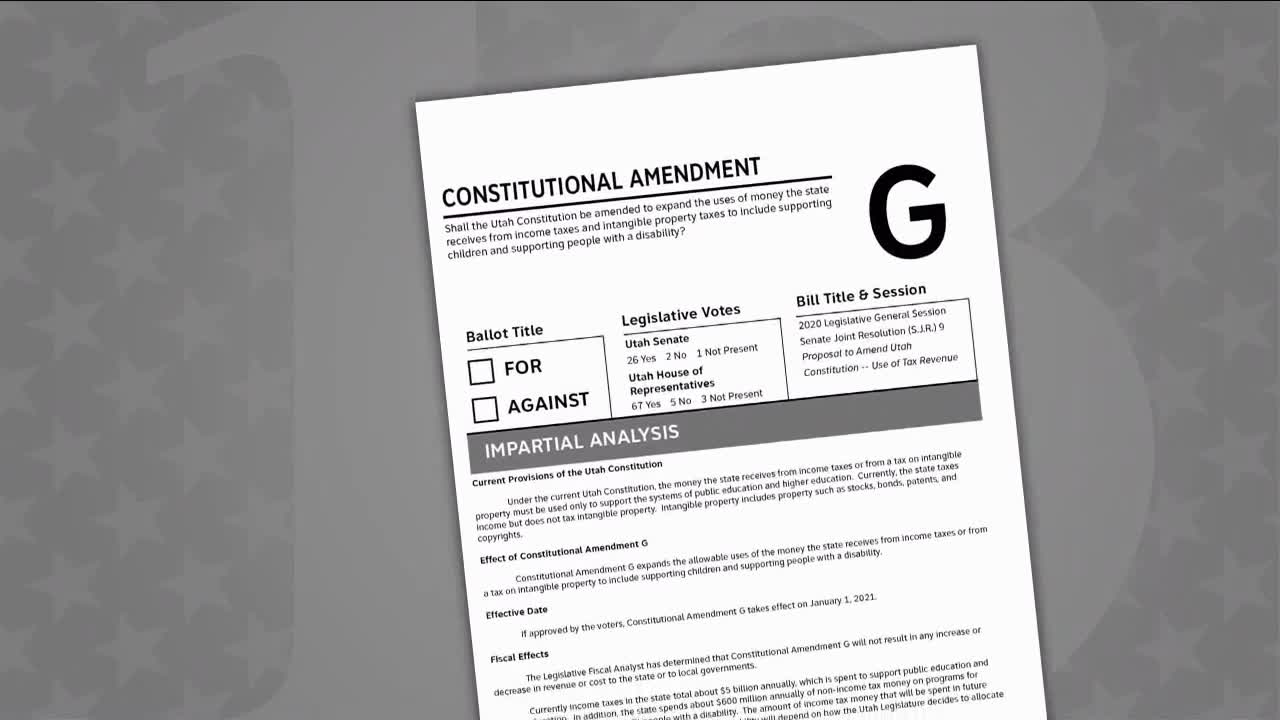 Utah voters will soon decide on an issue that could impact school children for years to come.

SALT LAKE CITY — Utah voters will soon decide on an issue that could impact school children for years to come.

Currently, income tax revenue must be used to fund public or higher education.

Amendment G would allow income tax funds to be spent for “supporting children and supporting people with a disability.”

“The main thing behind this is legislature wanted more flexibility. They wanted to use some of the education fund money for general fund purposes,” said Shawn Teigen, research director and vice president of the non-partisan Utah Foundation. “We at Utah Foundation could have written a 100-page report on that one alone.”

Utah Foundation is providing analysis of the seven Constitutional Amendments placed before voters.

“There is a reason why all these people have come together in a very unique way,” said McKay Jensen, president of the Utah School Boards Association.

“When times are bad, we would be able to pull money to be able to make sure we are protecting public education and stabilizing a basic funding framework for them,” said Sen. Ann Millner (R-Ogden), who was the floor sponsor of the bill.

While Amendment G’s attachment to H.B. 357 is fueling much of its support, those in opposition don’t believe it offers any guarantees.

Advocacy group Voices for Utah Children is encouraging voters to mark "no" on their ballots.

“I have serious concerns that we are not adding more money to a revenue stream. We are actually taking the guarantee off of it and moving it into a broader pot,” said Moe Hickey, C.E.O of Voices for Utah Children.

Voices for Utah Children worries that taking any money away from education will be detrimental to Utah families.

If voters give Amendment G the green light, it could shake up a system that has been around for decades.

“You have some people that are really holding on to the fact that we have this earmark — we don’t want to let this earmark go,” Teigen said. “This other group says, you know what, that earmark hasn’t worked for us.”