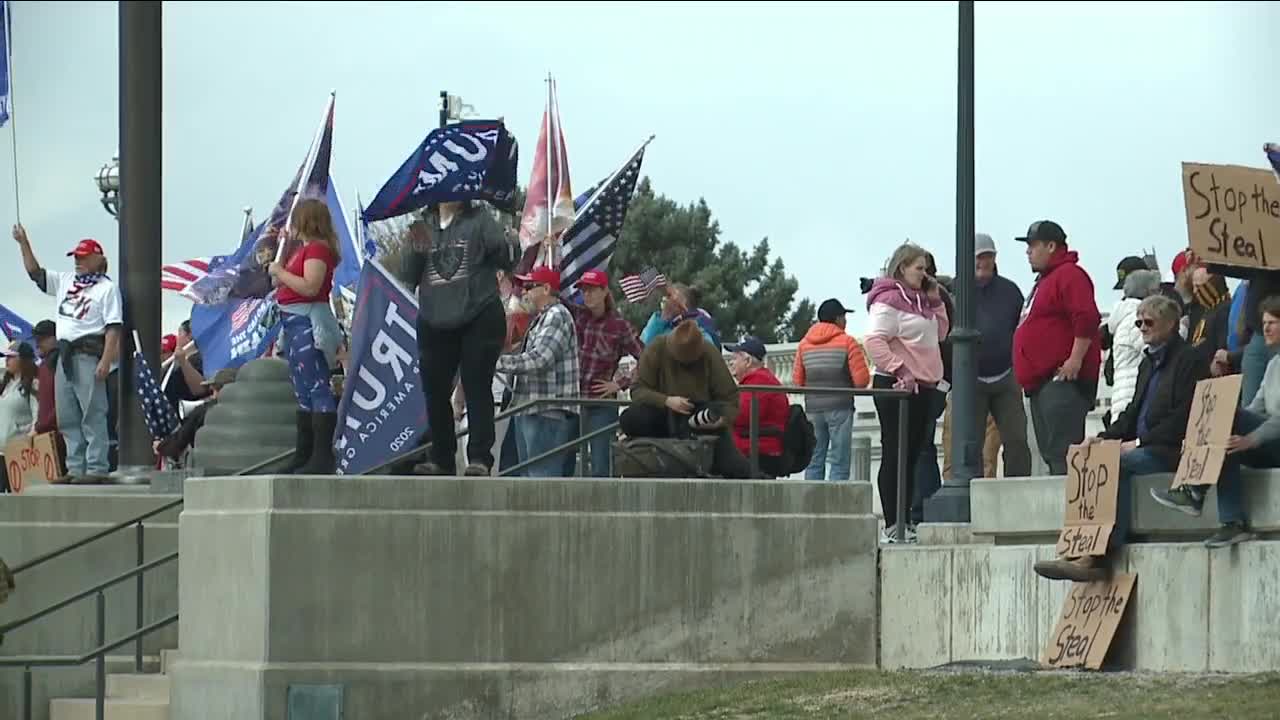 A large group of people gathered at the Utah State Capitol grounds Saturday just hours after President-elect Joe Biden was projected as the winner of the 2020 election. 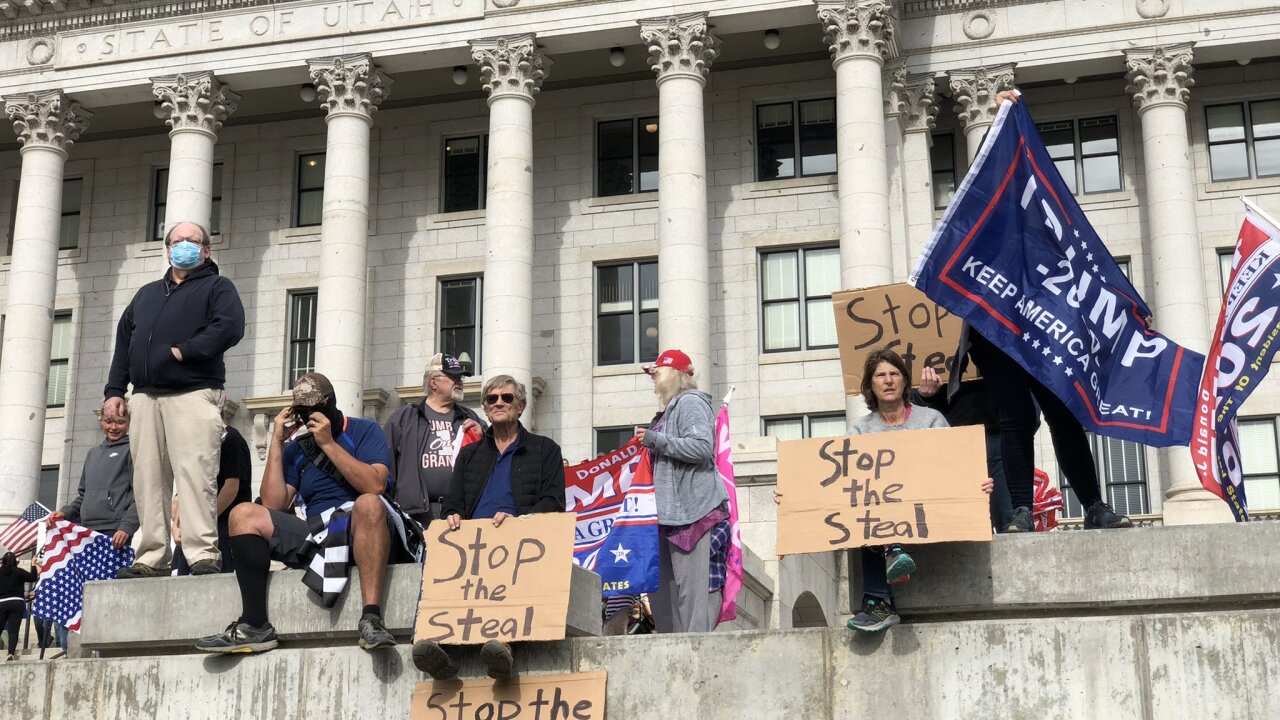 SALT LAKE CITY — A large group of people gathered at the Utah State Capitol grounds Saturday just hours after President-elect Joe Biden was projected as the winner of the 2020 election.

On the Capitol steps, supporters of President Donald Trump claimed the election was stolen and they were heard chanting "Stop the Steal," "Audit the Vote" and "What do we want? Voter ID laws! When do we want them? Now!"

The protest began on the steps of the Capitol at roughly 11 a.m., and spread to the south side of the grounds as the crowd grew to about 300 people by 1:30 Saturday afternoon.

Some supporters of President Trump expressed distrust in this year's election.

"We need not just a recount, we need a re-vote. With protections in place specifically in the contested states," Rebeccah Hudson said. When asked to clarify if she wanted a full re-do of the election she said, "Absolutely because those fraudulent votes are already there, if you recount them, you're counting fraudulent votes."

Alena Ericksen said until she was certain there was no foul play in the election, she would continue to support President Trump's push for investigations into ballot counts.

Meanwhile, supporters of Biden, and Vice President-elect Kamala Harris gathered on the south end of the Capitol grounds to make their voices heard.

Ingela Rundquist disagreed with Trump supporters' statements that the election was stolen.

"I think that's ridiculous to put it lightly," Rundquist said. "Here in Utah, we've had vote-by-mail for a long time, but other states haven't. And this is something new they've been trying out [and] just because the ballots took longer to count doesn't mean they are not valid. A lot of the laws are different state-to-state."

Krista Kendall, another Biden-Harris supporter, said both sides had a right to be at the Capitol Saturday, but she was disappointed that some felt the election was fraudulent and stolen.

"They have a right to do what they're doing, but it's just sad to see that they're not trusting the process and giving in to false claims where there's no proof," Kendall said. "This is democracy, the people have spoken and we need to trust that. That's just how it works. That's what makes America great."

By 2 p.m. rain clouds moved in and most of the supporters from both sides began to disperse. But roughly 50 impassioned protesters stayed through the rain and continued to chant, honk and dance near the historic Salt Lake City council hall just south of the Capitol grounds.