Utahns at GOP convention express optimism in an unusual year 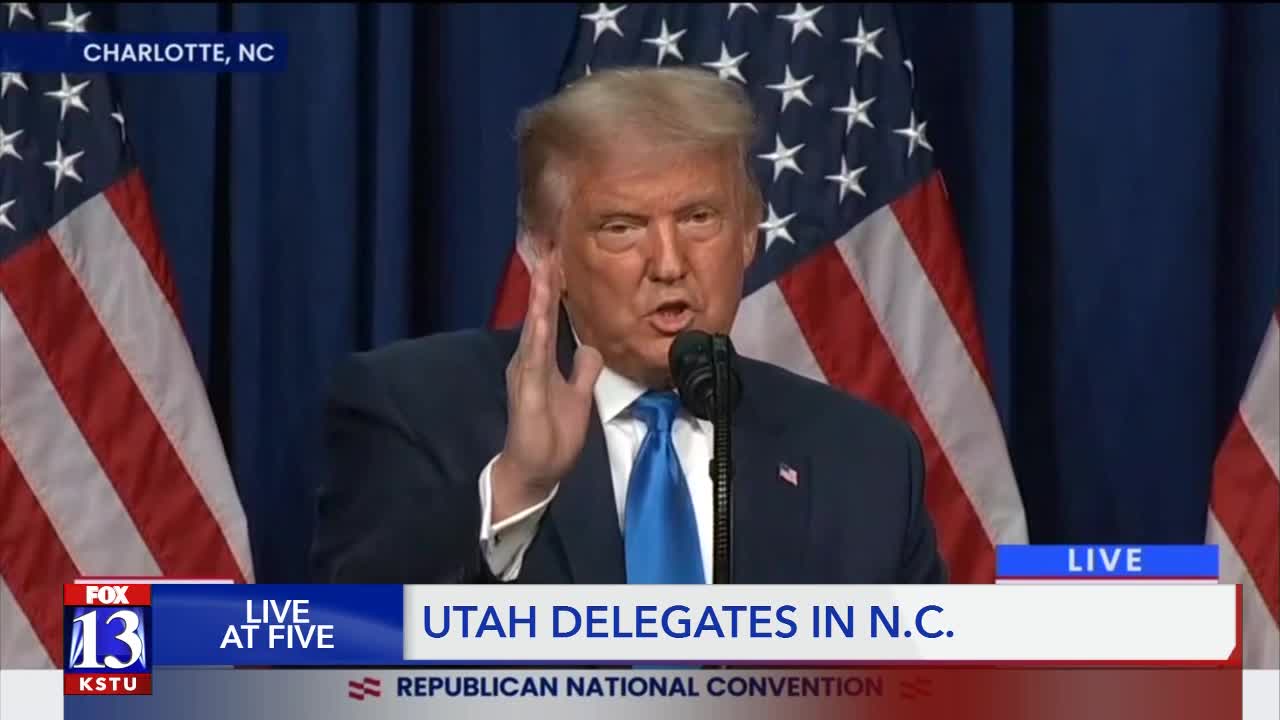 CHARLOTTE, N.C. — Although only six delegates were able to attend for only one day, it’s still a chance to be a part of history.

That’s the experience of the Utahns lucky enough to attend the Republican National Convention in Charlotte, North Carolina.

Salt Lake County Councilwoman Aimee Winder Newton said as a “political geek,” she was glad to be there.

“But it’s not nearly as exciting as past conventions because there's not all the people and hoopla,” Newton said.

“It's exciting to look over the past four years. This president has really kept his word,” said Adams.

Both Newton and Adams said the key to success in the November election is a focus on what they see as a solid record of accomplishments.

Newton specified the recently announced accord between Israel and the United Arab Emirates.