Comet NEOWISE discovered by telescope made in Utah 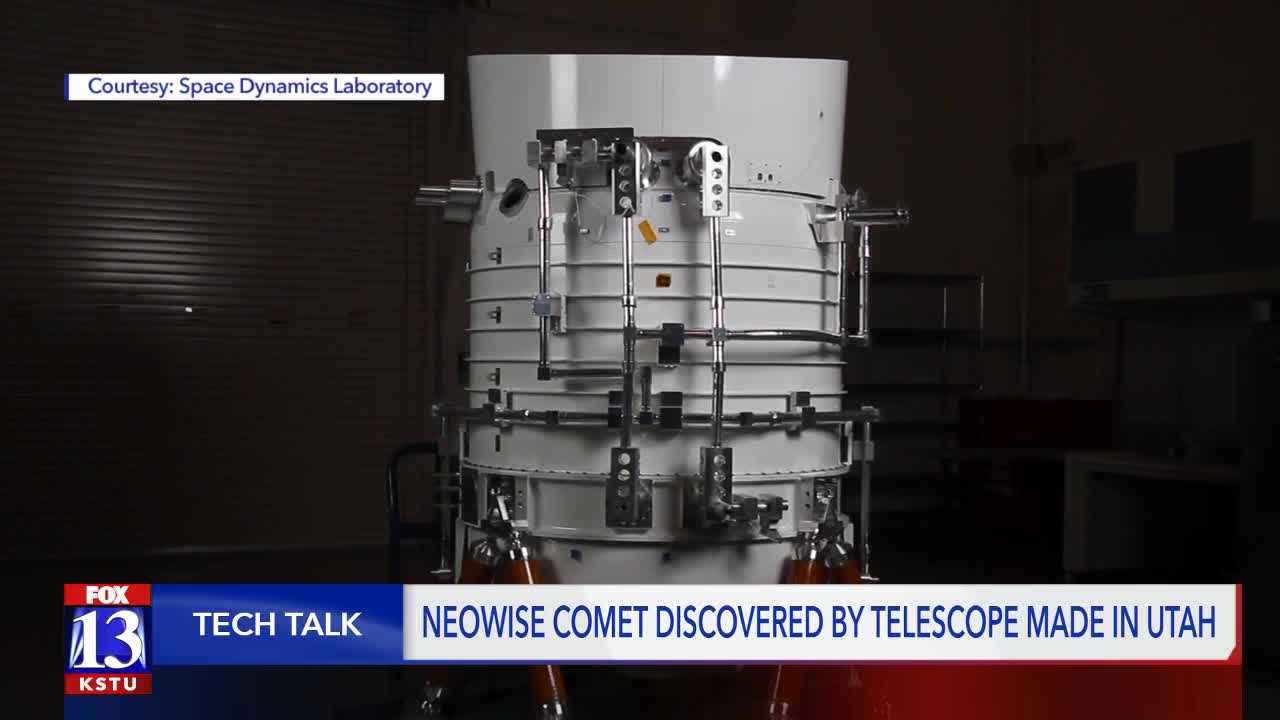 You may have been lucky enough to see Comet NEOWISE with your own eyes, but did you know the telescope that discovered it was made in Utah?

LOGAN, Utah — You may have seen pictures or even videos of the NEOWISE comet, or maybe even with your own eyes if you're lucky enough. But did you know the telescope that discovered it was made in Utah?

The space-based telescope was built by Utah State University's Space Dynamics Laboratory for NASA between 2006 and 2009.

It was launched into space for its first mission under the name "W.I.S.E." which stands for Wide-field Infrared Survey Explorer.

Its job at the time was to map and catalog objects in space using infrared sensors to detect objects as cold as -330º F all the way up to 1,300º F.

After it completed its mission, W.I.S.E. was put into hibernation in 2011, before being woken up again to fulfill and new purpose.

"It was reactivated back in 2013, and actually the main reason it was reactivated is that in February 2013 there was an asteroid that impacted the earth over Russia and it actually caused a lot of injuries to people in Russia as well as several millions of dollars of damage," said Pedro Sevilla, the program manager of the NEOWISE Telescope at Utah State University's Space Dynamics Laboratory.

The telescope got renamed to N.E.O.W.I.S.E. to become the Near-Earth Object Wide-field Infrared Survey Explorer.

That basically means it detects objects like asteroids and comets that are close to the earth's orbit using the two infrared sensors.

"What it does is it’s constantly taking pictures every 11 seconds of every single day, and it looks at an area that’s roughly the size of the moon," said Sevilla.

When the images come back down to earth, scientists at Caltech University use a special computer program to go through all of the images and find objects that are moving from one image to another.

"Once they find an object that is moving, then they go into the databases to figure out whether that object has been seen before. If it hasn’t been seen before, then they send the information to the minor planet center," Sevilla said.

On March 27, 2020, the comet now known as NEOWISE was discovered by the telescope bearing the same name.

Researchers at Utah State University's Space Dynamics Laboratory say that so far the NEOWISE space telescope has collected more than 20 million photos of the universe with scientists across the country using the data for other purposes besides looking for asteroids and comets.

With NASA's approval, the space telescope made in Utah will stay active at least until the end of June.

On July 22, 2020, The NEOWISE comet will be at its closest point to earth at a mere 64,000,000 miles away, which still sounds like a lot, but it will be the best chance to see it as up close and personal as you can get with the human eye without high zoom level cameras and telescopes.

For those of you hoping to catch a glimpse of Comet NEOWISE before it’s gone, NASA says there are several chances throughout the end of July 2020 when it will become increasingly visible shortly after sunset in the northwest sky.

Scientists at NASA say if you’re looking at the sky without the help of observation tools, Comet NEOWISE will likely look like a fuzzy star with a bit of a tail, so they say using binoculars or a small telescope is recommended to get the best views of the comet.

For those of you hoping to see Comet NEOWISE for yourself, here’s what you should do:

Each night, the comet will continue rising increasingly higher above the northwestern horizon as illustrated in the below graphic:

You can find more tips on how to see Comet NEOWISE and other facts about it on NASA's website.