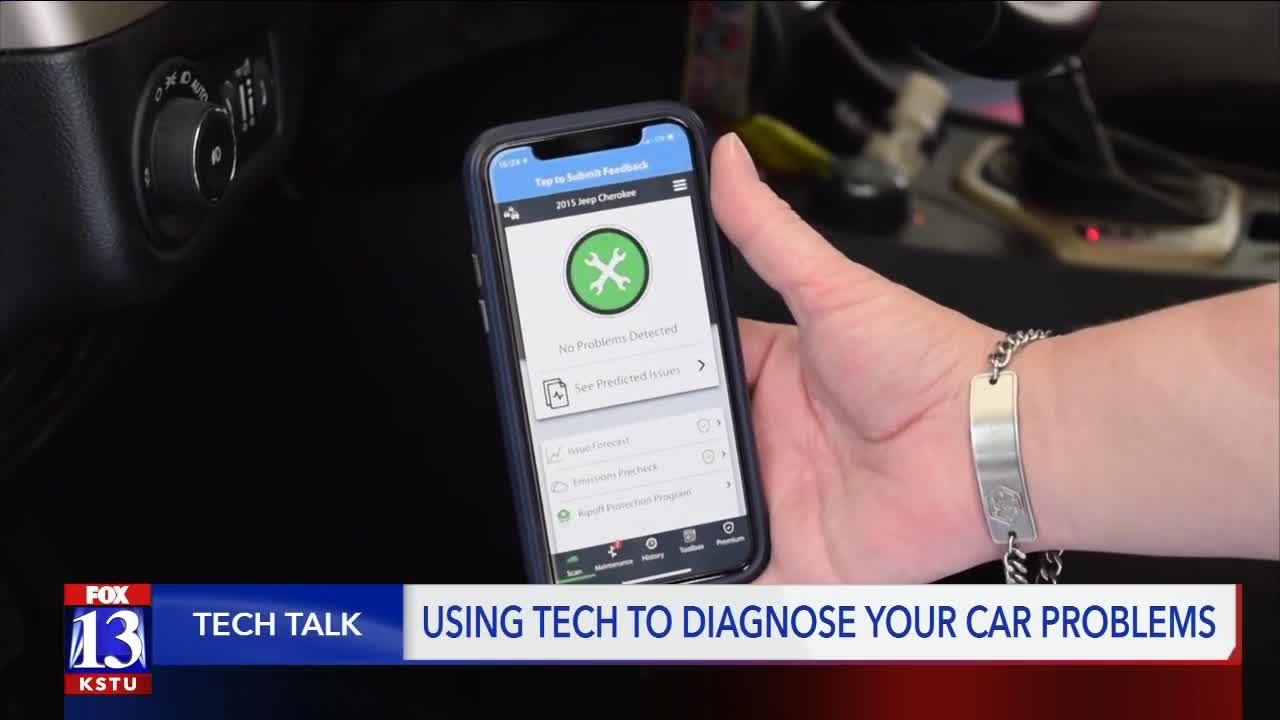 As technology gets more advanced, consumers are taking advantage of it to save time and money.

It's a small device that plugs into your car, usually under the steering wheel, and the company says it works with any car made after 1996.

It works alongside a smartphone app for both Apple and Android phones.

To use it, all you have to do is set up an account on the FIXD app, then press the "Tap to Scan" button.

This lets you scan your FIXD device's ID code on the back of it, using your smartphone camera.

Then it tells you to plug it into your car's OBD port and then hit the scan button again.

Once it syncs with the car the information starts flowing into your smartphone.

The FIXD team said they work with certified mechanics to constantly improve the app and make sure it's giving you accurate information.

"We also give users a way to rate a particular definition and if it’s not fitting we always go back and reexamine and redefine those over time," said Gattuso.

The device and app will tell you what your check engine light means, how bad the problem may be, show you maintenance reminders, and you can link multiple vehicles, so you can see the health and status of all of them.

This device won't solve all of your problems though.

There are some extra features you can pay for too in the premium version of the app and those include:

Mechanic Hotline
This is where FIXD Mechanics can be available Monday thru Saturday to call for expert advice about explaining what's wrong with your car and where you can go to get it fixed. They can even offer a walkthrough on how to fix it yourself, should you be confident enough and have the right tools.

Confirmed Fix & Cost
This feature is supposed to help you avoid scams and save on labor. FIXD Premium tells you the exact fix you need with an accurate cost estimate for your issue.

Issue Forecast
This feature claims to predict future problems with your vehicle based on the engine computer and other electrical system readings and it prompts you on the steps you can take to avoid them.

Issue Commonality
The idea behind this feature is to let you know how common or rare your issue is so you never walk into the auto shop blind.

Emissions Pre-Check
This test lets you check your emissions at home. The FIXD teams say it will help you know if your vehicle will pass the first time and avoid a wasted trip.

Something worth mentioning is that this device will not work with a Tesla vehicle unless you buy an adapter and put it into your vehicle because they do not have OBD ports in them.

Some other newer car models may not have them either, so it's best to check if yours does have one before you invest in a FIXD device.