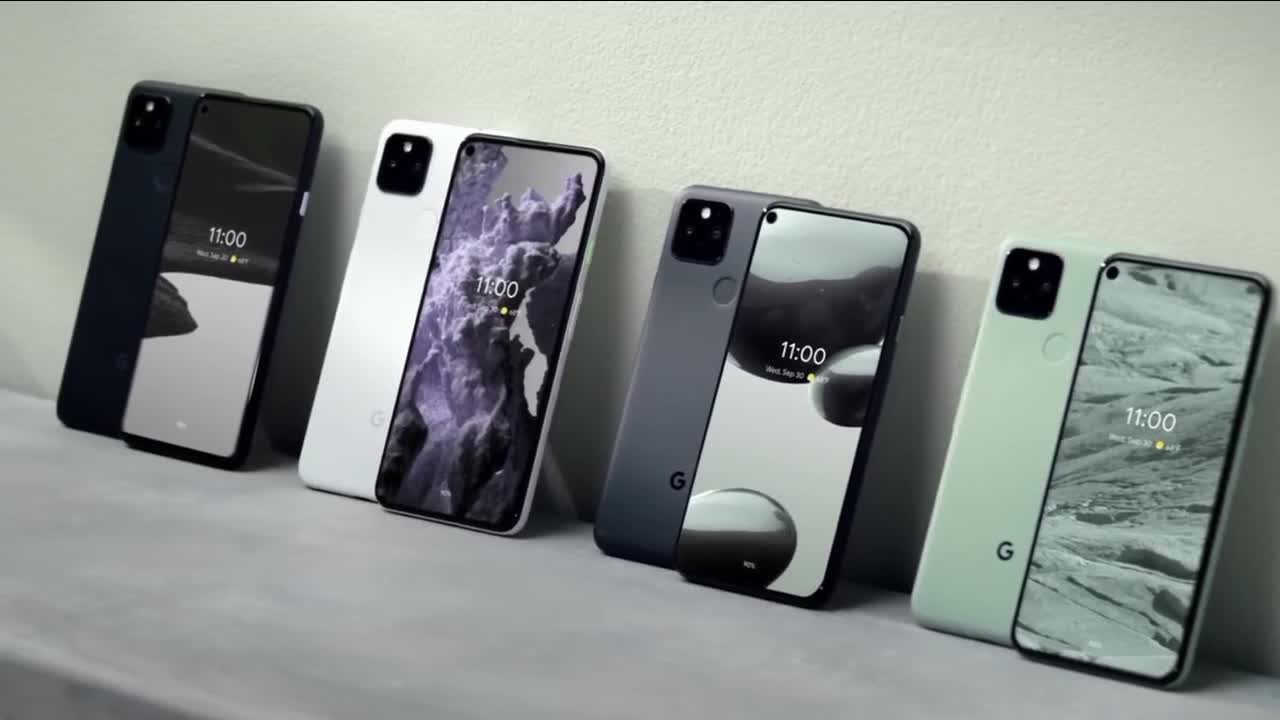 Apple and Samsung aren't the only ones coming out with new tech - Google is revealing some of their own including two new smartphones, a smart speaker, a streaming device, and a new streaming service

In true pandemic fashion, Google announced its latest and greatest technology in a socially distant manner, while acknowledging the restraints brought on by COVID-19.

To kick off their lineup, Google team members showcased their own streaming service called Google TV.

The streaming service seems to focus on priding itself on tailoring recommendations for shows and movies to help you find something to watch quickly.

Shalini Govil-Pai, the General Manager of Google TV said, "It can actually take longer to choose something to watch than to watch the content itself [...] I would usually look within all my different apps to figure out what I would watch, but with Google TV, I’ll see a row of recommendations from across all my favorite streaming subscriptions."

A feature called Watchlist helps you bookmark shows from your phone or laptop while on the go, so you don't forget by the time you get home.

It comes in three colors - Snow, Sky, and Sunrise.

This version also comes with a fancy new remote, equipped with a smart assistant button, like it's competitors.

The remote also has buttons on it that take you straight to YouTube or Netflix.

YouTube TV premium is also built-in, so you can watch live TV and you can stream photo albums to the new Chromecast, turning any TV into a digital photo frame.

Nest security camera users can also look live at their cameras and have playback streamed to the new Chromecast devices.

You can pre-order the new Google Chromecast for $69.99 here.

Google's smart speakers are also getting an upgrade with Nest Audio.

Then there's the new Google Pixel 4A 5G and the Pixel 5 5G smartphones.

The Pixel 4A 5G is an upgrade of the previous version with a few tweaks like a larger edge to edge display, a better battery, a faster processor, an upgraded camera system, and it's ready for 5G connectivity.

The Pixel 5 has all of those features with the added benefits of being water-resistant and having wireless charging, but no headphone jack.

Both phones have the same front and back cameras with an ultrawide lens on the back.

Google also added a few new features to both phones like the ability to share what's on your screen during Google Duo video calls and the Hold For Me feature where the Google Assistant will wait on hold for you and tell you when you have someone waiting to speak to you.

You can join the waiting list for the Pixel 4A 5G here and it will cost $679.

The Pixel 5 is available for pre-order now for $799 here and it comes in two colors - Sorta Sage and Just Black.

Pixel 4a 5G will be available in Japan on October 15th, 2020, and eight other countries starting in November.