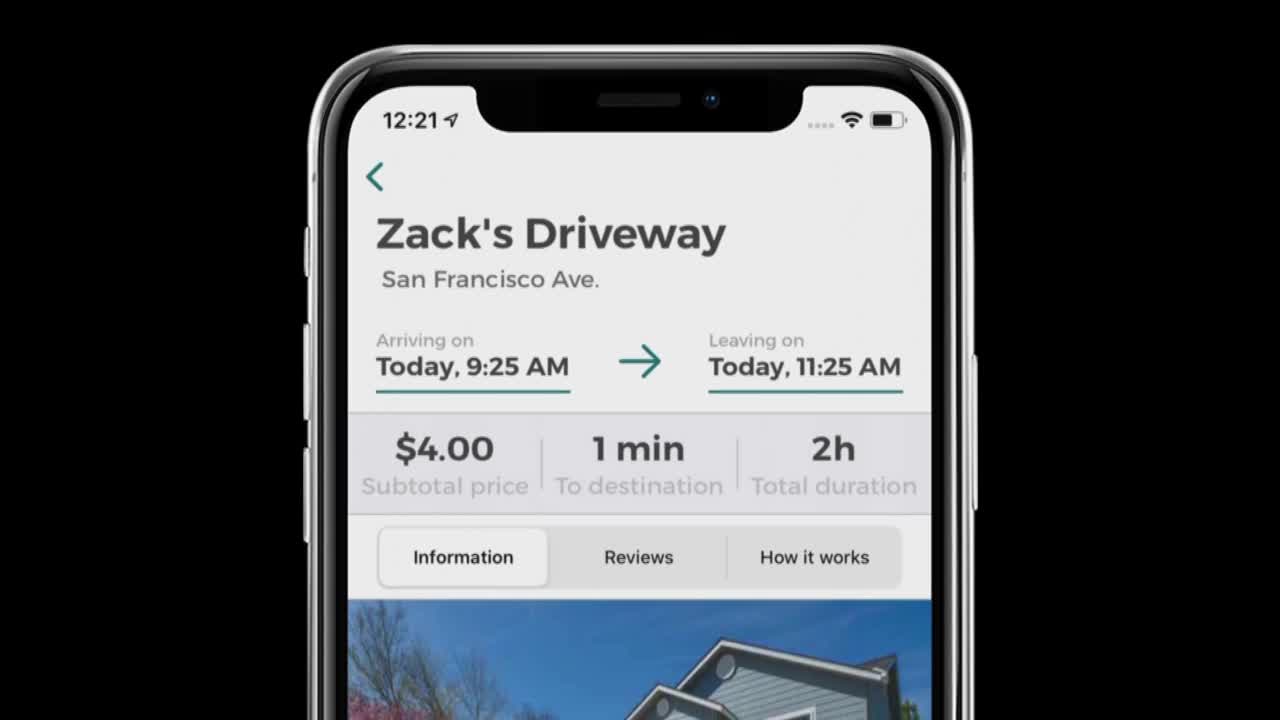 These days you can rent homes, cars, scooters and even boats with a few taps of a smartphone, but now parking space rental apps are looking like the next big thing, and they're coming to Salt Lake City

SALT LAKE CITY — At first, there was AirBnb, then came Uber, and then Bird.

Now parking space rental apps are becoming the next must-have.

Prked is expanding from its home state of Miami into other markets like Salt Lake City after launching in February 2020.

The idea is similar to that of AirBnb, but instead of renting a place to stay, you're renting a spot to park your vehicle.

Dylan Fay, The Vice President and Co-Founder of Prked said this idea stems from all the other digital rental services out there and it was just a matter of time before something like this came along.

"Especially with the pandemic going on, people are looking for ways to make any sort of side income they can," said Fay.

People wanting to rent their space just need to enter a few details like where it is, when it's available, if there's a code needed to access it, and whether it has a charging station for an electric vehicle.

Fay said, "You would add a couple of pictures, and then after that, we just verify you have the right to lease that spot, either you’re leasing that property or own that property."

If people renting the spaces don't move their cars when the rental period is up, they can be towed under the terms of service agreement that users accept when signing up for the app.

While Prked is expanding into Salt Lake City, another app doing the same thing is just starting up here.

The idea of convenience spurred both of them to make an app that works very similarly to Prked, even though neither company had heard of each other before.

Fay said, "I think there is going to be a good amount of competition coming up and we’re open to that and we’re also open to working together to build that."

The Prked team is already working on getting cities to partner with them to rent out parking spots.

"Cities own a lot of land for parking, a lot of different structures and buildings and stuff that they own the parking at, so we would be able to work with them to list their spaces so they benefit from it as well. It’s not that we’re taking money away from the city, we’re actually helping them," said Fay.

Pepper and Kim won the first-place prize of the Startup Pitch at the 2020 Utah Economic & Energy Summit, which includes $3,000 and six months of free office space at The Shop Workplace.

Prked is only available to download on Apple devices.

Parq is available to download for both Apple and Android devices.