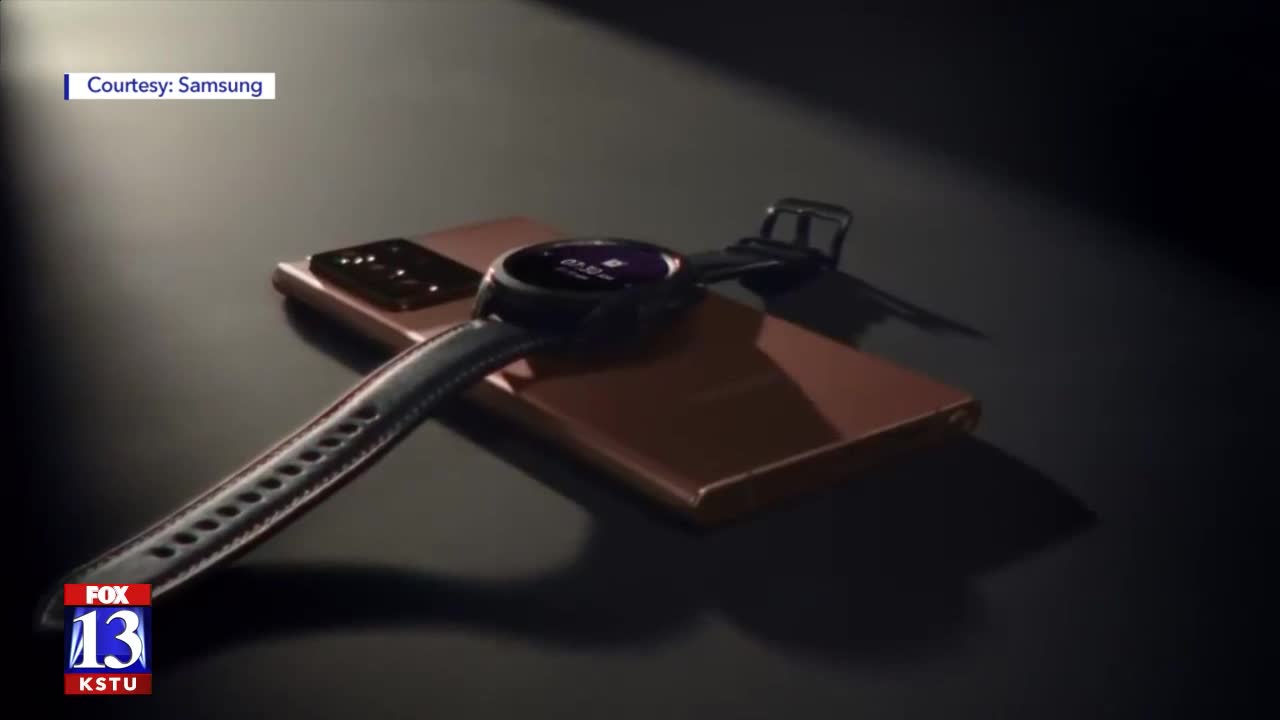 Samsung held a virtual event to show off their new phones, tablets, smart watch, and earbuds.

Even the pandemic can't slow down tech companies like Samsung as they held a virtual event on Wednesday to showcase their new phones, tablets, smartwatch, and wireless earbuds.

The Galaxy Note20 Ultra is 6.9 inches from corner to corner and is 0.1 inches bigger than the previous model (Galaxy Note 10+) and the other new phone, The Galaxy Note20, is a little smaller at just 6.7 inches.

Both also get an improved S-Pen that's supposed to be more accurate and responsive to users with the ability to do gestures that don't require contact with the phone screen.

The Galaxy Note20 Ultra will be the high-end phone model with a high refresh rate screen, expandable memory with an SD card, and a periscope zoom lens.

The Galaxy Note20 will not have those features and it shows in the price with it starting at $999 and the Note20 Ultra starting at $1,299.

Both can be pre-ordered online and they will go on general sale in late August.

The bigger one has a more vibrant display and a built-in fingerprint sensor within the screen, unlike the smaller one.

Both models will be available in silver, black, or bronze this fall.

Samsung also took the time to upgrade its smartwatch lineup with the Galaxy Watch3.

The tech giant says this new model is thinner, smaller, and lighter than the original Galaxy Watch.

The Galaxy Watch3 comes in two sizes, the 41mm and the 45mm, similar to the smartwatches made by Apple.

The 41mm watch comes in two colors - bronze and silver.

The Galaxy Watch3 offers health and wellness features to keep up with its competitors including:

It wouldn't be a tech event without at least one show-stopping thing to make other tech giants sweat.

Samsung is taking wireless earbuds in a new direction by making them even smaller than the rest, designed to be comfortable enough to be worn all day, and last longer.

The makers say the battery of the Galaxy Buds Live can last up to 6 hours of continuous playback with and extra 15 hours of battery life in the charging case.

They're also equipped with active noise cancellation (ANC) meaning they block out noises from the environment around you.

After releasing two foldable phones that got complaints about them breaking too easily, Samsung unveiled the next one in their lineup, the Galaxy Z Fold2.

The Cover Screen is 6.2-inches and the Main Screen is 7.6-inches, making them both larger than the original Galaxy Fold.

The Galaxy Z Fold2 comes in two colors (black and bronze) as well as a Thom Browne Edition.

The foldable smartphone can be reserved on Samsung's website.