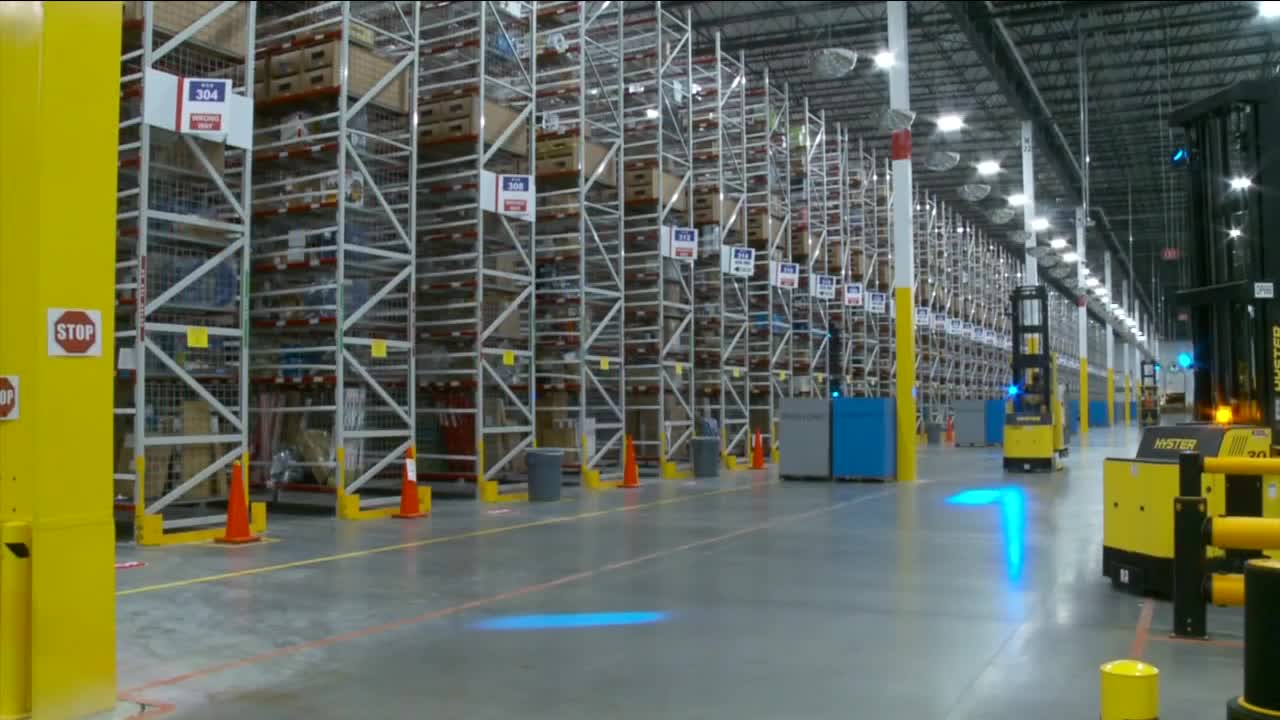 SALT LAKE CITY — Even while our state tries to rebound from the effects of a pandemic, the Utah Inland Port Authority (UIPA) said they're seeking out tech companies to help boost business in Utah through the e-commerce industry.

On September 14th, 2020, they reached a deal with the company Warehouse Exchange.

It's a website that lets warehouses sell space to other companies.

Grant Langston, the CEO of Warehouses Exchange said, "You’ve got warehouses that are sitting with 10, 20, 30, 40% of them empty, and then you’ve got people who have businesses that need this space."

"It is currently a website, it is not yet an app but we would certainly contemplate making it and if for no other reason just because it makes it easier to use on a smartphone," said Langston.

The Executive Director of the Utah Inland Port Coalition, Jack Hedge said, "This is just one example of the way that technology is coming into the logistics industry. Making the industry more streamlined, more efficient, and better access for users across the board."

It's another online marketplace, but this one helps trucking companies find somewhere to put their semi-trucks and trailers on a short-term or long-term basis.

It connects these people with companies that have extra space that can be used to store semi-trucks and trailers.

UIPA says the goal of the partnership is to reduce truck parking in neighborhoods.

"We believe that we’re giving them a tool that helps their business grow to the next level. That means they can hire more employees and that is a good economic benefit to Utah in general," said Langston.

Despite the potential economic benefits from this, groups like Stop The Polluting Port Coalition are questioning the real motive behind these deals and agreements.

Deeda Seed with the Stop the Polluting Port Coalition said, "If this was just all about filling existing warehouse space, and it suggests maybe there is a lot of existing empty warehouse space, we can live with that piece because those warehouses are already built, but if the is about increasing the amount of warehouse space, massively, which is what the developers and property owners in the inland port want to have happen, that’s problematic. Especially when we as taxpayers are subsidizing that development."

The Utah Inland Port is going to be a massive import-export center on the northwest quadrant of Salt Lake City, on a plot of land west of the Salt Lake City International Airport.

Stop the Polluting Port Coalition is just one of many groups who have expressed concerns about the destruction of migratory bird habitats on the wetlands where the Inland Port is slated to be built.

They've also expressed concerns about an increase in air pollution from the expected increase in diesel trucks going into and out of the port.

Protests over the port have led to several arrests in the state capitol and in downtown Salt Lake City.

Former Salt Lake City Mayor, Jackie Biskupski, sued the state over the project accusing it of being a "Land Grab" on the city's taxing authority.

The current Mayor, Erin Mendenhall, has vowed to continue the lawsuit.

Hedge insists their intentions with the new agreements and deals are good.

"It’s not about building a port facility or building a new asset. This is about making better use of existing assets which frankly may not be in the port jurisdictional area," said Hedge.

The UIPA said they also entered agreements with Rocky Mountain Power and Dominion Energy in the hope of swapping out heavy polluting diesel semi-trucks with ones powered by electricity and other sources of renewable and non-polluting energy.

Hedge also said that they are working with the Aspire Center at Utah State University to add automation to more labor-intensive warehouse jobs, pushing people to go for the higher-skilled and higher-paid ones.

"The tech revolution is coming into the logistics industry hard and fast and we’re just trying to facilitate that so that it works better for all of us," said Hedge.

The next Utah Inland Port Authority board meeting is scheduled for December 2nd, 2020 at 4 p.m.