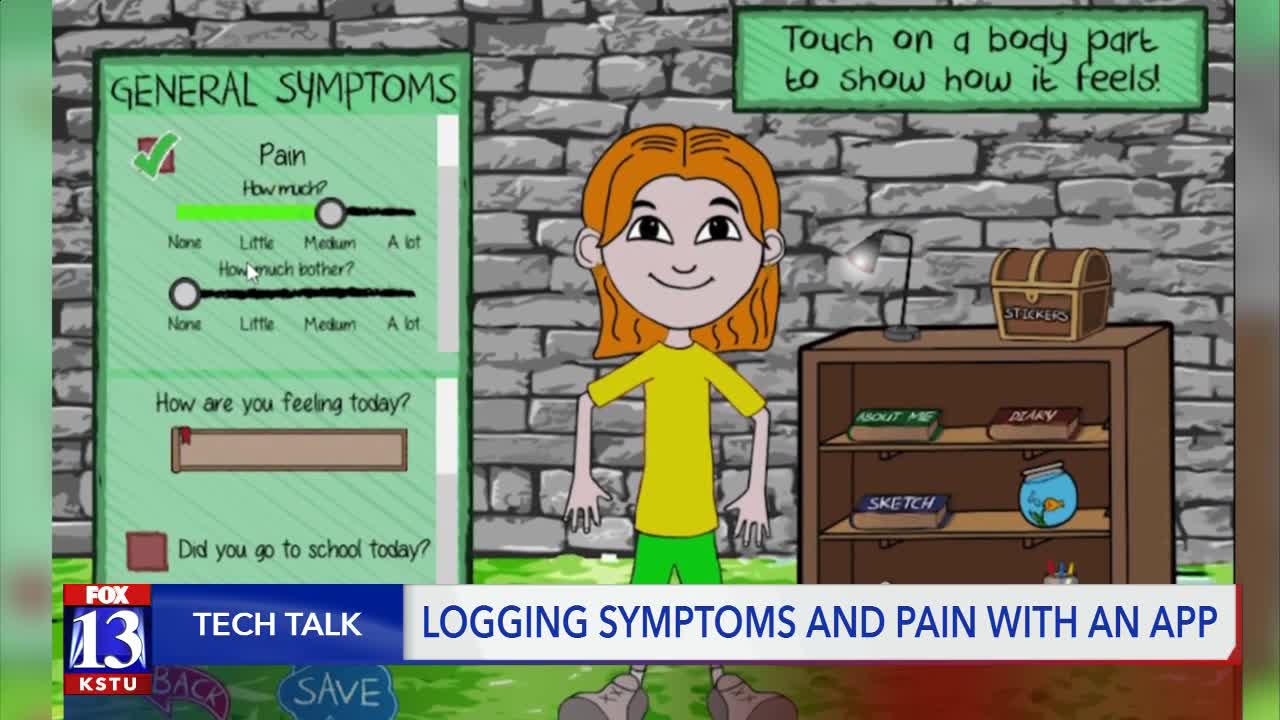 Now an app called Color Me Healthy is being developed by a team at the University of Utah.

Its goal is to get kids with cancer to share their symptoms with their parents and doctors.

Lauri Linder, PhD, APRN, CPON, is an Associate Professor at the University of Utah College of Nursing and she said this is a problem they've been trying to address for some time.

"Children don’t necessarily report their symptoms unless we are intentional in asking [...] maybe through some of our own observation we may not feel that a child is in pain, but when we take the time to ask, we can get meaningful information," said Linder.

For this project, Linder has been working with the Therapeutic Games and Apps Lab at the University of Utah to make the tablet-based app.

Roger Altizer, PhD, is the Director of the GAPP Lab and he said Color Me Healthy is a great example of how tech can help advance medicine.

"Kids understand games and apps really well. I think COVID-19 has shown that lots of people are using more apps and more games in their lives so it’s a natural thing to expect kids to be able to use an app to describe their symptoms," said Altizer.

Color Me Healthy lets kids write down their symptoms in a diary and create an avatar that they use to describe where they might be experiencing any pain.

All this information is then translated into a report that doctors can review.

Altizer said, "It’s almost like a journal, but the most fun journal you’ve ever had in your life."

In the future, they want to be able to transmit the data they collect on the app to a child's electronic health record.

"Color Me Healthy represents a new kind of medicine that we call Digital Medicine and it’s an incredible chance for patients, clinicians, and game developers like myself to make things that people want to use," said Altizer.

The app isn't publicly available yet, but the hope is to have it ready soon so doctors can start using it on their younger patients and get them the right treatment and pain relief they need.

This project is funded by the National Institutes of Health and the St. Baldrick's Foundation.