SALT LAKE CITY — It was on this day in 1933 that Utah (yes, Utah!) cast the deciding vote to repeal Prohibition.

“Uncertainty Faces the Nation as Liquor Ban Falls,” was the headline in the Deseret News, owned by The Church of Jesus Christ of Latter-day Saints.

On “Utah Booze News: An Alcohol Policy Podcast,” FOX 13’s Ben Winslow and The Salt Lake Tribune’s Kathy Stephenson discuss “Repeal Day” and its significance on the nation legalizing alcohol. For a special edition of the podcast, Kathy talks to historian and bar owner Del Vance about Utah’s role in ending Prohibition. 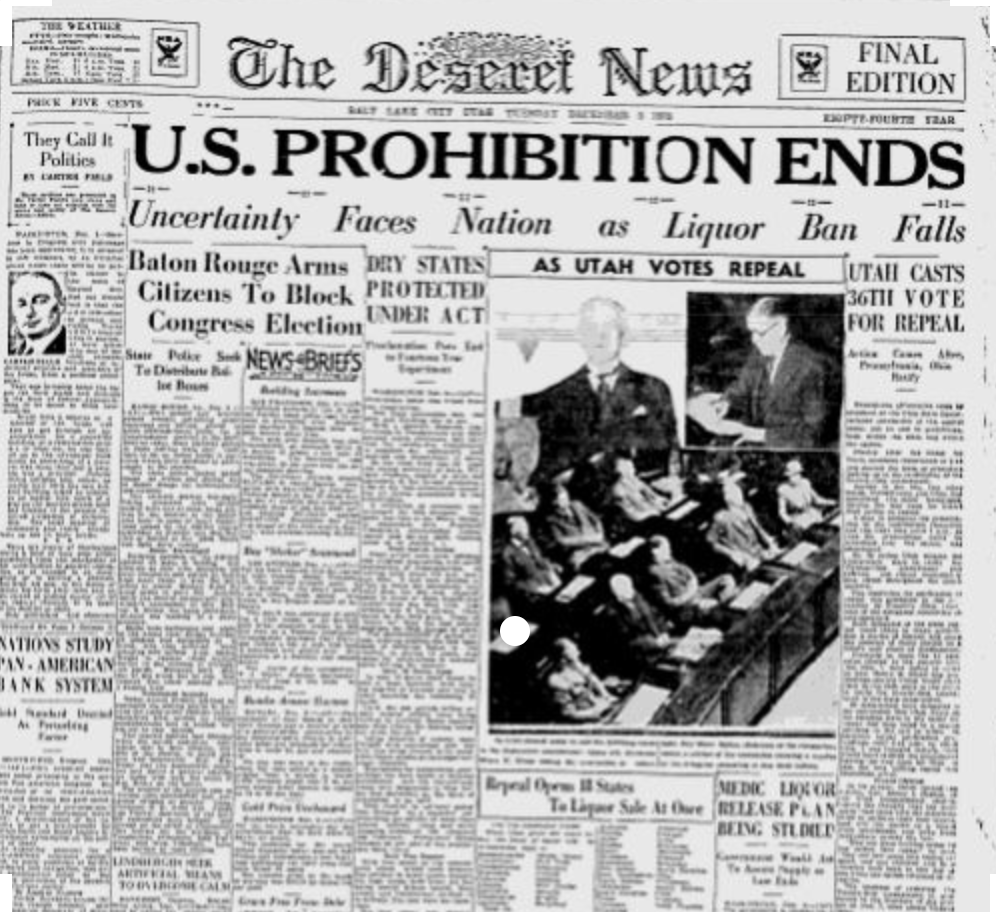 Tanner Lenart with Christensen & Jensen takes your questions on why Utah’s liquor laws are the way they are, and what could happen next.

We’re also on “Pappy Watch” as the rare liquor returns to DABC stores.