As unemployment grows, so does CEO pay; how it’s impacting workers

As unemployment grows, so does CEO pay; it’s impact on workers 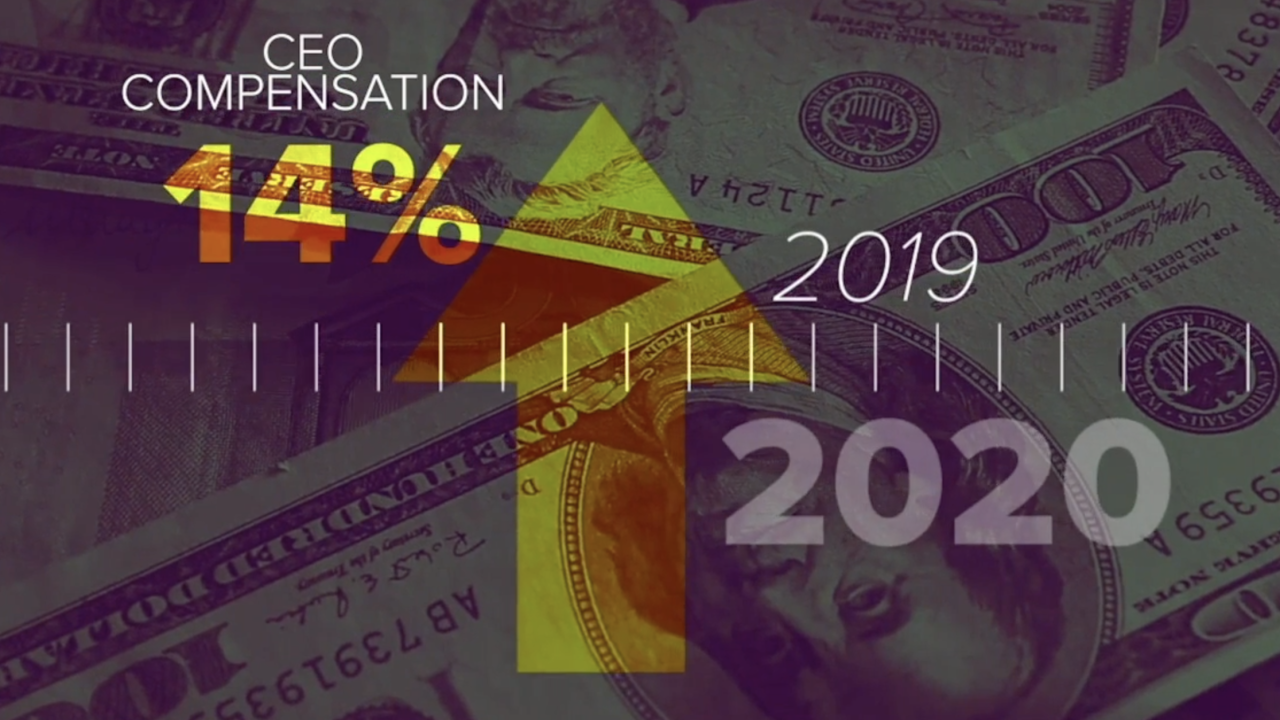 Amid high unemployment across the country, a new report is showing executive compensation is growing as CEOs continue to cut millions of jobs.

“We find that a CEO now earns about 320 times that of a typical worker in their main industry,” said Lawrence Mishel, a labor economist and distinguished fellow at the Economic Policy Institute, an independent think tank in Washington D.C.

Mishel just authored a report analyzing CEO compensation. That report shows how in March and April when some CEOs were reported to have cut their salaries during the economic downturn, it wasn’t as big of a sacrifice as it seemed.

“Salaries make up about 5 percent of CEO compensation packages,” explained Mishel. “And it seems like when CEOs say they are making a sacrifice, it’s really, I think, is better for press releases than in that they are actually going to take a cut in their standard of living.”

The report shows CEO compensation increased by 14 percent just last year and is set to continue to go up this year, even in a recession with companies having to let go of millions of workers.

“The wages of the vast majority, the bottom 90 percent, has grown only half as fast as it otherwise would have had the top 1 percent not really expanded like it did,” Mishel explained.

Essentially the “profit pie” has not grown proportionate to CEO compensation growth. So, as CEOs are getting significantly higher compensation, it is taking from the pay other workers.

“I think this is a problem of corporate governance and our tax policies, and it needs to be addressed,” said Mishel.

Proposed solutions include capping CEO compensation and taxing anything above the cap. EPI also suggests allowing shareholders and company workers to directly have a say in their CEOs' pay. However, both solutions are as controversial as the problem.