BYU vs. Army football game postponed due to 'small number' of coronavirus cases 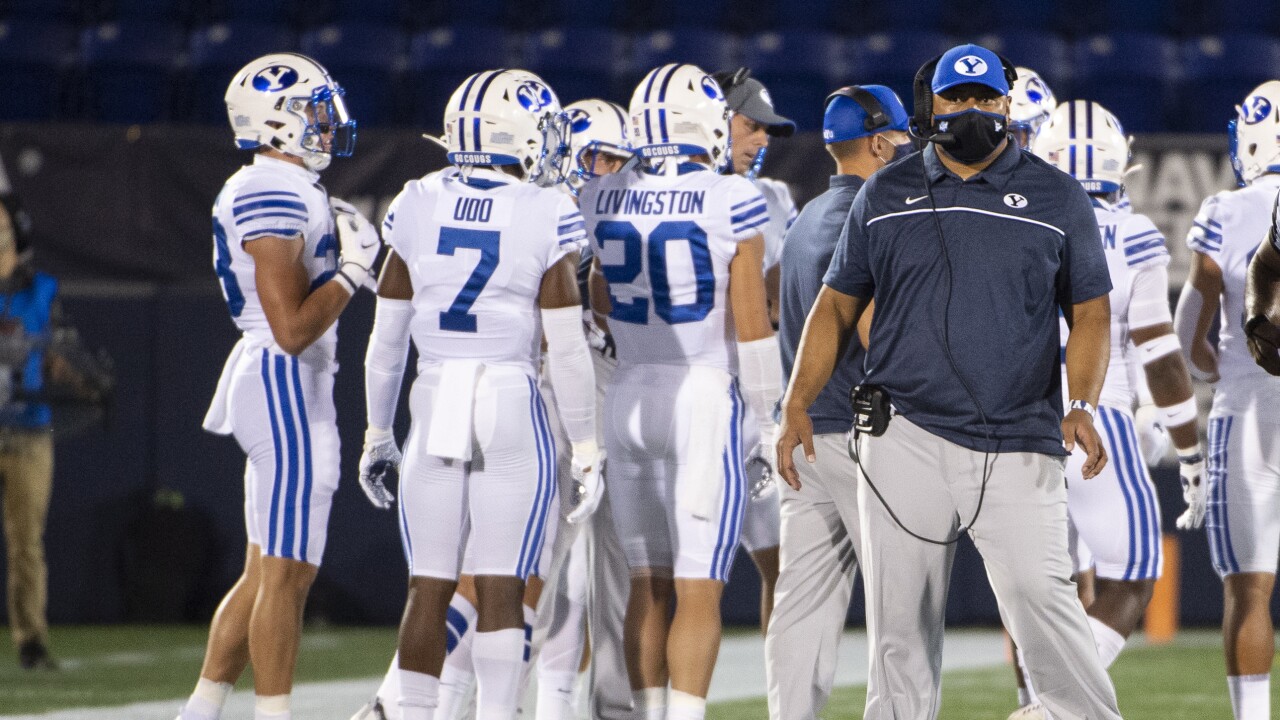 Tommy Gilligan/AP
BYU head coach Kalani Sitake stands with his team during the first half of an NCAA college football game against the Navy , Monday, Sept. 7, 2020, in Annapolis, Md. (AP Photo/Tommy Gilligan)

SALT LAKE CITY — A football game scheduled for next weekend between the Brigham Young University Cougars and the Army Black Knights is being postponed.

The matchup was scheduled for Sept. 19 at the United States Military Academy's football stadium in West Point, New York.

BYU announced Saturday that a "mutual decision" was made to cancel the game after "a small number of positive COVID-19 test results and the resulting tracing exposures within the BYU football program."

The conclusion was made after consulting with health officials and medical advisors.

“While we share the disappointment of everyone involved in the game between BYU and Army, safety as well as the physical and mental well-being of our student-athletes, coaches, staff and the opposing team is our top priority," BYU director of athletics Tom Holmoe said.

The teams are working to reschedule the game.

BYU is the only Utah college that has not postponed its football season this year.

The Cougars beat the Navy Midshipmen 55-3 in their opening game Monday and will face the Troy Trojans on Sept. 26 at LaVell Edwards Stadium in Provo.