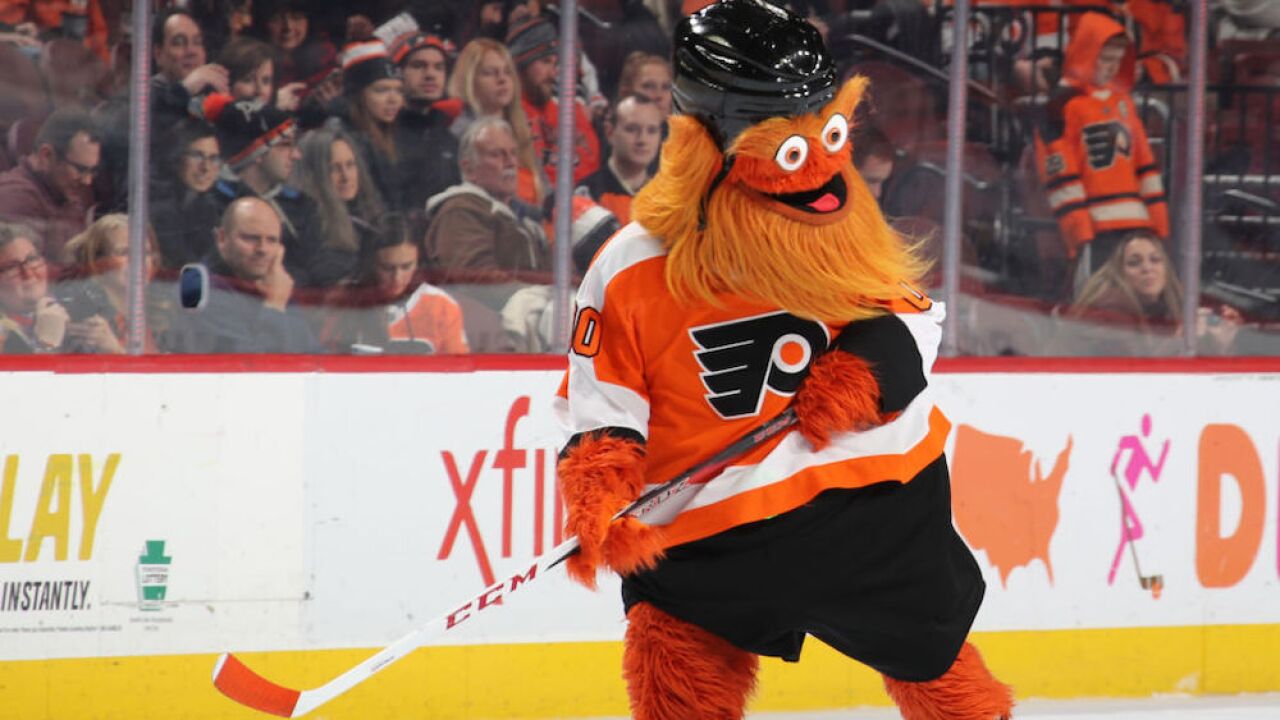 Police will not seek charges against Gritty, the Philadelphia Flyers costumed mascot after a Delaware man alleged that the mascot punched his 13-year-old son in the back at an event this fall, the Philadelphia Police Department said on Monday.

In a statement, the hockey team said it was "pleased that the Philadelphia Police Department concluded there was no merit to the alleged claim."

According to Greenwell, after the photo was taken, he gave Gritty a playful tap on the head. Then, Greenwell says that Gritty got out of his chair, took a running start, and hit his son in the back "as hard as he could," according to the Philadelphia Inquirer.

Greenwell also told the Inquirer he took his son to a chiropractor after the incident, where his son was diagnosed with a back bruise.

The Flyers told the Inquirer that it had conducted an investigation and found no evidence to support the claims. They also said there was no video of the incident.

When the Flyers did not offer any settlement or compensation to Greenwell, he took the matter to the police department. In January, he filed a report with the Philadelphia Police Department, and the department subsequently opened an investigation.

Gritty, a portly, shaggy orange anthropomorphic character with large googly eyes, was introduced as the Flyers' mascot in 2018. In that short time, Gritty has become one of the most recognizable mascots in the NHL and in American sports.