'Megadeath' and 'Lamb of God' announce 2020 tour across North America 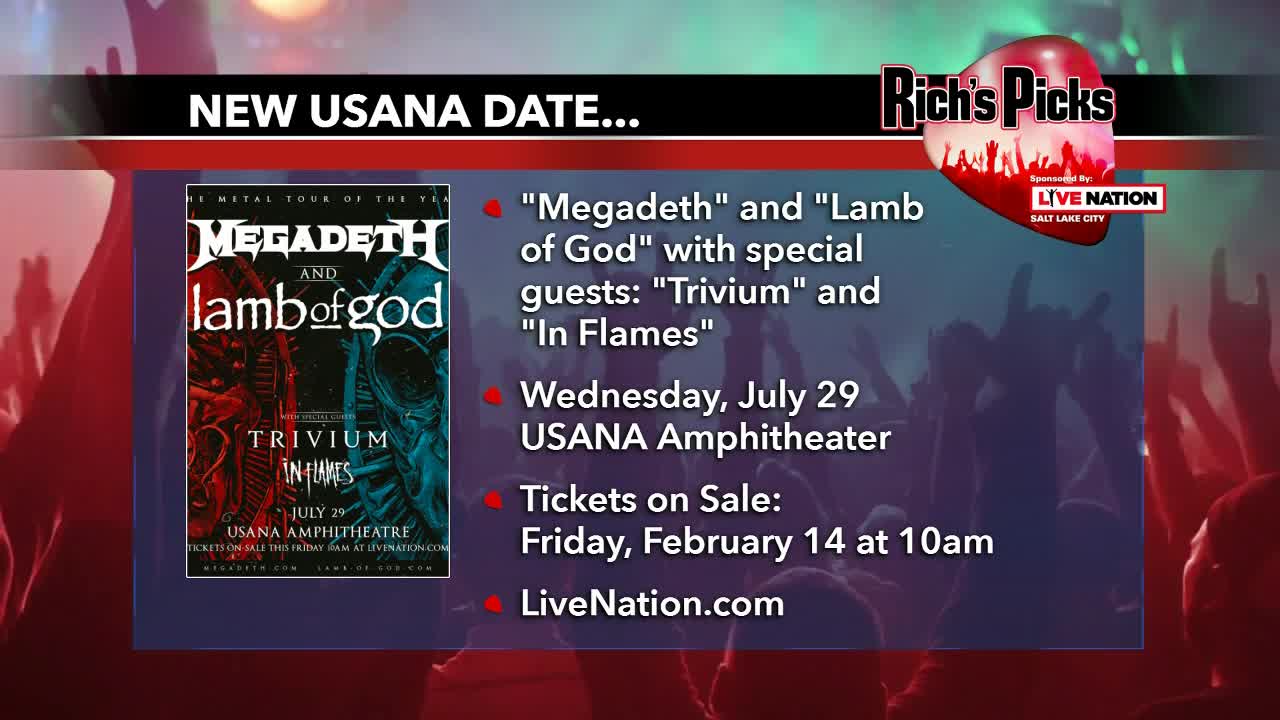 Megadeath and Lamb of God have announced a massive 2020 co-headline tour across North America with special guests Triviuim and In Flames.

They're stop in Utah is on Wednesday, July 29th at USANA Amphitheatre. Tickets go on sale Friday at 10 a.m. at livenation.com.

Also at USANA, Backstreet Boys! They're extending their highly successful DNA World Tour by bringing a date to town, Wednesday, August 12th. Tickets are on sale this Friday at 10 a.m. at livenation.com.