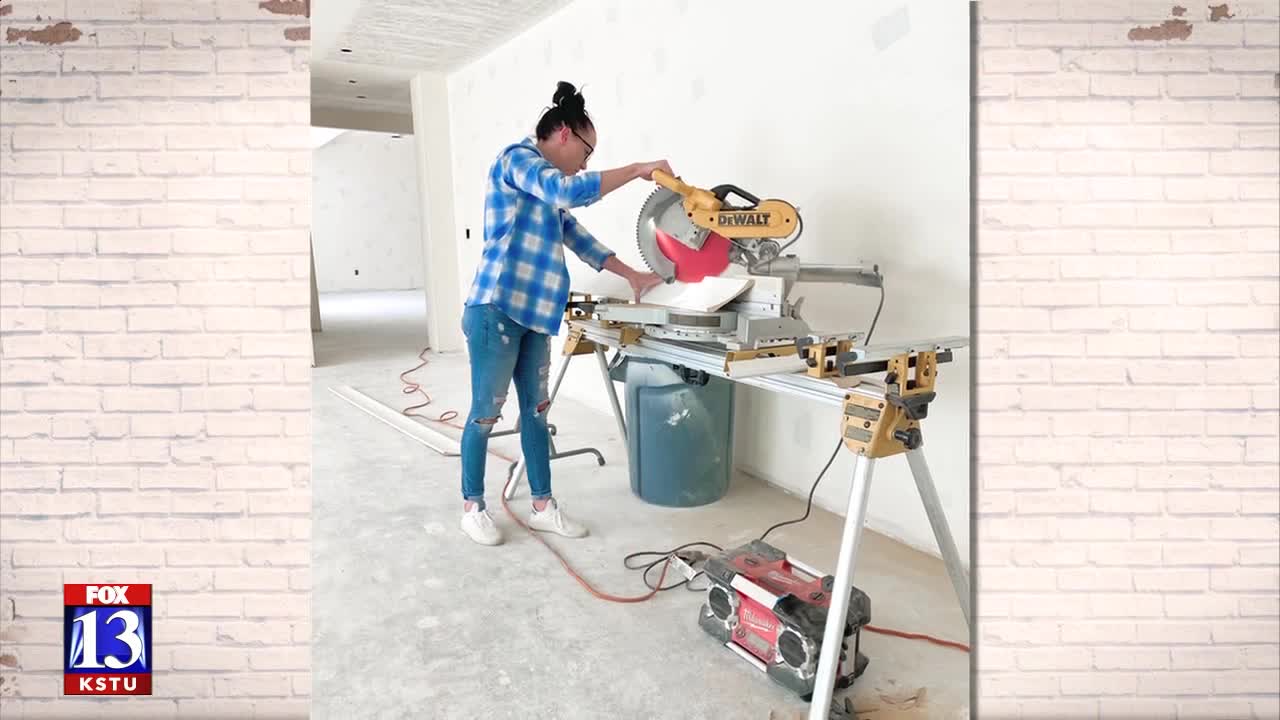 Utah contractor puts a face to the "hidden women in construction" by winning global competition.

This was the letter that a Utah general contractor received this May, after sharing her story on social media about being a lifelong "hidden woman" in the construction industry:

"Congratulations to Stephanie Sharp on being awarded our first Emily Warren Roebling Achievement Award recognizing her hard work and accomplishments in the trades, $5,000 to further her profession and career, and becoming a CAT Footwear brand ambassador. Thank you for representing the strength and tenacity of women in the trades!"

We got to talk to Stephanie about how it felt to be recognized, after years working in the industry at a design firm and Symphony Homes, as well as earning her real estate and general contractor's licenses.

"I’ve been on job sites since 6 years old," Stephanie said. "Construction runs in my blood."

Stephanie's hero and mentor, her father, owns Steven Dailey Construction, and finally hired his daughter to manage custom builds after a decade of paying her dues at other companies.

"I’ve been blessed with an incredible opportunity to wake up every day and go to work doing something I love, following in my dad's every footstep," Stephanie said.

Although she is grateful for the award, she didn't need it to inspire her to pay it forward.

"I am grateful for the opportunity to share my passion with young women, our future generation," Stephanie said.

Already on the board of directors for the Salt Lake Home Builders Association, she recently helped start a local chapter of Professional Women in Construction, and is in the process of launching a new project called, The House that SHE Built.

Utah Professional Women in Construction are breaking ground (that they purchased "highly discounted" by Oakwood Homes, according to Stephanie) on the project this September. They hope the new build will be featured in the 2021 Utah Valley Parade of Homes. The goal of the project is to employ as many women as possible: Tradeswomen; female workers; goods and services from female-owned companies; and goods and services from companies who agree to train existing female employees on advanced roles.

Not only will the project get both new and experienced women involved in construction, but will also create scholarships for women when the home is sold.