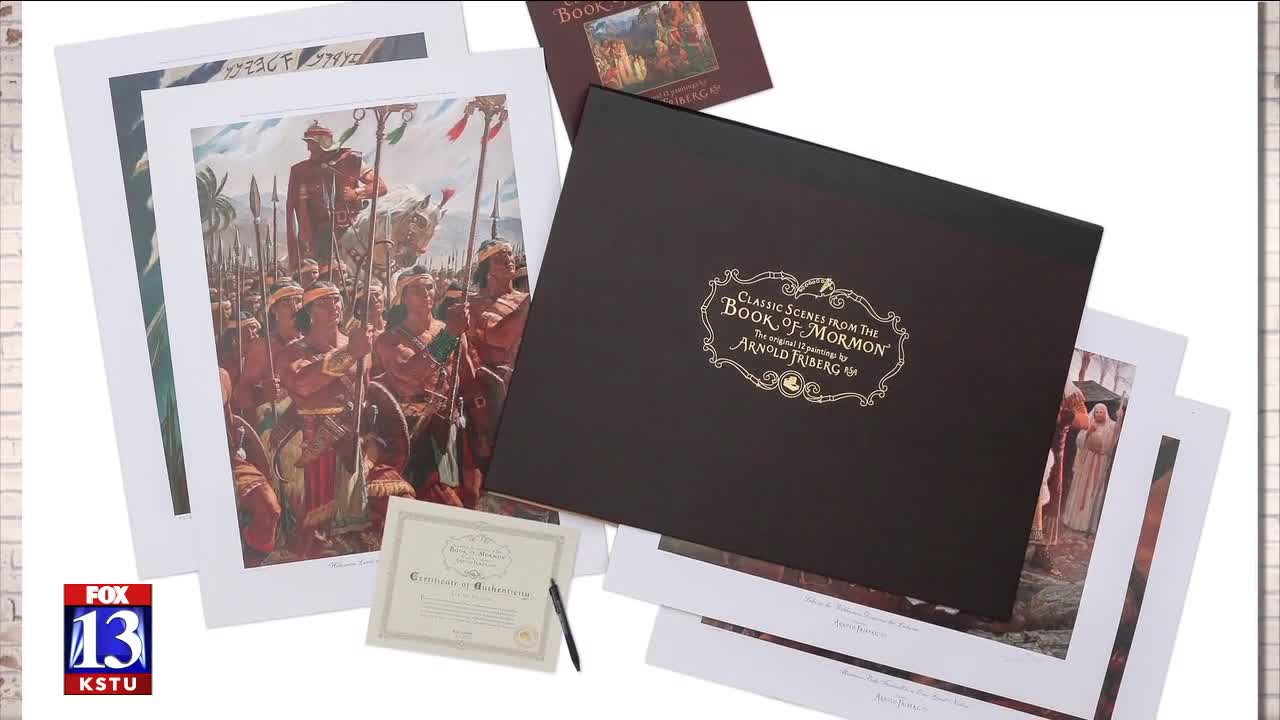 Learn the history of Arnold Friberg's 12 paintings that were in the Book of Mormon.

Arnold Friberg is an amazing American artist that moved to Utah from Arizona.

You are probably familiar with his famous paintings that were included in the Book of Mormon for so many years.

Chloe Ogan, Director of Marketing at Book of Mormon Classics, says many people don't realize that this artwork was originally meant to be a one-year series in the Children's Friend magazine and that's why there are 12 paintings. It was commissioned by the general primary president in the early 1950's.

There was a delay finishing the paintings because Friberg was asked to design the sets and costumes for the Hollywood film The Ten Commandments.

The 12 paintings were eventually finished and were loved so deeply that they were printed in the Book of Mormon for many decades.

Friberg's lifelong wish was to have his paintings reproduced in studio quality so people could enjoy them in their own homes. In 2000 the Church of Jesus Christ of Latter-day Saints authorized Friberg to reproduce 2000 sets. He personally hand signed and numbered every single lithograph.

Each set is delivered in a beautiful embossed portfolio and contains all 12 images hand signed by Friberg as well as a certificate of authenticity and a beautiful book written by Friberg explaining the inspiration and creation of each painting.

There are only about 1500 of the original left. This is the only Book of Mormon art ever signed by Friberg and there will never be another signature by him since he passed 10 years ago.

The art is now available exclusively at bookofmormonclassics.com. For two days, The PLACE viewers can use the discount code FOX13 for 10 percent off.