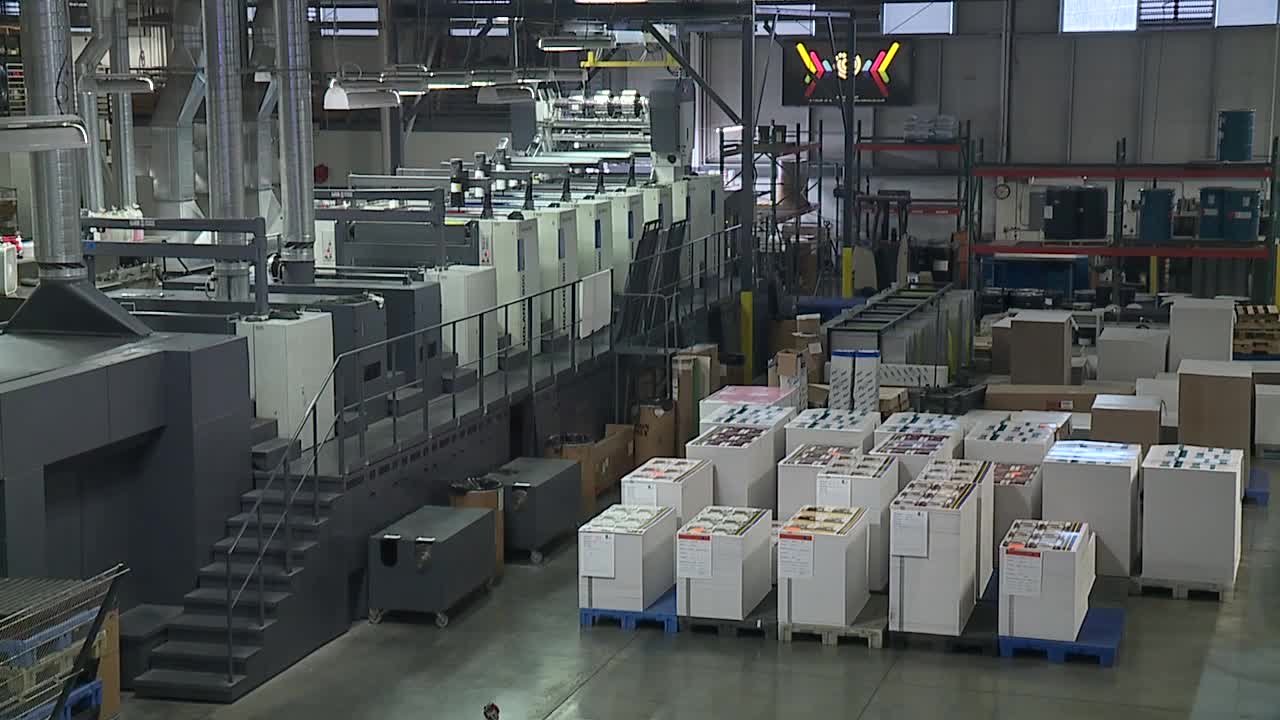 "It's not easy being green, or is it? The president of a Utah packaging factory - a business more than a century-old - said the company adopted green energy early on, and have been enjoying the money savings ever since.

We visited the Utah factory to see how they sustainably take their packages from tree, to box.

For Utah PaperBox company, sourcing from sustainable forests and diverting 90-percent of their waste from the landfill is now just business as usual. Their finishing plant is a LEED Gold-certified building, and an average of 20-percent of their power comes from solar.

That's all thanks to Stephen Keyser.

"I saw what they could do in California if we really tried, so I knew we could do it here," Keyser said.

Before he was president of Utah PaperBox, Keyser spent almost a decade in the eco-conscious Golden State working - and doing a little surfing, too.

Upon returning home, he couldn't find something that he'd gotten used to.

"There was no recycling and it really bothered me," he said. "That's when it first started to dawn on me that Utah needs to catch up."

Keyser said what grew from a love of surf and ski...

"If you're into snowsports, you're pretty sensitive about what's going on in the environment."

Became a call of duty.

"One of the things that really drove me to all this was our air quality," he added.

Rolling up his sleeves, he bought the company's first solar array in 2009, and became one of the top 10 producers of solar energy in the state.

Since then, the company has also provided employees with free charging stations in the parking lot, encouraging many team members to switch to electric cars.

And instead of burning a machine-washing byproduct, he invested in a way to reuse the solution.

"It was $100,000 but in four years it paid for itself," he remembers. "I think people need to think of things over the long haul, and not the short term."

Because of the work Utah PaperBox is doing to prevent waste and to conserve energy in Utah, the business is the recipient of this month's Zero Waste Hero Award, brought to you by Smith's Food and Drug, and Fox13 News.

Aubriana Martindale with Smith's Corporate Affairs, along with Amanda Jones of Fox13, presented Steve with the award this month.

"It's been so inspiring to hear how forward-thinking you are when it comes to the operation of your business and making a conscious effort to be a good steward of the environment," Martindale said. "So, in partnership with Fox13 and Smith's, we would like to honor you and the Utah PaperBox as our Zero Waste Hero for the month."

Know any organizations or people working to end waste or hunger in Utah? Email Amanda at amanda.jones@fox13now.com.