Zero Waste Hero: Taking the waste out of craft brewing 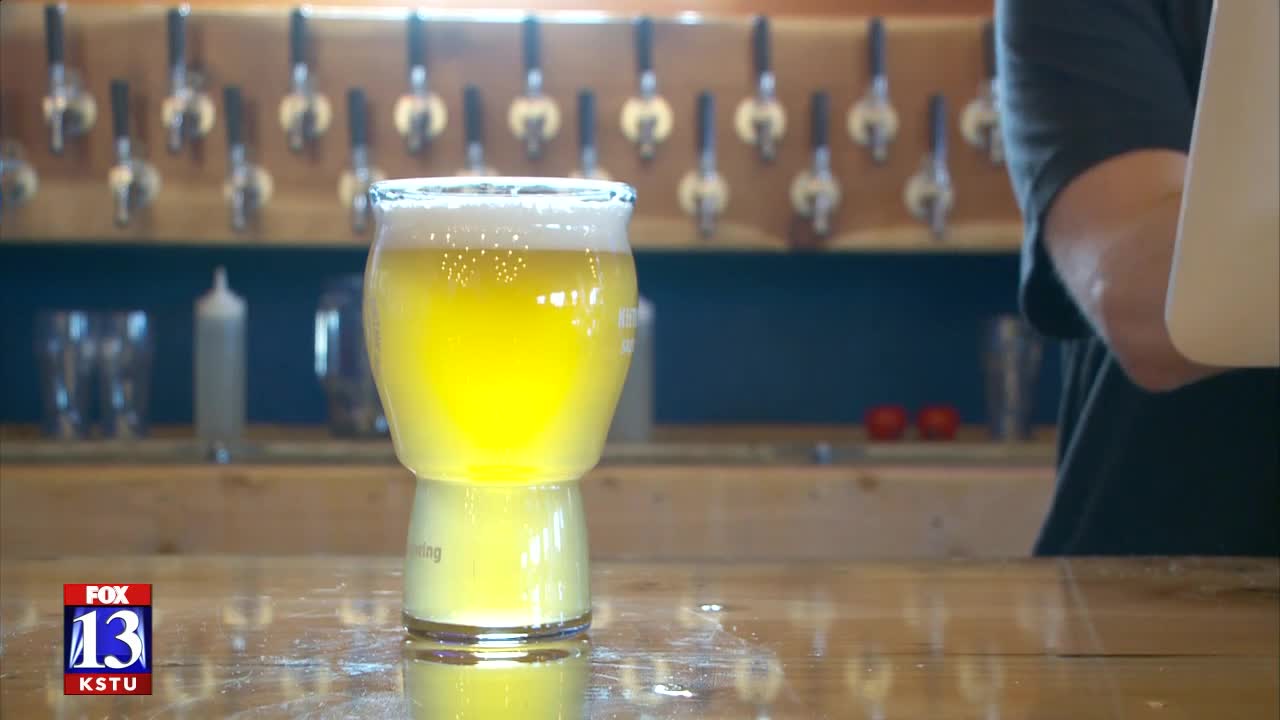 It takes a special type of person - or in this case, a special business - to disrupt an entire industry. Amanda B. Jones found out how Kiitos Brewery of Salt Lake is turning an arguably wasteful process, into an opportunity to reduce and recycle, in this month's Zero Hunger/Zero Waste Hero presented by Fox13 and Smith's.

"It's just the right thing to do," says Kiitos Marketing Manager Rachel Bell, whose eyes light up when she talks about the ways their cold ones help provide a livelihood for Utah refugees, school supplies for Utah kids, and even natural gas for city buses.

Kiitos sets a new standard with its high-efficiency brewing system.

"We use 40-percent less water in a brewing cycle per batch of beer than a traditional brewery would," Rachel beams. "We also use 20-percent less grain, and have less spent grain at the end."

And the little waste that remains, is put to good use.

Excess materials and objects get donated to organizations like the Clever Octopus and Utah Arts Alliance to become supplies for upcycled art projects.

Any leftover spent grain goes to - not the birds, but - the goats! This nutrient-rich feed is offered free to Utah's group of International Goat Project refugee farmers.

Finally, when Kiitos empties their tanks, any remaining organic matter doesn't hit the landfill. Instead, it feeds an innovative system at Wasatch Resource Recovery called the anerobic digestor, which we featured in a previous Zero Hunger/Zero Waste Hero.

The digestor transforms organic compounds into natural gas, which gives back to the community by fueling vehicles and heating houses and buildings.

"To me thats one of the coolest, most sustainable things we could have done," Rachel said.

Fresh off winning a Zero Waste Innovation Award from the Utah Recycling Alliance, Kiitos Brewery has earned another accolade from Fox13 and Smith's.

With a new Zero Hunger/Zero Waste Hero award to show off, Kiitos Brewery wants you to know they are open for in-person entertainment and growler carryout. You can find their sustainable subs in bottles and cans in stores like Smith's.

Find out more at www.kiitosbrewing.com. Thanks to Catalyst Magazine for nominating them!