Utahns making portable ventilators that could treat people with COVID-19 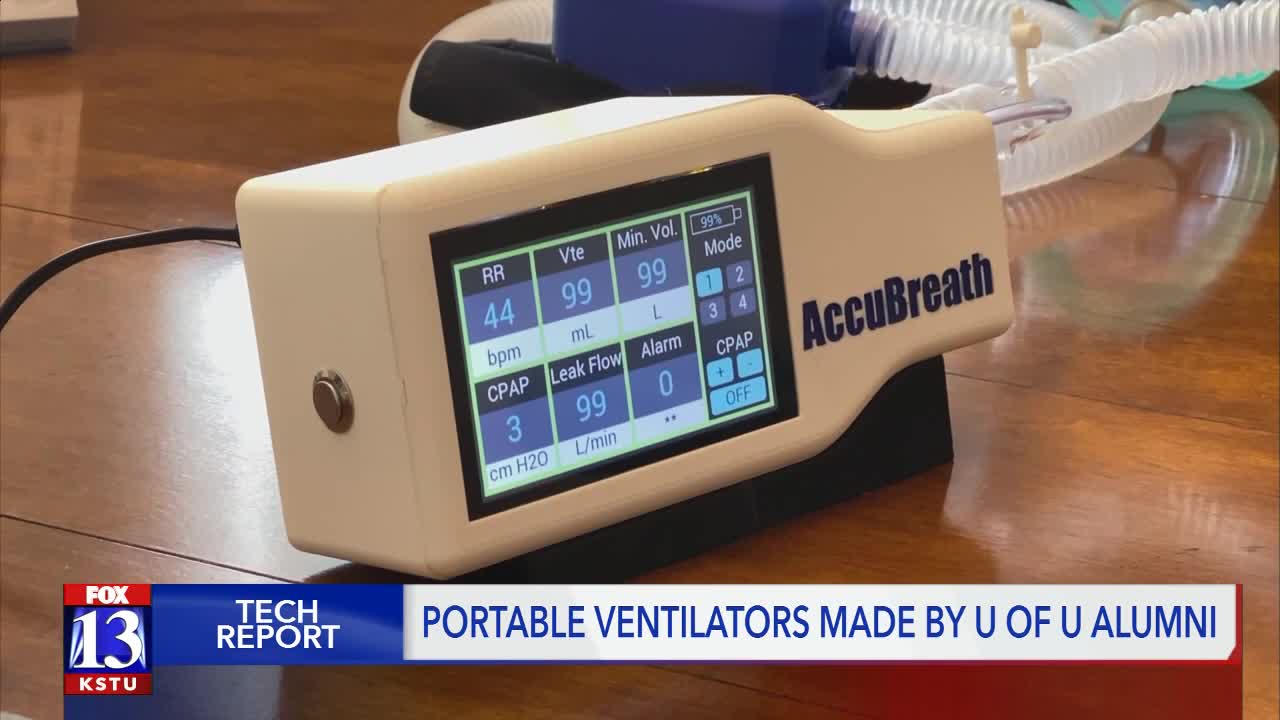 Ventilators are in high demand amid the COVID-19 pandemic, but a new portable ventilator being made in Utah could help those with less severe symptoms if it's approved by the FDA

SALT LAKE CITY — Ventilators are an important part in helping some people recover from COVID-19, in particular those who are having difficulty breathing.

While big companies like Dyson, Ford, General Motors, and Tesla have committed themselves to making ventilators, they still cost a lot of money, aren't portable, and require extensive training to use.

This is where Utah-based "AccuBreath" could help bridge the gap.

Dr. Mike Fogarty, the Chief Technology Officer and Co-Founder, started working on this device 8 years ago while studying at the University of Utah.

"The ventilator that we’re developing its much of that same technology, in a much smaller and compact package that’s easy to use for someone that doesn’t have any training," said Fogarty.

The makers of this portable ventilator say it can be plugged into a main power source or be used with a rechargeable battery.

The casing of the current prototype is 3D printed, lowering how much it costs to make it.

Fogarty said he originally planned on making something that could replace a bag valve mask. That's the equipment that EMTs would typically use to keep someone breathing until they got to the hospital.

After some clinical studies at the U of U, Fogarty said he later realized his invention could help more people, especially those fighting off COVID-19.

Spencer Madsen, the CEO and Co-Founder of AccuBreath said, "Our device is very interesting, because unlike some other ventilation technologies, it’s very adaptive, so it can be used during emergency use, or be part of a transport ventilator, on an ambulance or a helicopter."

The makers of the portable ventilator say it's only designed for temporary use, but it could be sent home with a COVID-19 patient who is experiencing less severe breathing problems.

Now AccuBreath's co-founders are hoping to get emergency use authorization from the Food and Drug Administration.

Fogarty said, "We’re finalizing our prototype that we will be using for FDA testing and we’re hoping to have our FDA submission in by the end of this year."

Madsen and Fogarty think they could start making their ventilators sooner if they get more financial support.

Up until this point, they've had their research and development funded by grants, including one from the National Science Foundation.

"We’re confident that if we had the right resources in place now, we could be manufacturing and selling in 60 to 90 days," said Madsen.

For now, all they can do is push forward with their end of year goal in hopes that they can be ready in time for any potential second wave of COVID-19 or any other virus that attacks the respiratory system.

AccuBreath's co-founders say they're open to any opportunity that would help them get their portable ventilators into the hand of those that need them the most.