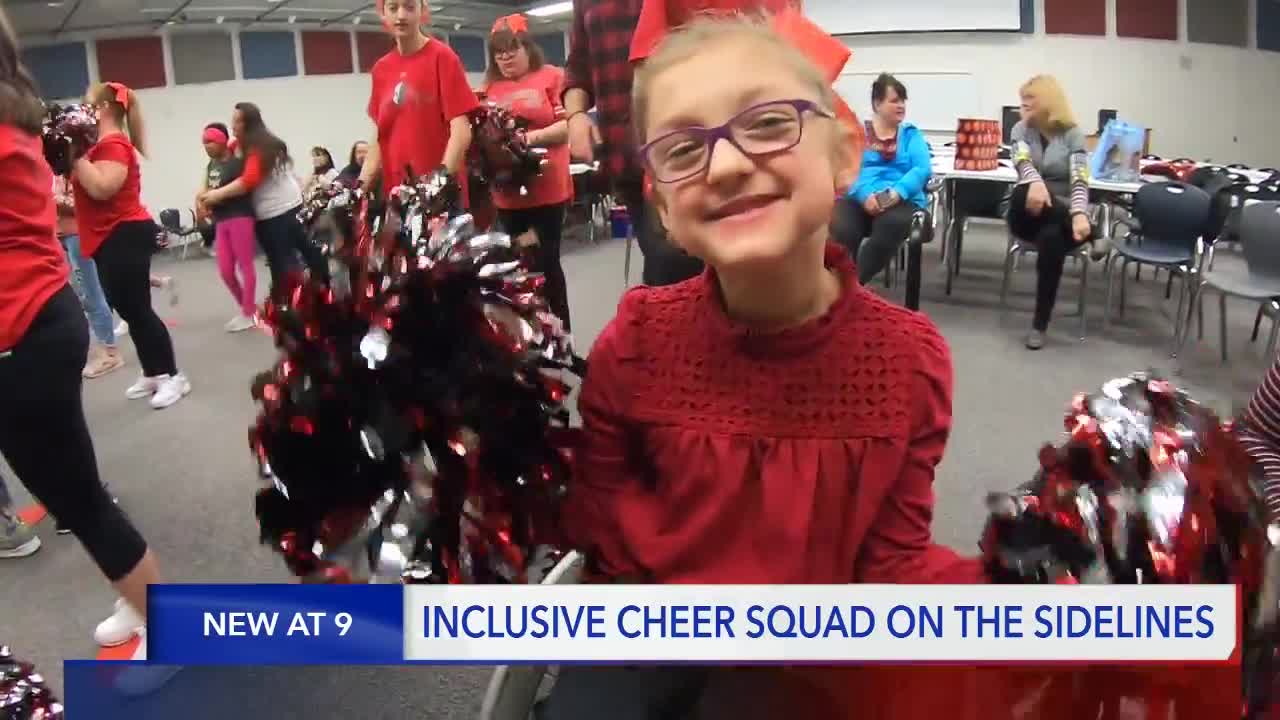 They’ve got energy, excitement and spirit! FOX 13 takes a look at Utah’s first special needs cheer team, bringing inclusion to the sidelines and beyond.

HERRIMAN, Utah – They’ve got energy, excitement and spirit! FOX 13 takes a look at Utah’s first special needs cheer team, bringing inclusion to the sidelines and beyond.

“One, two, three, four!” Chelsea Lopez called out as she led a group of cheerleaders through a dance in a room at Herriman High School.

“Shake, five, six, seven, eight!” Chelsea shouted as the group did a spin.

With big bows, and even bigger personalities – this cheer squad has all your typical, ‘ra-ra-sis-boom-bah,’ but they’re unlike anything you’ve seen before.

“They might be seen as different, but different is okay,” said Chelsea.

This is Inclusion Cheer. A powerhouse squad of kids, teens and adults that create Utah’s first special needs cheer team.

“It’s just a way to show people they can do hard things just like we can,” Chelsea said.

“I just decided I would have something for them, that I got to have in high school,” said Chelsea.

“One day I just saw in my classroom the word ‘inclusion’ and I was just like, ‘that’s perfect,’” said Chelsea. “That’s exactly what I tell people my team is all about, and what I want in this whole life, is for them to be included.”

The group is open to anyone eight and older, who is intellectually different. They practice once a week for an hour and then perform in front of audiences at charity events, different high school games and youth events.

“When you see them out there [performing], their faces just light up,” Chelsea smiled. “We just want to support any kind of community that will allow us to be there.”

The group does everything you would expect a cheer team to do. But when you add together some tumbling, choreographed dances, memorized cheers and plenty of spirit – you get something extraordinary.

“It’s just life changing,” Lisa Pauley said as she watched her son practice. “I have never seen anybody love something so much.”

Lisa’s 15-year-old son Davis was diagnosed with autism when he was three years old; at that time, he lost all verbal communication skills.

“In a weird way it gives him a voice,” Lisa said. “He’ll do something or show an emotion you haven’t seen since his autism hit him.”

Lisa said Davis was one of the first to join Inclusion Cheer. In less than a year, her son has transformed.

“Of all of the therapies we’ve ever been to, or anything like that over the years, nothing has benefited him as much as this has,” said Lisa. “He’s following directions more, he’s less noise sensitive, he’s interactive with people, he’s making much more eye contact -- I think all of this has benefited him greatly.”

The experience has been ‘life changing’ for Lisa, her husband and Davis.

“As a special needs parent, you’re always thinking about the things they’re going to miss out on or not be a part of, and this in a way fills that gap for me,” Lisa said. “My husband and I, we’re thrilled every time that he’s got a little normality in his life.”

Davis is one of 25 people donning the Inclusion Cheer uniform.

Intellectually, they may be different – but on stage, they shine.

“They have the ability to do anything they set their minds to,” Chelsea said. “It doesn’t just pertain to cheer, it’s everything in life.”

Inclusion Cheer is open to anyone over the age of 8 – however, the team has been so popular organizers have decided to start a ‘mighty minis’ team which is open to intellectually different kids between the ages of three and seven.