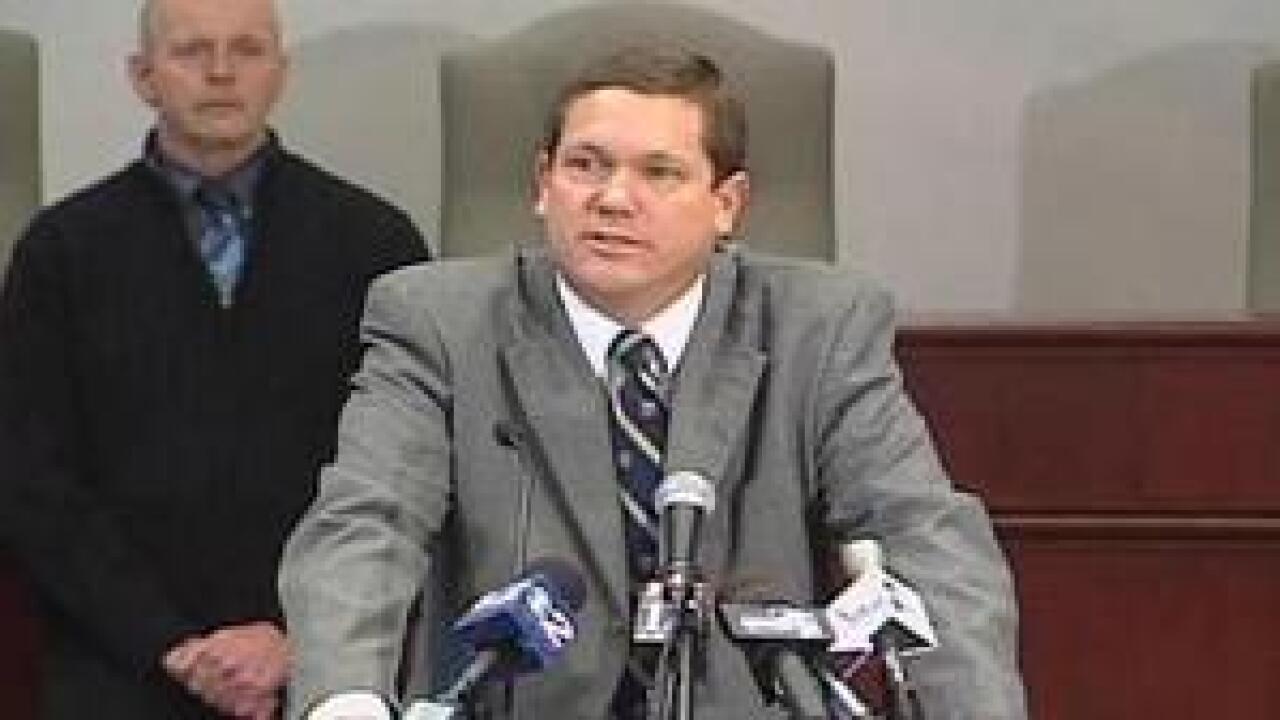 Many of the officers came under fire as they tried to render aid to their injured comrades, Weber County Attorney Dee Smith said.

He later told FOX 13 he intended to seek the death penalty against suspected shooter Matthew Stewart, when he is formally charged. Over the weekend, crime scene investigators found a “suspicious device” in a closet inside Stewart’s home, Smith said. The bomb squad was called out to detonate it. “We felt the boom,” said Kevin Wood, who lives nearby and watched the events unfold on Saturday night. “It was loud enough that you knew it wasn’t just a backfire or something like that.” A spokesman for the Bureau of Alcohol, Tobacco, Firearms and Explosives told FOX 13 it was not a bomb, but rather “explosive materials.” Also inside the home, authorities confirmed, was a photograph that depicted Stewart as a “terrorist.” However, Smith said there is no evidence to suggest the veteran has any terrorist sympathies. “What I was told was it appeared to be a recent photograph based on his beard size that depicted an individual dressed as a terrorist with some kind of bomb device,” Smith said. Outside Stewart’s home was evidence of what Smith termed a “massive crime scene.” Bullet holes riddled a fence. Markers were taped throughout the backyard and on a neighbor’s house, giving a sense of the massive scale of the shooting. “There were A LOT of shots fired,” Smith said, declining to give an approximate count. Smith said that the officers, all agents with the Weber-Morgan Narcotics Strike Force, had been trying unsuccessfully to serve the warrant at Stewart’s home, when they conducted the “knock and talk” warrant. When they entered the home, gunfire erupted. Agent Jared Francom was shot and later died from his wounds. Many of the other officers, Smith said, came under fire as they tried to render aid. “I’ve seen suggestions it was friendly fire,” Smith said. “That does not appear to be the case.” Smith said he planned to file formal charges against Stewart once he was released from the hospital, where he is under armed guard. Those charges include aggravated murder, eight counts of attempted aggravated murder and cultivation of marijuana. “A number of individuals were wounded as they were giving aid and trying to remove fallen officers from the scene,” Smith said of the eight counts of attempted murder. Asked if he planned to pursue the death penalty against Stewart, Smith replied bluntly: “Yes.” Ogden police officers Shawn Grogan and Michael Rounkles were listed in fair condition at McKay-Dee Hospital on Monday. Officer Kasey Burrell was hospitalized in critical condition. Weber County Sheriff’s Sgt. Nate Hutchinson was released from the hospital over the weekend. Roy police officer Jason VanderWarf has also been released. Ogden interim Police Chief Wayne Tarwater told reporters Monday that he had visited the officers in the hospital and they were “pretty sore, but resting.”