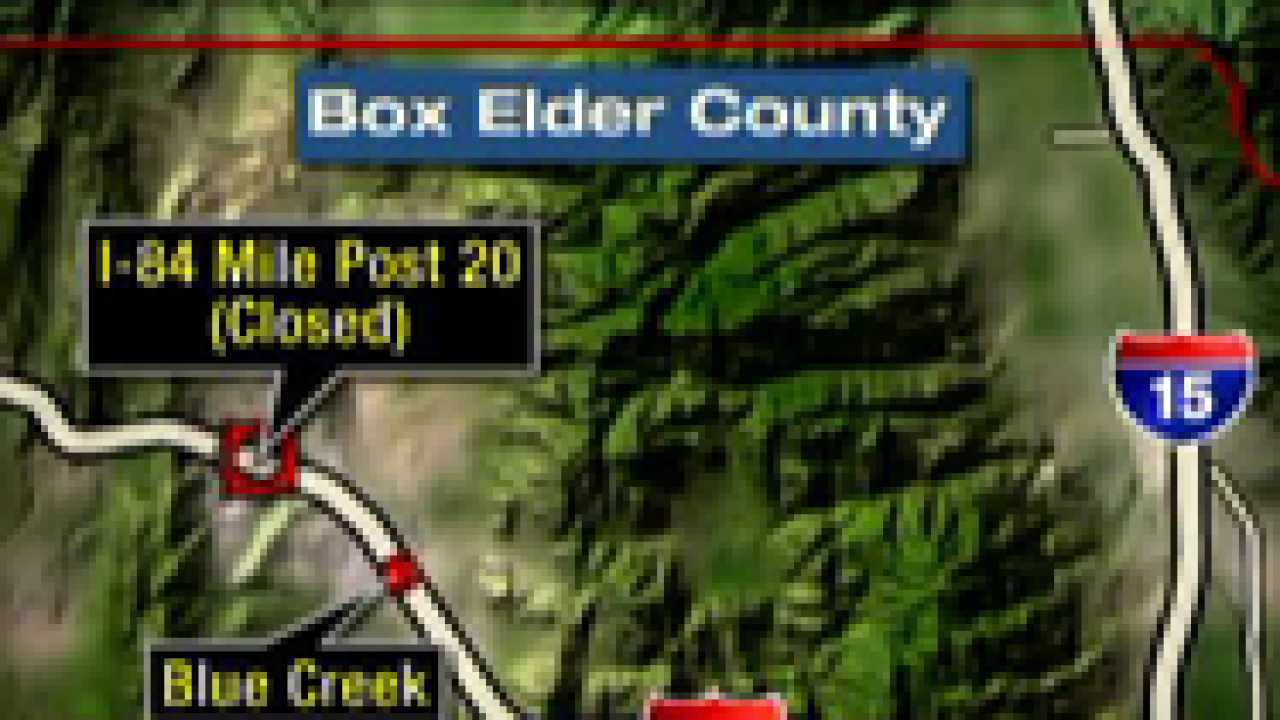 Crews in Box Elder County are on the scene of an Interstate 84 crash involving three semi trucks.

Eastbound I-84 is reduced to one lane near milepost 20, just south of the Idaho border. Westbound has been reopened.

The Box Elder Sheriff&apos;s Office says that four people were injured in the crash. One had to be flown to a hospital, but there is no word on condition.

One of the semis involved is a tanker, but no hazardous material is leaking.