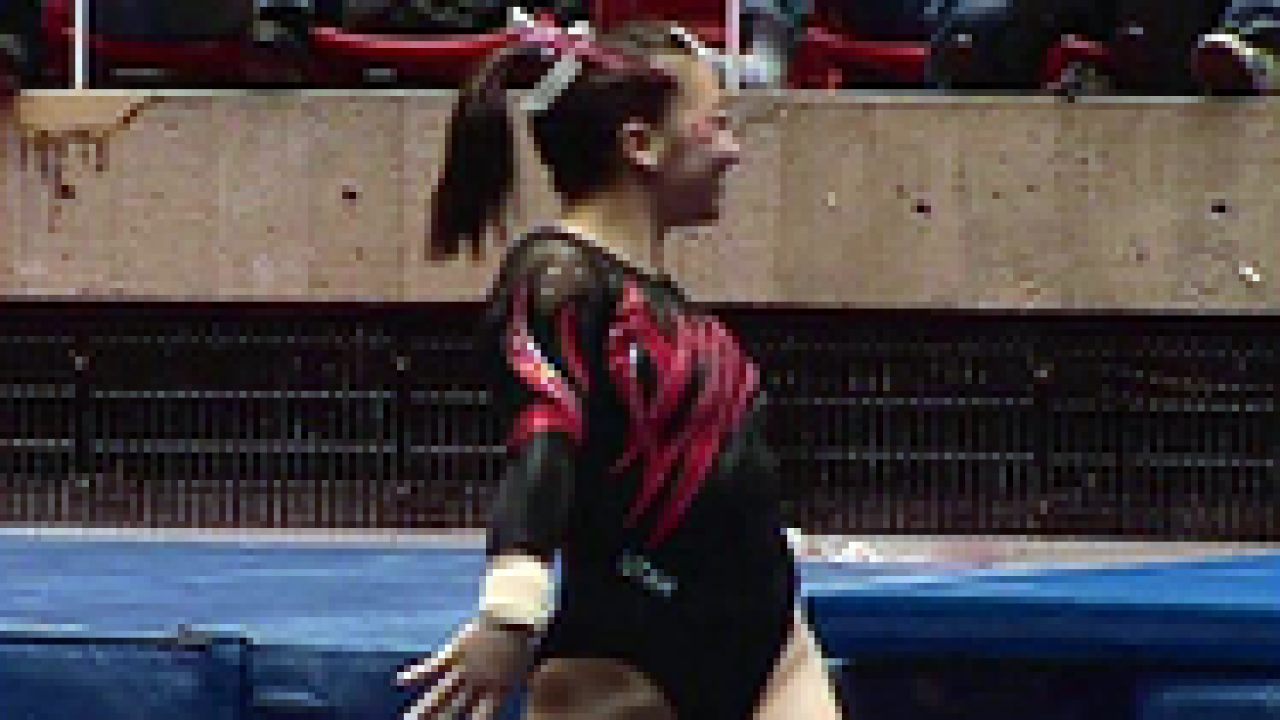 The third-ranked University of Utah women’s gymnastics team came back from a bye week with a season-high score to top Brigham Young University 197.550-194.450 in front of 15,310 fans Friday night.

Freshman Kailah Delaney, who is currently sixth in the nation on vault, scored a 9.950 to win the event as Utah fell slightly from their score against Utah State two weeks ago to finish with a 49.300.

Despite a bit of a rough opening on vault, Utah came back in full-force on bars. Freshman Kassandra Lopez opened the set for the Red Rocks with a 9.850. Sophomore Nansy Damianova fell on a release move and finished with a 9.275, but the rest of the Ute gymnasts came back, each scoring a 9.90 to for a four-way tie for first on the event and a team score of 49.450.

Utah, who sits atop the national rankings on beam, topped their season high score with a 49.350, despite wobbles from typically-strong senior and all-around competitor Stephanie McAllister, who scored a 9.725 on the apparatus.

Four of six Utah gymnasts tied or topped season or career personal best scores on the beam. Senior Cortni Beers had a record-setting night, scoring a personal best 9.90 on both bars and beam, topping the marks in both events. Sophomores Mary Beth Lofgren and Corrie Lothrop added 9.875s.

Utah, currently ranked in the top spot nationally on floor, scored another season high on the floor with a 49.450 on the event. Lothrop scored an event-best 9.925 on her routine, followed by 9.90s from McAllister and freshman and lead-off competitor Becky Tutka. Freshman Georgia Dabritz, who scored a 9.975 two weeks ago against Utah State, added a 9.875.

Utah welcomes longtime rival Georgia, currently ranked 7th in the nation, next Friday in the Huntsman Center at 7 p.m.

BYU, who came off a 194.80-194.050 victory last week against Southern Utah University, will host Boise State next Saturday in their first home meet of the season.