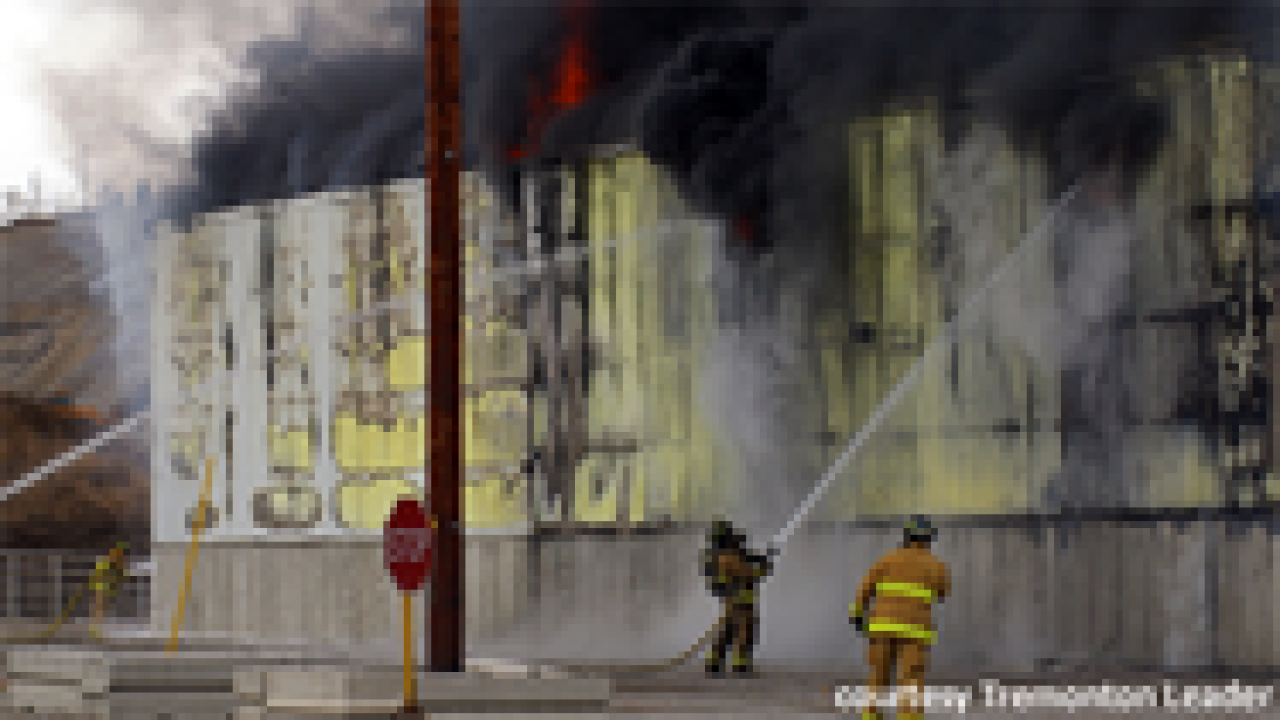 Crews are on the scene of a fire at a Box Elder County recycling plant.

Dispatch reports that the building was fully engulfed in flames and that there have been multiple explosions.

The Box Elder County Sheriff says that the fire started at about 1:40 p.m. when sparks from welding equipment used by workers putting an addition on the building hit a pile of wood and plastic, setting it on fire.

The flames spread quickly, destroying the entire building. Crews say that the building is a total loss and all that remains is the foundation.

State Road 38 is closed at Deweyville until firefighters declare the fire completely out.